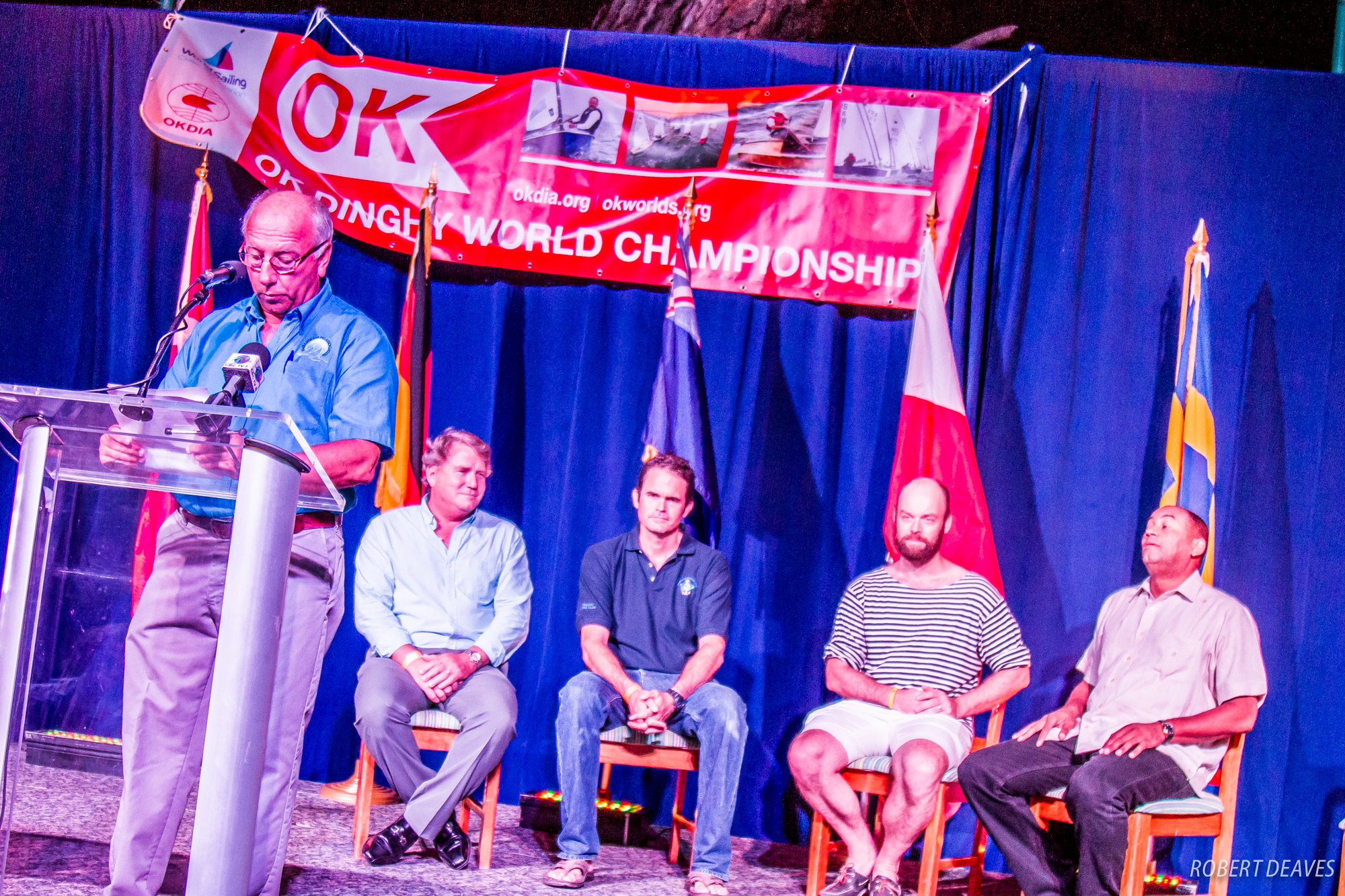 Sailors were confronted with fantastic sailing and fabulous hospitality, all based in a stunning location at the Barbados Yacht Club and Barbados Cruising Club. It is simply idyllic.

The practice race on Friday afternoon signalled the end of preparation and measurement and was followed by an exceptionally welcoming opening ceremony in the grounds of the Barbados Yacht Club attended by the commodores of both clubs, the President of the Barbados Sailing Association and the Minister of Tourism and International Transport.

Commencing with the Barbados national anthem played by a young trio on steel drums, Gus Reader of the Barbados Sailing Association welcomed the assembled sailors and guests. He spoke of the legacy of bringing sailing events to the small island nation of Barbados.

“We ask no more that these events leave a legacy to Barbados sailing, in particular the youth sailors because the youth are our future,”

Wishing the sailors well he said, “Conditions here are very sweet but there is a kick to them.”

In an eloquent and informed speech, Minister Sealy added, referring to the Finn World Masters next week. “The word is out that Barbados is serious about sailing and its tourism package and it is fitting that 2017 has not one but two events.”

“We salute everyone for making this possible. We want to see the sailing community expand. Barbados has a history of seafaring so by developing a legacy of sailing events we think we can develop the sailing youth of Barbados.”

Turning the focus back to the OK Dinghy sailors he said, “Now we have the real sailors in the one man boats we are going in the right direction. Let the real sailing begin.”

The real sailing began earlier in the day and if the practice of Friday was anything to go by, the 2017 OK Dinghy Worlds will be something special.

In his first international OK Dinghy race in his new boat, Chris Turner from Great Britain favoured the right side on the first beat and led all the way round to win the practice race and the Svend Lehn Memorial Trophy from Greg Wilcox of New Zealand and Nick Craig from Great Britain.

The first two races for the world title are scheduled to start at 12.30 on Monday. The series will be contested with a 10 race series concluding on Wednesday 31 May.