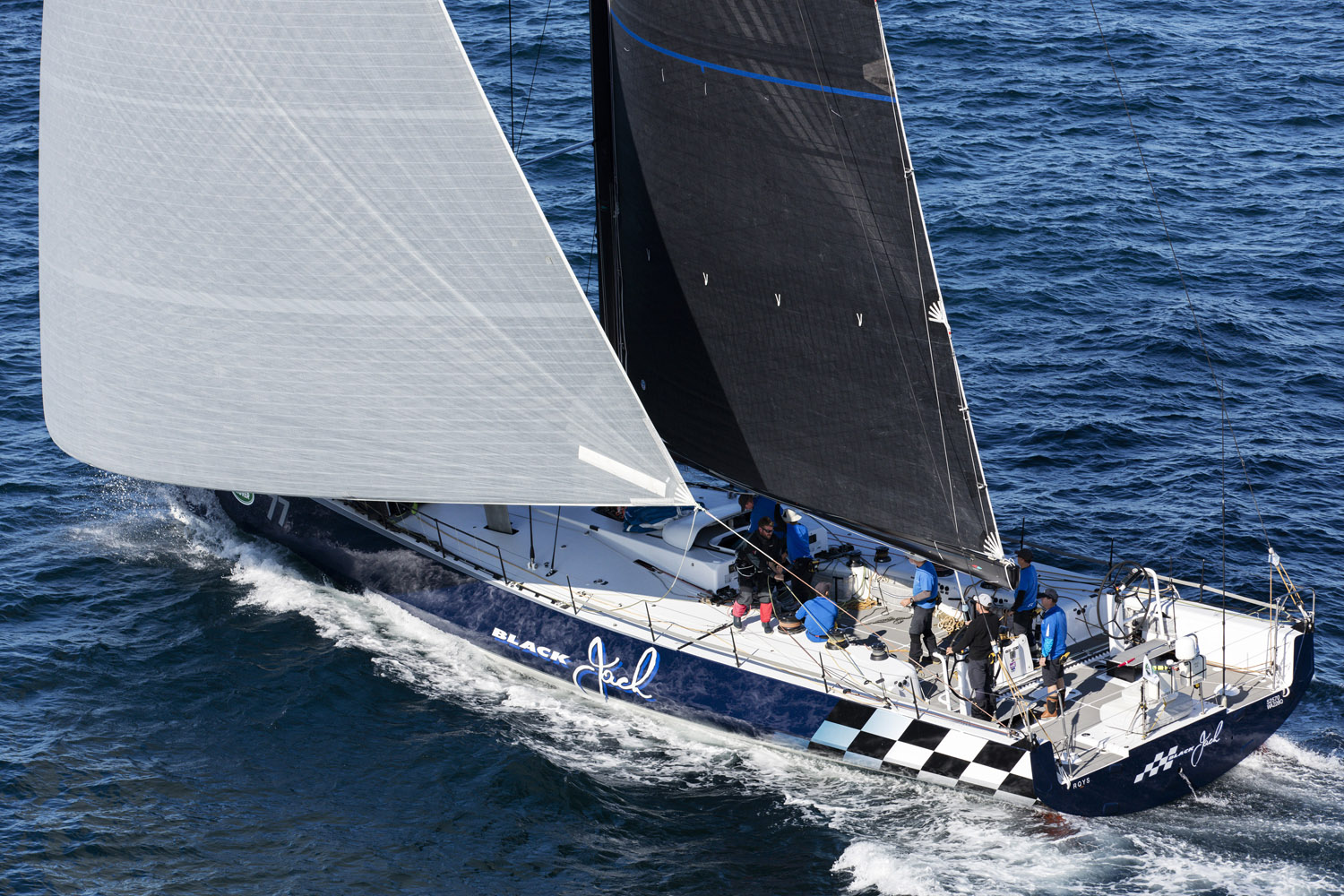 A fleet representing all six Australian states will thrash it out over the weekend in CYCA Trophy – Passage Series, as boats from Queensland, Western Australia, Victoria, South Australia and Tasmania prepare to take on the locals in the Cruising Yacht Club of Australia hosted event.

Peter Harburg has sailed Black Jack down from Queensland. Skippered by Mark Bradford, the VOR70 is the main line honours contender, but is also a good chance for overall honours, having won and placed in several events in the last two years.

Western Australia is represented by Indian, the Carkeek 47 owned by Craig Carter which finished eighth overall in last week’s Bird Island Race. It was her first regatta since arriving in Sydney and Carter and crew are ready for round two.

Chutzpah, the Caprice 40 owned by veteran yachtsman, Bruce Taylor, finished runner-up in the Rolex Sydney Hobart Yacht Race last year and arrives ready to prepare as he attempts to win the Hobart for a 35th time, having come so close more than once.

South Australia will unveil an unknown quantity in Jason Ward’s Concubine, a brand new Mills 45 which will pit herself against some of her Rolex Sydney Hobart competition for the first time this weekend.

Cougar II, Anthony Lyall’s TP52 from Tasmania has been here before and knows the ropes. Lyall and his yacht have the rare distinction of breaking not just a Maria Island race record, but breaking it a second time last year and claiming line honours for a third time this year.

All of these yachts are headed to Hobart on Boxing Day. They will be joined by NSW entries in the race including Matt Allen’s TP52 Ichi Ban. He has proved the boat is quick, winning at Airlie Beach Race Week and finishing second to the brand new Beau Geste at the Australian IRC Championship at Hamilton Island in August.

Ichi Ban will enjoy intense competition from within the class in Cougar II, Paul Clitheroe’s Balance and for the first time, Koa, recently purchased by Peter Wrigley and Andy Kearnan, who will skipper her this weekend. May the best TP52 prevail.

Sibby Ilzhofer will be the lone female owner/skipper on the line, having put in some miles sailing Dare Devil down from Newcastle. She sailed the Farr/Cookson 47 to Hobart last year and won the Jane Tate Memorial Trophy for the first female skipper to finish the race, a trophy she is hoping to positively defend this year.

Saturday’s race will also double as a CYCA Ocean Pointscore Race. The series is currently led by Midnight Rambler, the Ker 40 owned by Ed Psaltis, Michael Bencsik and Bob Thomas. Psaltis is off the water, trying to recover in time for the Rolex Sydney Hobart from fractured ribs and vertebrae. Five and eight points behind respectively are Julian Farren-Price’s Cookson 12, About Time,  and Steven Proud’s Kernan 44, Swish. All three are entered.

Racing in the annual CYCA Trophy Series, conducted under IRC, ORCi and PHS, starts from 11.00am on Saturday and Sunday. Principal Race Officer, Denis Thompson will select the courses on the day, decided by the weather. Courses range in size from 17-27 nautical miles and start from Shark Island and finish at Watsons Bay. In the case of heavy weather, Thompson will set a Harbour course.