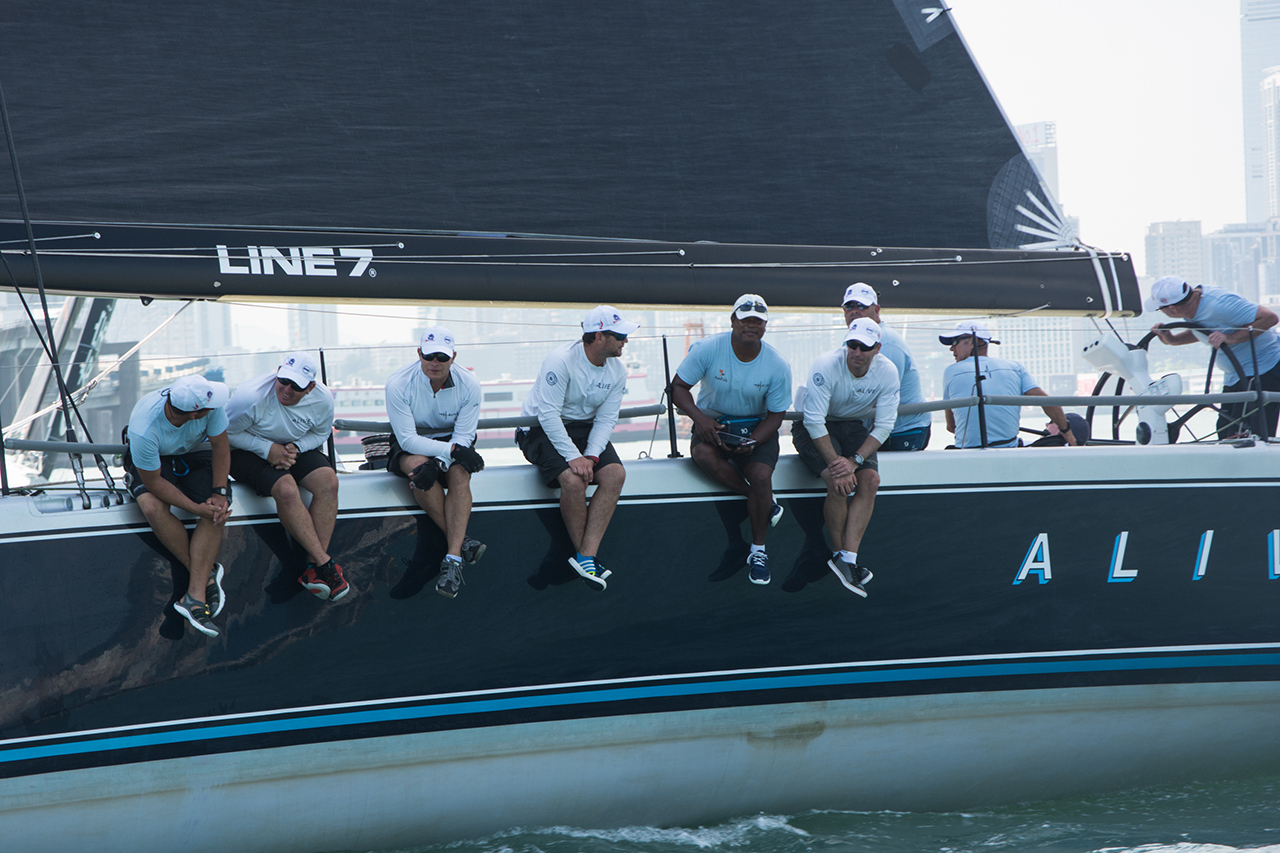 Australian entry, Phillip Turner’s Reichel/ Pugh 66 Alive, sailed into Nha Trang, Vietnam this afternoon on a two sail reach, popping their kite at the cardinal mark just before the finish to take the line honours in the 2017 Volvo Hong Kong to Vietnam Race.

The next boat expected to arrive is Vincenzo Onorato’s Matteo Savelli skippered Cookson 50 Mascalzone Latino which currently leads IRC Racer 0 and IRC Racer overall. Her tactician, Adrian Stead, a well-known international sailor who has competed in the America’s Cup and Olympics was interviewed before the race kicked off in Hong Kong.

“The Volvo Hong Kong to Vietnam Race is a pretty hard core offshore and it starts in a great place,” Stead said.

“The boat is on its way to the Rolex Sydney Hobart Yacht Race in December and we saw this as a great opportunity to tick the race off of our bucket list. Handicap honours are our goal. We know that we have to keep the boat together; we have to push it hard; we also have to know when to back off the breeze and not hit or get tangled up in anything.”

The IRC Racer 2 division which started 25 hours before the rest of the fleet are expected to arrive next, with the first Russian entry to compete in the Race – Alexander Vodovatov’s First 40 CR No Applause, arriving shortly before Nick Southward’s J-109 Whisky Jack who is currently in the lead in IRC Racer 2.