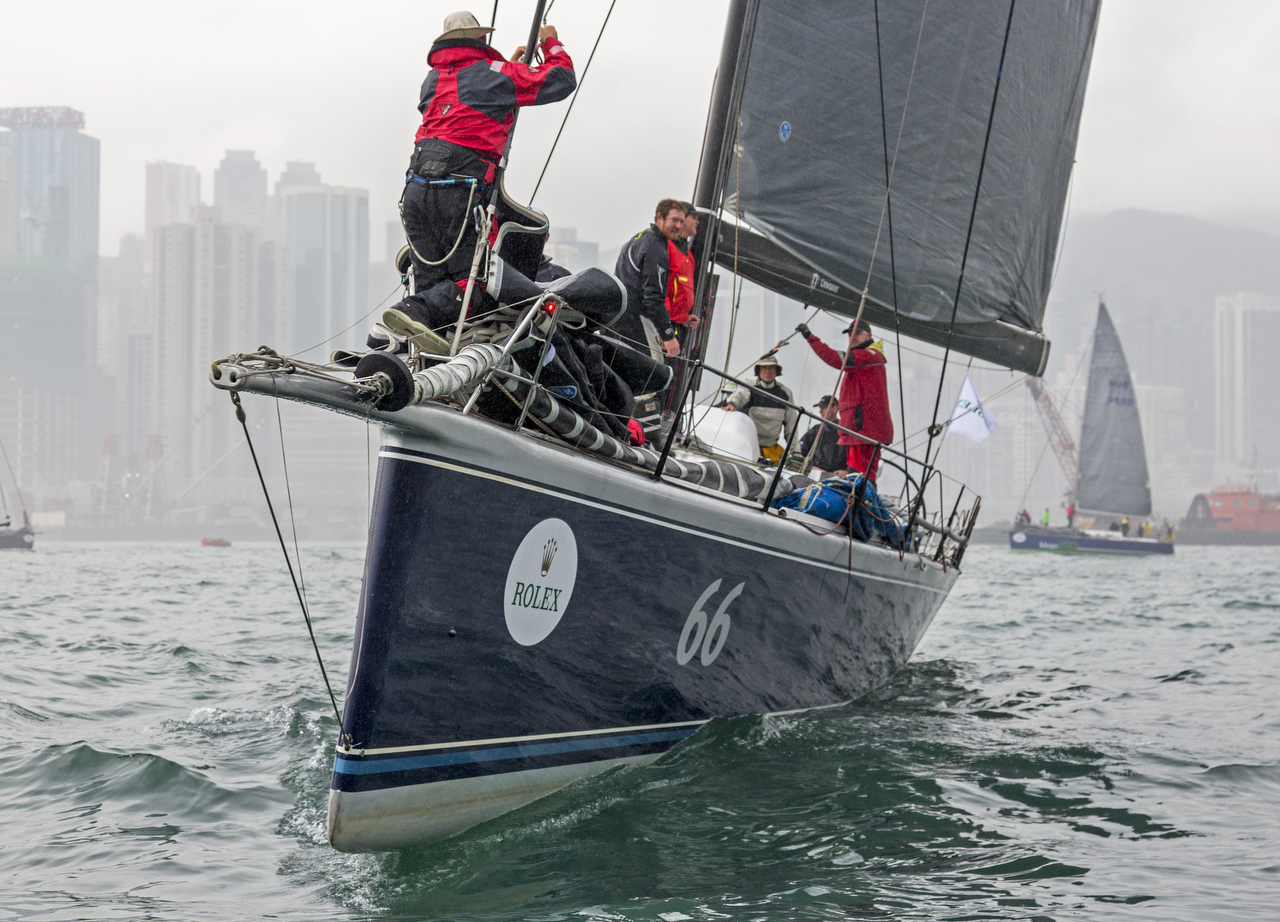 Alive at the start of the China Sea Race. Photo Daniel Forster/Rolex.

34 boats will cross the start line to compete in what is anticipated to be three days of the most superb sailing conditions that Hong Kong has to offer. Race organisers, however, are keeping a close eye on a potential typhoon developing off Hong Kong. An emergency meeting was held last night at the Club to discuss contingency plans.  The event faced a similar situation in 2016 when Tropical Cyclone Haima brought Hong Kong to a standstill the day before the regatta, however the storm came and went without affecting racing.  There is yet another system off Vietnam, which is also being carefully monitored by race management.

The fleet for the 2017 Volvo China Coast Race Week is a very competitive one.  RHKYC Sailing Manager Ailsa Angus commented, “We have the usual suspects racing and we have a great IRC 0 division this year.”  IRC 0 includes China’s Wang Bin with his Cookson 50 UBOX.  Bin skippered the first Chinese yacht to complete a world circumnavigation, as well taking 3rd in IRC Overall in the 2016 Rolex Sydney Hobart Yacht Race.

Shawn Kang has moved from the Premier Cruising Division with his new KER 46+ Lighthorse Alphaplus, with Wade Morgan racing on board; previous team leader of Black Baza – IRC Overall winner of the Hong Kong to Vietnam race 2015 and boat captain of the Abu Dhabi team in 2011/12 Volvo Ocean Race.

Five of the boats entered have recently changed hands including; Liu Yong Feng’s, Seawolf, which was previously named Black Baza; the KER 42 Custom won Asian Yachting Grand Prix Skipper and Yacht of the Year for 2016/17 under the ownership of Anthony Root and Steve Manning and took second IRC Overall in the China Coast Regatta 2016.

For the first time in the event’s history the club has introduced staggered starts; the smaller boats will head off on Tuesday 17 October, with the majority of the fleet setting off on Wednesday 18 October.This will allow the boats to converge as they head into the finish in Nha Trang, Vietnam. The sequence acting predominantly as a safety factor, with the bigger boats coming up behind the smaller fleet should they get into any trouble.