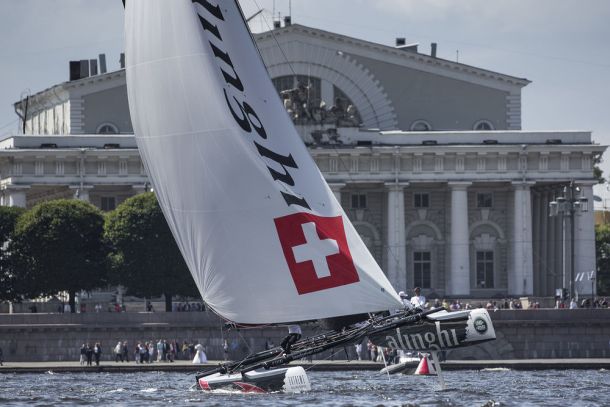 Swiss champions of the 2014 Extreme Sailing Series, Ernesto Bertarelli’s Alinghi team skippered by Morgan Larson, has announced that it will not take part in the 2015 programme, which is due to be announced later this month. Instead, the team will be taking some time “to assess other racing opportunities, learning about the latest sailing technology, as well as focusing its efforts on defending its Vulcain Trophy title.”

As Alinghi’s team now takes the time to decide which challenges are next, said a statement today, it would like to wish a fantastic season to OC Sport, which organises the circuit, and to all of those teams racing in the 2015 Extreme Sailing Series. “Every year the championship has built upon its impressive foundations to deliver an ever-more exhilarating contest and this year will certainly be no different.”

For full report head to the Indepent.