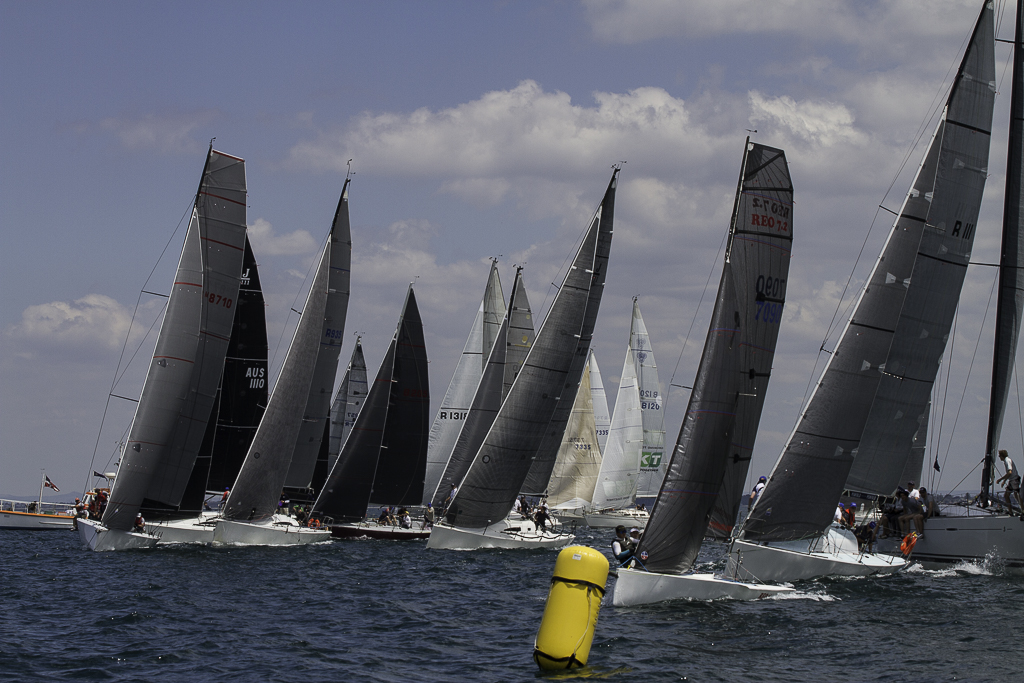 Eoin Fehsenfeld’s Shaw 11, Akatea, shot out of the blocks in the first race of the 2017 Lipton Cup series to register a solid line honours win over Bruce McKraken’s First 45, Ikon, but drew attention to itself for all the wrong reasons in the second race, which was started under a ‘U’ flag after a general recall.

Akatea was left with nowhere to go when she reached the line about ten seconds early, earning a disqualification, but claimed line honours again by a similar margin in Race 3.

Rod Warren’s Joust enjoyed Race 1, shadowing Ikon for most of the race to register a first place on IRC by five seconds over Ikon, but steering problems ended their campaign midway through the first leg of the second race. Given the closeness of the competition, her retirement was a huge disappointment. With the problem rectified between races, Joust returned to competition for Race 3.

The second race followed the script, with Ikon taking line honours in Akatea’s absence ahead of Stuart Lyons’ J111, Jake. Ikon, Vertigo and Jake took out the first three places on IRC. With another IRC first place in Race 3, Ikon looks primed to reclaim the Lipton Cup which eluded her in controversial circumstances last year.

Division C’s first race was delayed as the race committee waited for breeze, but when racing began, it was Calum Brenan’s Lucy in the Sky which pulled away for a first and fastest ahead of Tim Feore’s Osprey and the S80 Moonraker, sailed by P Neilson and R Langham.

Moonraker turned tables on the Diamonds in Race 2, finishing third over the line to win PHS handicap ahead of Lucy in the Sky and Alison Wilson’s Pascol, but Pascol scored a convincing handicap win in the third race ahead of the S80, Outlaw. Results in this division will now be wholly dependent on tomorrow’s Long Race.

Another strong contingent of Bluebirds was close all day, with three different winners from three races. Panacea won the first race, Blue Volvo, sailed by Samantha Paige won the second and the third went to Warwick Norman’s Revel. Like Division C, the final outcome will rest on the Long Race.

Line honours went to Gary Prestedge in the Archambault 40, One for the Road, which worked its way to the front during the first leg and was never headed.

The International Cadet class looks like a tough battle between Spitfire (Peter Allen and Ashton Rawstron) scoring a first and a second along with Anaconda (Eliot Hughes and William Farnell). A protest in this fleet may affect the outcome.

Weather conditions were challenging early, with very light breezes on the eastern side of the bay and some big shifts.