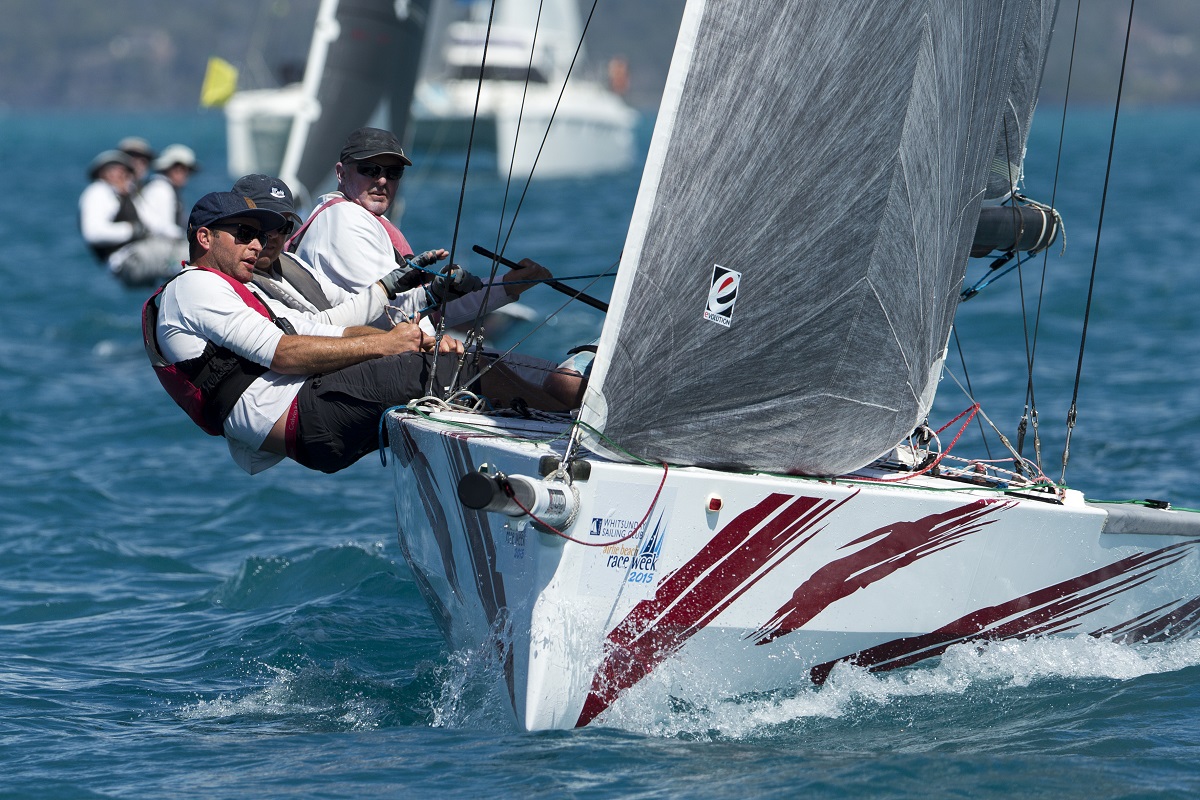 Entries for Airlie Beach Race Week close in nine days, and boat owners continue to pledge their support for the popular Whitsundays event, with 113 entered as of today, including a boost in sports boat numbers that have helped surpass last year’s 104 starters.

A record 126 boats hit the water for the 25th anniversary in 2014, and organisers from the Whitsunday Sailing Club are confident they will receive close to that number for the Tropical Festival of Sailing, now in its 27th year.

Spread across IRC, Performance, Cruising, Multihull, Sports Boat and Trailable Yacht divisions, some big guns are on their way to Airlie Beach, among them 13 of the best in Trailable boats in town for their National title and increased numbers in the sports boat fleet.

Carrying names like All Guns Blazin (Tony Briggs), Wicked (Derek Foley) and Checkmate (Don Bowden) the competition is sure to be furious in the Trailable Yacht field that is representing Queensland, Victoria and NSW.

Competition among the sports boats will be rife too. Gary Smith and John Rae return with their reigning champion, Vivace, and are hell-bent on repeating last year’s result when the Queenslanders won five from nine races to secure first place.

“The boat rates nicely and we romp along, but we work it hard. There are no hangers-on on the boat. We are there to win, so the crew has to work hard,” Smith says of their Bethwaite 79er.

Smith rates Graham Sherring’s Leech 750, Returned (Vic) and Rees Howell’s Shaw 650, Octopussy (WA) as his toughest competition. Sherring finished second to Vivace last year with the smaller Stay Tuned, so will be out for revenge.

“We brought Octopussy back last year and she’s sitting in my yard. I might modify it for them, you know, make it go slower. Put smaller sails on it, maybe drill some holes in the hull to help the water in – or out, whatever the case may be,” Smith said tongue in cheek.

The Queenslander knows Octopussy will arrive with a hot crew, including Perth’s Scott Disley, a dab helmsman who can turn his hand to any type of boat or sailing, including ocean racing.

With a few more sports boats in the picture compared to last year, year, others could upset the apple cart. Whatever happens, Smith said: “We’ll have a great time.

“This will be the third year for us at Airlie Beach Race Week. It’s a fabulous regatta. We get great sailing on great courses – and the bar and the party are fabulous. We’re looking forward to it again.”

Airlie Beach Race Week continues to attract a legion of fans; sailors, their families and friends, who enjoy both the on water and off water offerings.

Off the water, everyone will be spoilt for choice with free entertainment from top bands each night, a fun run, a long lunch and so much more. And it could not be easier for those berthed at Abell Point Marina, with free shuttle buses running every 15 minutes between the marina and Whitsunday Sailing Club.

Port of Airlie is now fully booked, and Abell Point Marina has started a wait-list. Entrants yet to book must act now to avoid the inconvenience of anchoring out.

Entries close at 2400 hours on Friday 5 August. Entry and Notice of Race online at: www.abrw.com.au/sailing/entries