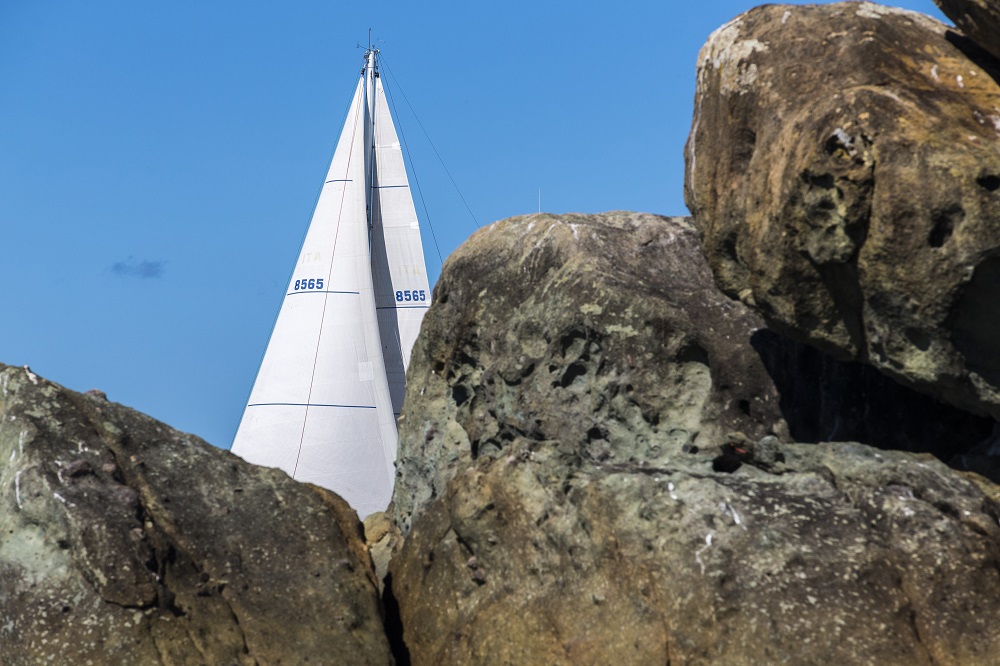 Mark Skelton forsook the Barbados and the 2017 OK Dinghy World Championship just so he could finally attend Airlie Beach Race Week – and so far it has paid in spades – two wins from two races.

Skelton, who finished second at the OK Nationals in January, has won both races in Performance Division 1 with JAB, his Beneteau First 40.7. Alongside him is his mate and helmsman Lindsay Harding: “We’ve known each other since we were eight and sailing Sabots,” Harding says.

“We’ve grown up sailing small boats together and here we are on JAB, which Mark has owned four around four years,” he ended.

“This is our first time here; I wanted to tick it off the bucket list. It’s living up to expectation – two wins,” says Skelton, adding, “Our wives are here sailing with us too (his is Leslie, Harding’s is Lynne). Two of our other crew are also OK sailors,” says Skelton, who finished second at the OK Nationals in January

“Light air suits JAB. Because of the lighter airs, we can run a lot deeper. We expected a few more boats in the division here though.”

Harding interjects: “We usually sail against a largish competitive fleet on Lake Macquarie at Wangi Wangi; we’re usually at the front end of our division.

“We are loving sailing here. It’s like sailing in the wide open world compared to the Lake – the legs are long, you need to concentrate. The tides are strong – not like the Lake.

“We’re very happy with the forecast too – the weatherman has smiled on us and everyone is so friendly and helpful from the officials, to locals and competitors – they are welcoming, which is so nice after sailing all the way up the coast.”

JAB’s (NSW) two wins give her a lead over the quick Rob Shaw 11 Metre, Little Nico (Adrian Walters, NSW) by three points, with the local, Kevin Fogerty in third place with Twister.

More light airs and sunny skies on a balmy Day 2 at Airlie Beach Race Week Festival of Sailing in the beautiful Whitsunday Islands – the only distraction was a couple of whales lazing around Pioneer Bay.

The Non-Spinnaker Cruising, Trailable boats and Multihull Cruising boats were on a 19nm course taking them to West Molle Island, Pioneer Bay and Bluff Point.

Meanwhile, the Multihull Racing division put their minds to two windward/leeward races. At the end of the day, local Paul Mitchell’s Ullman Sails leads the pointscore, having added a win and second place to his win of yesterday. One point behind is George Owens’ Fury Road,

Sated by the full day of racing, competitors, family and friends made their way to the Whitsunday Sailing Club, host of the annual event, for the daily prize giving, food, beverages and blues music by the Lloyd Saunders Band.