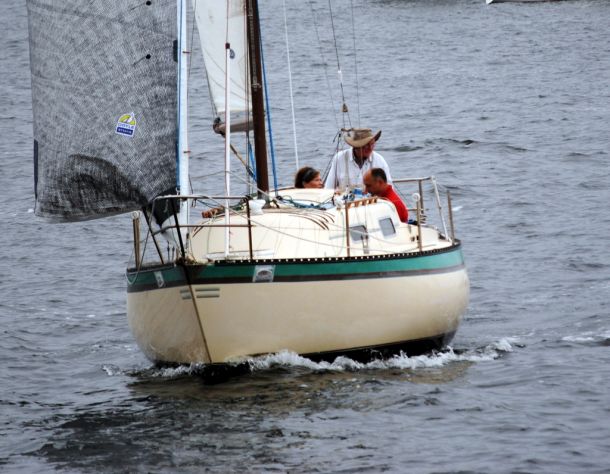 Tasmanian yachting is noted for the longevity of its yachts – and its yachtsmen – with Tom Kirkland a prime example at the age of 87. Kirkland continued his winning form in his small yacht Ragtime on Sunday, taking first place on corrected time in Division 3 of the Royal Yacht Club of Tasmania’s opening race of The Good Guys Winter Series on the River Derwent.

Kirkland, sailing with a crew of three, finished second across the line and on handicap scored a 42 second win from Vistula (Gregory Biskup), third place going to Kharis (Terry Dalby). Line honour in the division went to Serenity (Graham Hall).

A fleet of 20 contested the race, sailed in a 6-8 knot (sometimes less) northerly breeze with Janene Frawley helming the Mumm 36 Madness to take line honours Division 2.

“This was my first race on the helm…and a great result,” said Frawley who owns Madness in partnership with Gavin Adamson. Madness got the gun after a close race with the Sydney 38 Ciao Baby II (Gary Cripps) but placed fifth on corrected time.