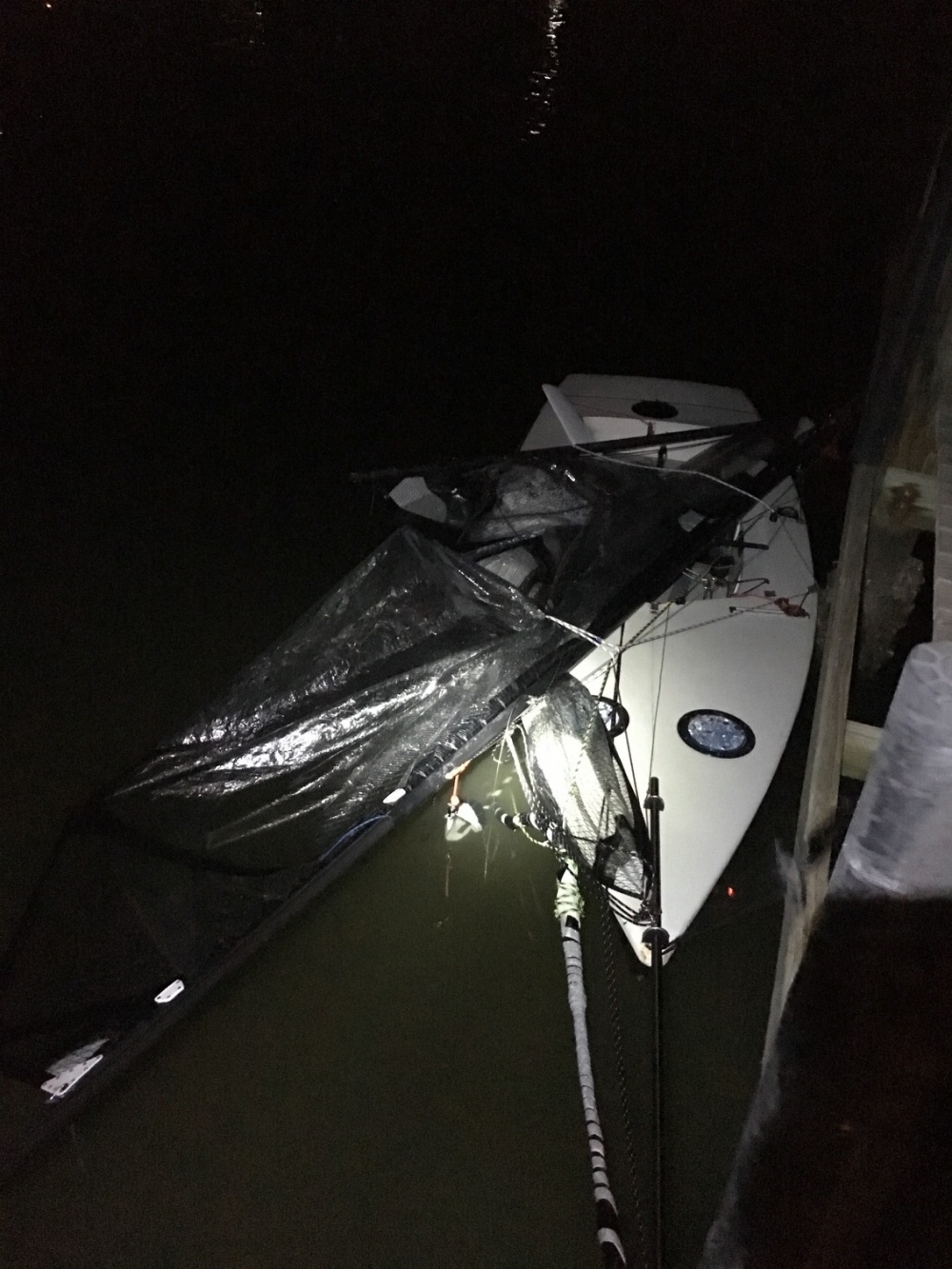 It was a busy weekend for the U.S. Coast Guard Southeast in waters of the Tampa Bay area.

The temperature drop and high wind came as a surprise to boaters, forcing several to call for help.

The first happened Saturday night. Video taken by the Coast Guard shows a teenager wearing an orange life jacket being pulled to safety.

His two friends and a dog were also on the boat when it ran aground on a manmade island of Hillsborough Bay. The Coast Guard said the tide was too low and the teens didn’t check the tide charts.

The rescue is among 12 others in the Tampa Bay area this weekend the Coast Guard says is part of a bigger problem of people not being prepared.

Two other sailors were stranded Saturday, including the owner of a sailboat with a broken mast. The Coast Guard says he fought six-foot seas and 30 mph winds and couldn’t anchor when he called for help, also telling crews he ran out of food and water.

Here is the Coastguard report:

At 5:10 p.m. Sector St. Petersburg watchstanders received a distress call via VHF-FM marine band radio channel 16. Friedman reported his sailboat was dismasted, he was unable to anchor, he had run out of food and water, and needed emergency assistance. Friedman stated the weather on scene was 6-foot seas and 30 mph winds.

A 29-foot Response Boat-Small II boatcrew from Station Cortez was diverted, arrived on scene and placed the sailboat in tow. The Coast Guard crew transported Friedman and his boat to Crow's Nest Marina in Venice. There were no reported injuries.

“We recommend boaters have all their safety equipment and documents in order before leaving the dock,”said Petty Officer 2nd Class Charles Richter, officer of the day at Station Cortez. “Mr. Friedman did the right thing when he contacted us at the first sign of distress. We ask all boaters never hesitate to contact the Coast Guard in the event of an emergency.”