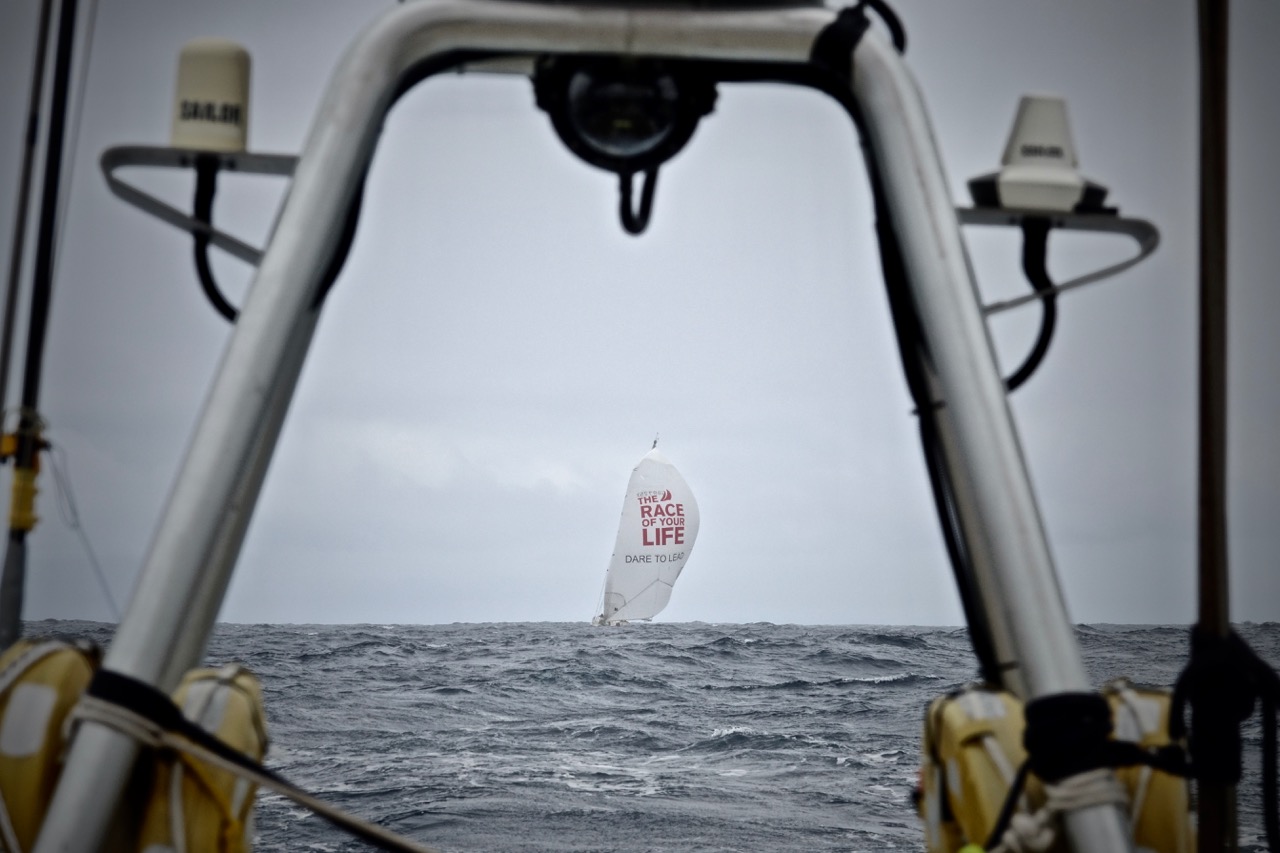 It has been a day of learning for the Clipper Race crews, with the majority of teams dealing with a series of 'kitemares' as the fleet entered the waters off California on day three of Race 10: The Garmin American Challenge from Seattle to Panama.

Garmin, HotelPlanner.com, Liverpool 2018, Visit Seattle, PSP Logistics, and Nasdaq all suffered spinnaker wraps over the past 24 hours, with some emerging from the misfortune better than others. Whilst PSP Logistics and Nasdaq escaped with only minimal damage to their kites, others weren't as lucky, as Visit Seattle Skipper Nikki Henderson explains: “Last night we managed to behead our Code 3 (heavyweight spinnaker). We just dropped it that tiny bit too late and away it went right along the same tear from the end of the last race.

“Dawn arrived and we paid the price of the Code 3 accident as Qingdao flew away from us, and the rest of the pack caught up.”

Despite the setback and ground lost, Nikki praised her crews' efforts, adding: “We recovered pretty quickly though. Kudos to the crew who got the sail down beautifully. Absolute textbook and their first time in the dark.”

The Skippers have been universal in complementing their crews for their swift problem-solving skills, particularly those who just joined for the US Coast-To-Coast Leg 7 in Seattle. Nasdaq Skipper Rob Graham highlighted the hard work put in by his entire team, saying: “Both watches worked together to haul the twisted kite down with the remains of the anti-wrap net, then clear enough of the foredeck to hoist the Yankee. Then we simultaneously prepared a spare main halyard, and brought the mainsail down, swapped halyards and re-hoisted. Oh yes, and there was a gybe in there somewhere as well.”

Meanwhile, it was a drama free day on board Qingdao, which enabled the race leaders to increase their advantage on the second placed Visit Seattle to 17nm, the largest gap of the race so far. Qingdao Skipper Chris Kobusch reports: “We had another 24 hours of fast downwind sailing and are getting closer and closer to warmer climes.

“The only down side of getting further south is the lack of wind and we can feel already how the breeze is softening and our boat speed dropping. But this was expected and Race 10 is well known to be a light wind leg. Luckily, we were able to put some good mileage behind us before the search for wind starts.”

Dare To Lead also enjoyed a successful 24 hours and moved from fifth to third place on the leaderboard. Skipper Dale Smyth says: “We had a fantastic spinnaker run last night and were pushing really hard in about 35 knots of wind with our Code 3 up.

“We are expecting the wind to lighten a bit over the next 24 hours so we will see how we fare in the light wind lottery.”

Whilst the breeze remains, the fleet is trading gybes and engaged in close match racing, with just 62nm separating first from eleventh. PSP Logistics Skipper Matt Mitchell is keeping a close eye on the forecast from Clipper Race Meteorologist Simon Rowell, commenting: “The wind should ease considerably over the next day meaning that we are racing against time to get around the corner of California where the wind should fill in again. Fingers crossed we can get a good way south before it shuts down.”