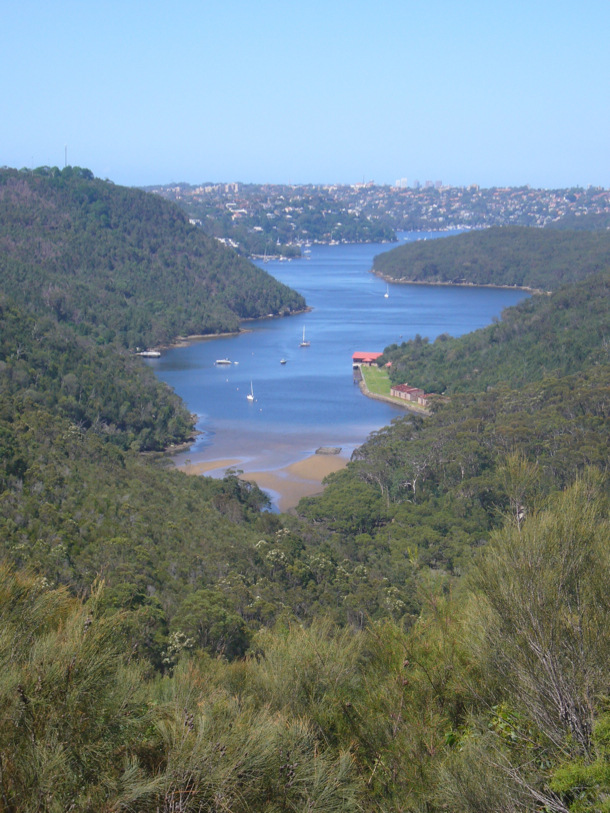 Not so long ago my life was very different from how it is today.

Not so long ago I would not have believed if someone had told me it was about to change the way it has changed. My life has been turned around completely, fittingly this all happened Down Under and by doing a popular sailing trip backwards.

Two beautiful Australian cities, an equally beautiful wooden boat by the name of Rhapsody and my attraction to sailing (and I guess sailors) have turned me into a full-time cruiser. I still have a lot to learn however, from lighting the stove to hoisting sail, not to mention memorising all those nautical terms which I never learned in language lessons in school.

The first step towards my cruising life was done down a ladder and on to an inspection of Rhapsody in Hobart's Constitution Dock, two days before Christmas in 2012. Rhapsody, then under Kiwi flag, made a good impression as a sturdy seaworthy long-keeler, designed by Athol Burns and built in Wellington in the 1980s. She was in Hobart getting ready for the 2013 Wooden Boat Festival, after that her skipper wanted to take her up Australia's east coast,
stop here and there along the way and eventually clear out in Townsville to head for Japan and Alaska via Micronesia and Guam.

To a German landlubber this sounded more than exciting and definitely adventurous.

Having grown up on an island in the North Sea I knew a bit about boats plus my parents took me sailing every weekend before I refused to go for another trip to the neighbouring islands in my teenage years. Lately though I had become enamoured with sailing again and had been spending my summers on an old-timer yacht, a yawl called Roland von Bremen, cruising the Baltic Sea.

We always stayed pretty close to the shore,however, and only rarely sailed at night. We were planning on taking Roland to the Canary Islands and maybe even further. But winter was in our way and so before helping to sail Roland to the Canaries, I decided to take time out from my job as a teacher and travel around a bit, exploring the world, escaping our European winter and checking out whether Tasmania was actually a bit like my beloved Scandinavia.

Over a cup of coffee on Rhapsody it was decided that I should join boat and skipper for some sailing experience and that I was welcome to crew from Hobart to Sydney after the wooden boat festival.

I left Tasmania to do some hiking in New Zealand when the first racing yachts were coming in, finishing the Sydney Hobart. When I came back the horrendous Tasmanian bushfires had come and gone, Rhapsody had had a makeover for the wooden boat festival and looked fabulous.

We were all set to go north.

After only one night in Hobart and buying some boat shoes and fresh meat the next morning we were on our way.

Or that is: almost. Before we could really start, the skipper had decided to give me a safety briefing. Not that we did any man over board manoeuvres, but he did go through a long list with me of anything and everything I needed to know in case of emergency. We have repeated that procedure since then, all I remember from the first time is: get rid of any jewellery (easy, since I did not wear any); and use the short strop when you secure yourself in the cockpit on watch at night. This was also easy, since I was not planning on taking a walk around the boat during my watch. I was going to be happy to stay put and hopefully awake.

The test on how long I could stay awake on watch was not yet to come. We started out slowly, making our way for the Denison Canal, anchoring at its entrance for the night. I was thrilled by the clarity of the water and the untouched and unspoiled beaches nearby.

A southerly change was forecast to arrive at first light but it hurried in and caught us asleep around 1am, so we had to do a runner for Lime Bay for the rest of the night. Another lesson learned for me and a first taste of what it means to always keep an eye and an ear out for wind and weather changes when on a boat.

Next morning we entered the Denison Canal, passing our gold coin donation via bucket to the bridge operator and waving a thank you ashore. We saw the wreckage the massive bushfires had left of Dunnalley, the town was all but completely destroyed. Burned out cars were left, backed into the water, houses burned to their foundations, trees and bushes turned to coal. A sad sight that was only made a bit easier to bear by the knowledge, that no lives had been lost in the tragedy.

We carried on, passing through the canal and then through the Marion Narrows in Marion Bay, making a course for the south end of Maria Island. We were not going to stop there however, since we then still thought that time was of the essence and we were trying to catch a weather window that might carry us safely and happily across Bass Strait.

Weather, however, changes quickly. While things were not looking so bad at all for us, two ex-cyclones came down the New South Wales Coast, bringing wind, rain and not at all favourable conditions for a crossing of Bass Strait.

So, after having learned that you always stay alert to wind changes, never sleep too deeply or go too far away from your boat, there now was another lesson to learn: wait for a weather window, and wait we did.

We went to Lady Barron on Flinders Island, picked up a mooring and stayed until the Furneaux Tavern ran out of beer. This was not all our fault, since there were some other sailors stranded there.

After exploring the island during the day, the evening was usually spent having a sundowner and discussing the latest weather forecast.

To a lover of the Danish South Sea and the Swedish Archipelago with its beautiful deserted islands, Flinders was a dream come true. I could not get enough of walking the beaches, gaping open mouthed at the beauty of the rock formations and the orange-coloured lichen growing on them. I sent postcards home to a friend whose little daughter said upon seeing the colours, that she couldn't understand why I was planning to come back at all. I had sent lots of postcards from my travels through Australia, this was the first one that triggered such a thought.

We had no wheels on Flinders, but the locals did their best to help us get around. So when we wanted to go to Whitemark for a change of scenery, we just started to walk down the road, signalling that we would appreciate a lift and were picked up and taken as far as the driver was going our way. If people didn't have room in their cars or utes or were just going a little further down the road, they would wave at us or even stop to explain why they could not help. In one case a fisherman gave us a lift and we talked about seafood. In particular the taste of abalone, which I had tried in New Zealand but not liked.

He explained maybe it had not been prepared correctly, asking us if we had time for a little detour. He swung by his house and dropped us of at our dinghy with a bag of fish and abalone that we tackled over the next two nights. I still don't like abalone, but it was worth giving it another try.

We explored the island as well as we could, taking walks as far as possible in the hot days, sticking mainly to the gravel roads, since we were lacking hiking boots and gaiters and at least one of us was a bit paranoid about snakes after having seen quite a few rather big ones flattened as roadkill on the streets.

We were given all we could want for our first aid kit by a representative of a medical company who was touring the island. but we were not too eager to use it so we gave Mount Strecklecki a miss.

We waited nine days for a weather window, discussing the best route with our fellow sailors from Bermagui over a beer and game of pool almost every night. When we thought the time for leaving had finally come, we deflated and packed up the dinghy and were ready to move in the morning.

Only to find that we were trapped on the yacht, the wind had picked up but not yet turned as promised. So I learned to bake a fruit cake in the pressure cooker and bread in a Dutch oven. We were well provisioned when we eventually waved goodbye to Flinders by way of the main channel.

The ride was a bit bumpy as we motor-sailed through the shoals. But it cut off a lot of miles and by now we were in a bit of a hurry because I had a flight to catch in Sydney.

Once out in Bass Strait we had a speedy and comfortable sail until we reached Gabo Island. Much has been said of the East Australian Current. I had never heard about it, since I had never watched 'Finding Nemo'. I got to know it quite well though, as it became a constant force to fight against for the rest of our sail to Sydney. No matter where we went, further out or closer to shore, we had three knots against us until we finally turned into Sydney Harbour. Battling the current had not only added an extra day to our trip north but also upped our use of diesel since we had to motorsail to ensure we would not go backwards.

Still, entering Sydney Harbour early in the morning before the first light more than made up for a frustrating sail. A beautiful city, half asleep, with lots of little white lights twinkling on the water. I was thrilled at first, until I realised what the little lights were and why it was not always easy to see them clearly. Loads of Kayakers were out in the harbour, paddling their morning rounds, bouncing on the waves between some early sailing vessels, a cruiseship and the first ferries.

For me, my first partly-offshore sailing adventure came to a halt in Sydney, but not to an end. I went home to Germany after spending a couple of days in the Middle Harbour area to immediately arrange for another sailing adventure a couple of weeks later and to eventually take up cruising as a permanent lifestyle.

By now I have almost mastered lighting the stove, am still a novice at hoisting sail, but already very good at using a number of nautical terms; just not always completely sure of the meaning.