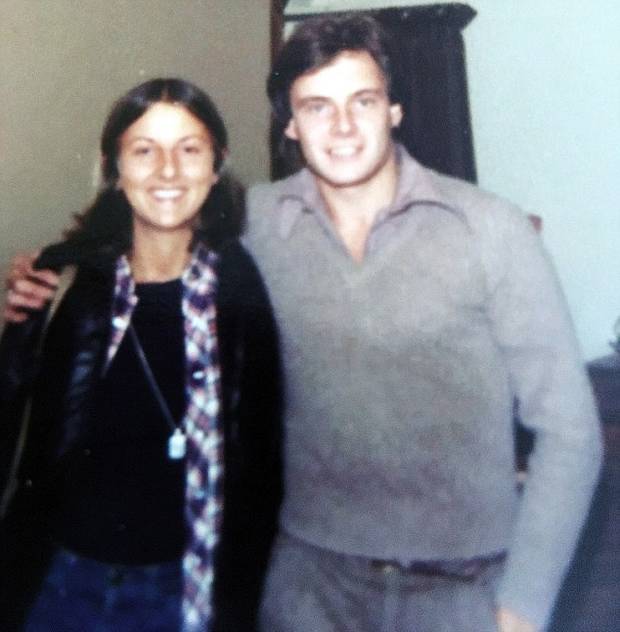 Innocent victims: The last-known picture of Peta Frampton and Chris Farmer together

Sometimes it's hard to tell the diffence between reality and fiction. Following is a harrowing tale of two British backpackers who hitched a ride on a yacht – with terrible consequences. Although it would make a great novel, sadly this story is true.

For the crew of the small wooden boat heading to the fishing grounds off the coast of Guatemala, it must have been a sickening discovery. Floating in the Caribbean waters less than 200 yards from the shore were the bloated corpses of two young Westerners, a man and a woman. They had been bound, tortured and weighed down with heavy engine parts. Their identities were unknown.

It was July 8, 1978, and 5,000 miles away in Manchester, we knew nothing except our deepening concern about the fate of my brother Christopher Farmer, a 25-year-old newly qualified doctor, and his lawyer girlfriend Peta Frampton, 24.

They had set off together at the beginning of December 1977 to fulfil their dream to see the world. For seven months they had kept their promise to keep in touch as they travelled through Australia and the Pacific islands to Los Angeles and then through Mexico to Belize. In the age before the internet, Chris made regular phone calls home and Peta sent wonderfully detailed letters to her mother, who lived across the road from us.

I was 17, and still at school. Then came silence – and the first steps in a deeply painful quest for the truth that would eventually span two continents and the best part of the next four decades as we fought our way to justice.

The last contact we had came in the form of a letter from Peta, dated June 28, 1978, which explained how they had agreed to sail down the Caribbean coastline from Belize to Honduras with an American sailor called Silas Duane Boston.

With his weather-beaten face, she wrote, Boston was an engaging character with a devil-may-care attitude, small, piercing blue eyes and a large tattoo of a mermaid on his left forearm…