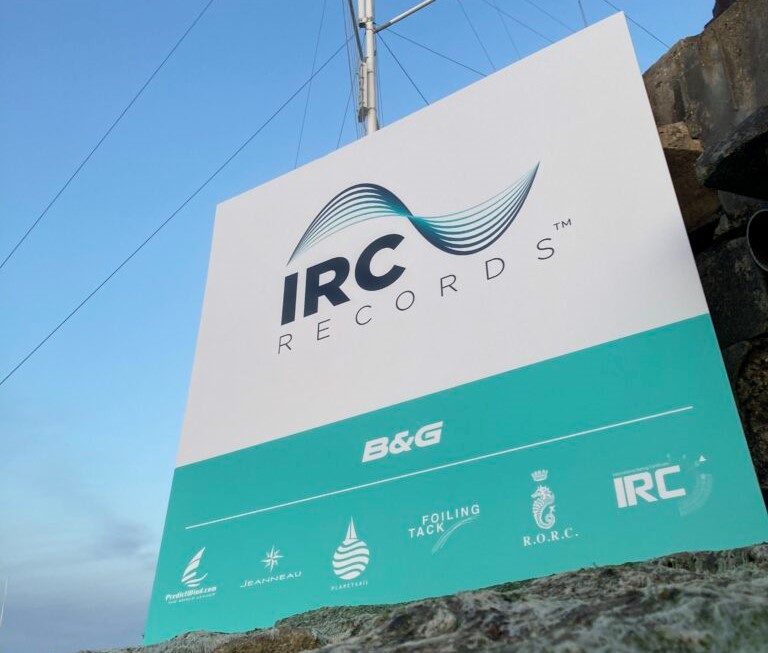 For decades record-setting in sailing has been dominated by adventurers, pioneers, eccentrics and, in recent years, pro-sailing teams in custom built machines.

That is now set to change with the advent of a new platform that will enable any skipper and crew to use their yacht and its rating, to attempt a record course and then see their new benchmark time published.

Bringing a new concept to the world of sailing, ‘Corrected Time Records’ enables a new category of sailing record which is launching with the IRCRecords.com platform. Attempts will be calculated and ratified using the highly popular ‘International Rating Certificate’ system (IRC).

Whether a 100’ supermaxi, standard production cruiser/racer, sports boat, high-tech racing yacht or a classic, the IRC rating rule is highly inclusive. Having a record that is based on corrected time rather than the more traditional elapsed time, allows teams to compete on a level playing field.

Operated by sports management company Fourth Cape, IRCRecords™ fills a large gap in the sailing record arena. Managing Director Charles Darbyshire explains: “We’ve all enjoyed watching the high-profile teams going on standby then attempting & breaking the major records. We are very pleased to be launching the concept of corrected time records, which will make the skill and thrill of record breaking accessible to a much wider group of sailors, making best use of the equipment they already own or have access to.  We wish IRC rated yachts the best of luck as they establish, then lower the corrected record times across our wide variety of challenging courses.“

Jules Verne Trophy Winner and 33 times World Speed Sailing Record holder Brian Thompson remarked: “I have spent a good proportion of my sailing career on the quest to break world records and I have utterly loved the challenge of racing the clock. After all, it’s the original form of sailboat racing, harking back to the fishing schooners on the Grand Banks racing home to sell their catch.  What IRC Record competitors will discover about this aspect of the sport is the need for ideal weather for a record attempt, which means sailing in the perfect conditions to suit their boats, providing the most exhilarating and unforgettable sailing! I’m looking forward to getting my name on this new record leader board.”

An IRCRecords™ entry provides a “14-day attempt window” for competitors to start their attempt. This allows teams to target favourable weather and tidal conditions for their vessel. Unlike a regatta or a race start, these record attempts can be made at any stage and time to suit the competitor, giving greater flexibility to owners and sailors to take part.

Benefitting from the increase in satellite tracker accuracy and reduced airtime costs, IRCRecords™ attempts will be validated through the popular and well-proven YB Tracking system, providing a device and interface which is simple and straight forward to use.

Director of Rating for IRC Dr Jason Smithwick commented: “We’re delighted that IRC has been chosen as the rating rule to be used with the Corrected Time Records system. The IRCRecords.com platform allows accurate calculations for the wide range of boats that have IRC certificates across the world to challenge these record attempts.”

“The IRC rule is used in over 40 countries for local and international, inshore and offshore events, we welcome more boat owners to apply for their certificates and to take part in this new challenge,” he added. “We look forward to seeing record courses grow in both number and geographical spread. It will be interesting to see which courses emerge as the new ‘classics’ establishing themselves as ‘the one to hold.”

Joining the platform from inception, leading marine electronics company B&G come onboard as a Founding Partner. Simon Conder, Head of Brand – B&G commented: “Making it easy for sailors to compete against the best on their own terms, when conditions and time suits them, has been well overdue in sailing. Many other sports already have these programmes in place, so when we started talking to the team at Fourth Cape about this, we instantly recognised the opportunity and felt we are ideally placed to help launch and grow the programme over the coming years”

To compete and get on to the IRCRecords™ leader board, a current, valid IRC certificate will be required along with validation of the record attempt using data from a YB Tracker, which may be loaned from an IRCRecords™ partner, purchased at a discounted rate, or rented.

On setting a new record an official IRCRecords™ certificate will be issued and access granted to purchase copy certificates for crew members, and other IRCRecords™ ‘record-breaker’ merchandise.