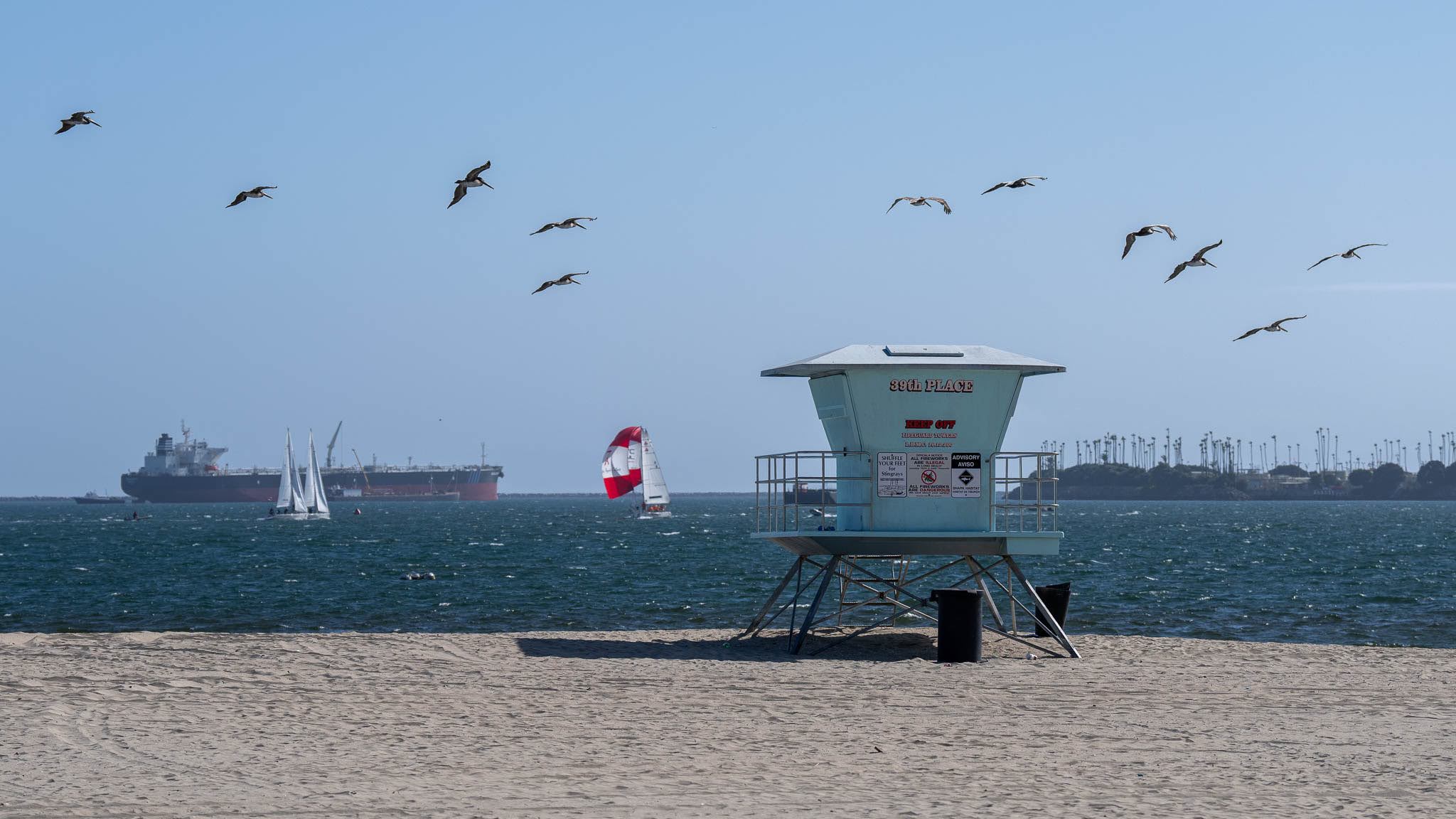 Long Beach, California: A morning of fanfare: an evening of glitz. And in between — five hours of high-octane sailing.

The 57th Congressional Cup kicked off today with a bookend of exciting events including a rededication of the racecourse with local dignitaries, and a gala meet-the-skippers dinner at Long Beach Yacht Club.

“We’re really excited for this rededication today, and also to celebrate the Congressional Cup and all it does for our incredible city,” said Mayor Garcia of the annual championship match racing event which runs through Saturday. “I want to congratulate you not just on this incredible week, when all eyes will be on our community, but also in the rededication of the Congressional Cup Stadium here, and the Club’s many contributions to the City of Long Beach. I’m excited to kick off these games and most importantly for the preparation of 2028.”

Congressional Cup stadium will be the venue for sailing and other on-the-water competitions in the 2028 Los Angles Olympic Games, and LBYC will be an integral partner in those events.

“I view today as the start of our 2028 kick off,” added Mayor Garcia. “And of course as we look towards the 2028 Olympics: at how important our community and the sailing is going to be in showcasing the very best of Long Beach not just to the United States, but to the entire world.”

As they spoke, a fire boat sprayed a water salute in the distance. A large crowd gathered on the west end of the pier, in a crisp breeze that bode well for the world-class racing about to commence.

And then, there was the sailing.

Racing commenced at 11:30AM but only three flights had been completed before Principal Race Officer John Busch called for the fleet to downsize to the smaller jibs, as the wind touched 18 knots.

The Congressional Cup is one of the leading yacht racing events in the world, is a flagship event of the World Match Racing Tour, and the only Grade 1 match racing competition in the USA. The double round robin series, semifinals and petite finals will continue throughout the week, culminating in the final matches April 23. Then, only one skipper will hoist the coveted Congressional Cup trophy and don the Crimson blazer: yacht racing’s equivalent to The Masters’ green jacket.

Founded in 1965 by LBYC the Congressional Cup remains a magnet for the finest skippers and crews from around the globe, who compete in five days of heated on-the-water competition. And this nail-biting experience is can be viewed (for free) from the Belmont Pier, with shaded stadium seating and live commentary, through Saturday April 23 starting at 11:30AM.