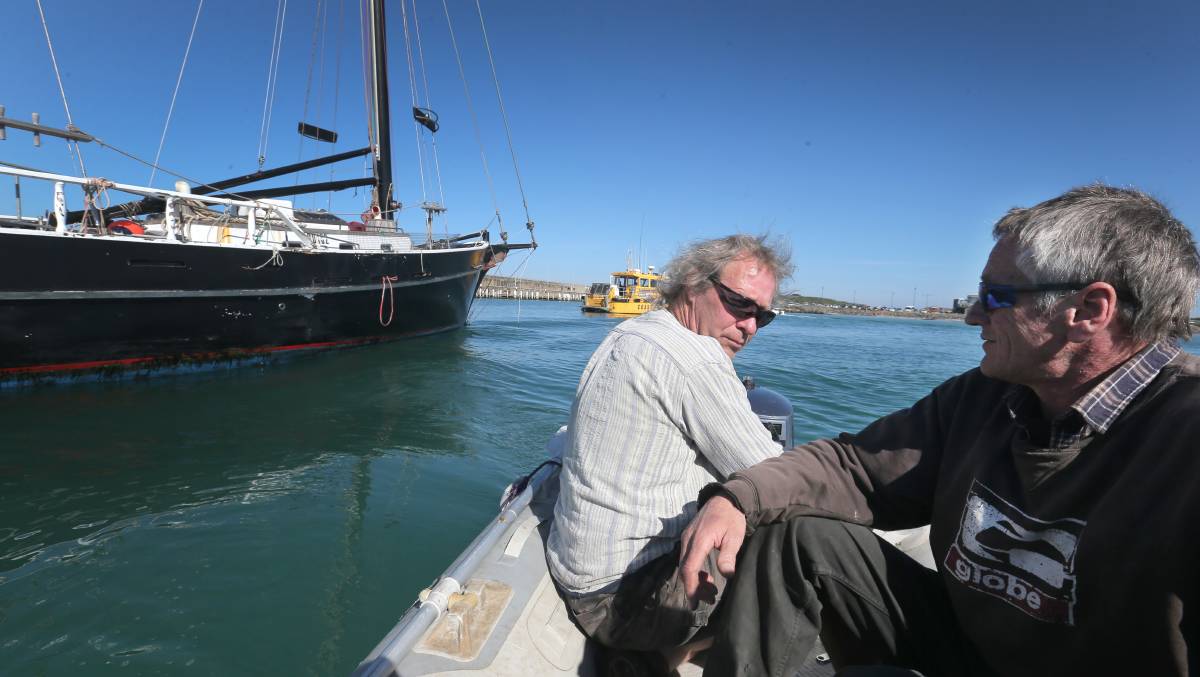 A missing $500,000 Warrnambool yacht, which is believed to have broken free from its moorings in rough seas on Monday night, has been located, reports Andrew Thomson in The Standard.

Acting Sergeant Lana Roberts said the yacht Patricia Mary disappeared out the back of the Warrnambool breakwater at 7.50pm Monday after becoming adrift.

“It was missing. We have observed the security camera footage ​and it drifted away ​in ​rough seas,” she said. “It's an 18​-​m​etre​ 32-tonne ketch​, locally owned and has been moored in the Warrnambool harbour since July last year​.”

“It has now been found on the rocks at Lake Gillear this morning. The owners hired an aeroplane and the yacht has been located,” she said. “They will launch a rescue operation and work out how to get it off the rocks.”