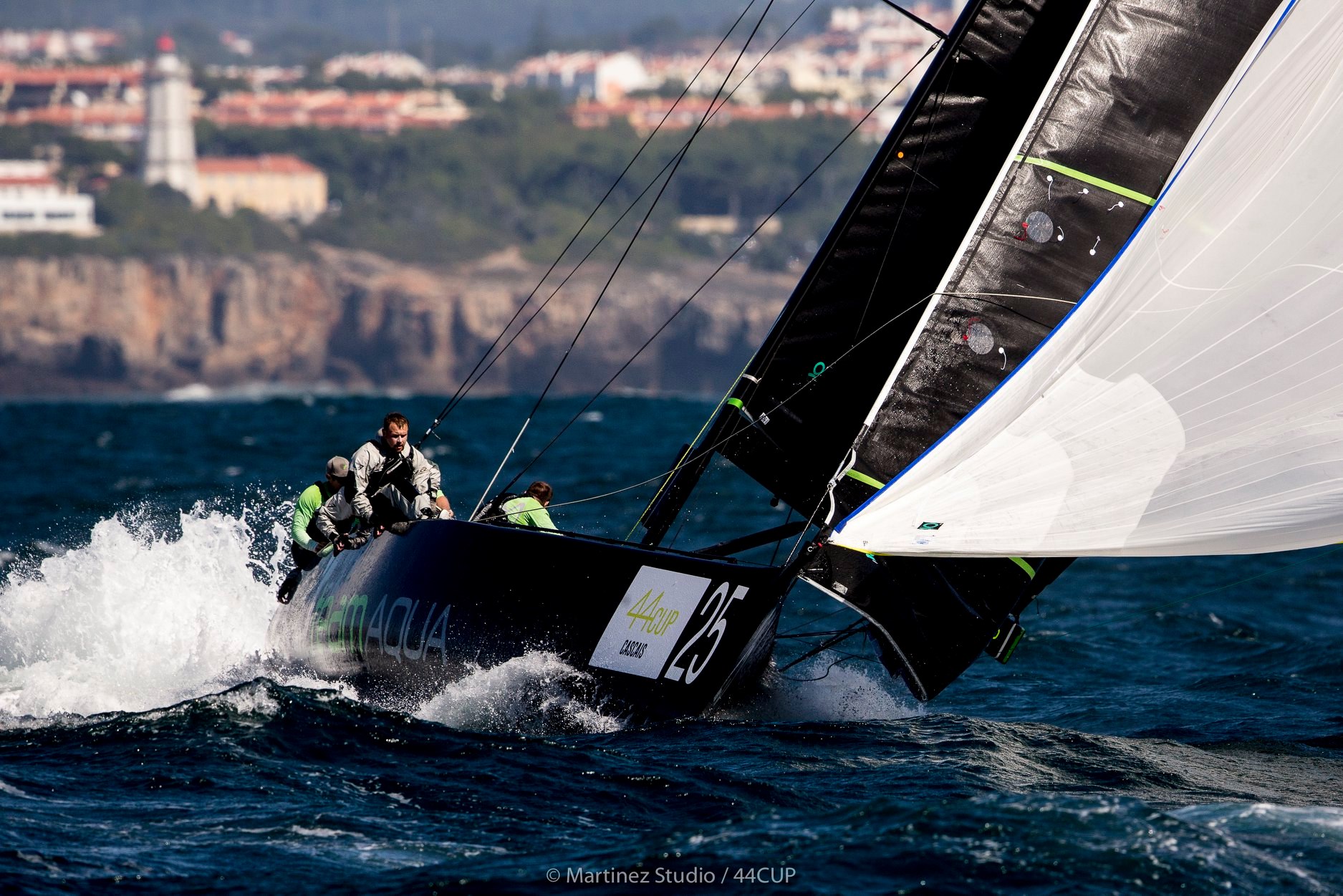 Next week, the 44Cup will return to the Portuguese sailing mecca of Cascais for event two of its 2022 season, with racing in the eight high-performance one-design monohulls to take place from 11-15 May.

Taking on the role of tactician to guide the team through their debut event is New Zealander Cameron Dunn. Having finished third on the podium in Cascais at the 2018 RC44 World Championship and coached in the class too, Dunn knows how to perform well on an RC44. He acknowledges that it will be a steep learning curve for the new team which also campaigns a GC32 foiling catamaran.

“We are under no illusions about the difficulty of joining such a quality fleet with all the teams having many years of experience in the class. We will first concentrate on the boat handling to get the basic manoeuvres to a good quality before we can even start to compete in this fleet,” explains Dunn. “We will have our hands full, but we know the task ahead and can’t wait to get started,” Dunn said.

Cascais is renowned for its north-westerly breeze blowing in from the Atlantic Ocean and wrapping around Cabo Raso into Lisbon. On a racecourse which is set off the northern shore of the Tagus estuary, effectively in the Atlantic, the fresh winds and large oceanic swells allow the crews to surf their RC44s at 20+ knot speeds downwind.

“It is one of the best sailing areas you can think of and the club is nice. What is not to like,” asks Charisma’s owner Nico Poons. “The racing is very, very close and there are minimal differences between us.”

Dunn adds: “There are some major geographic features, but the placement of the racecourse can affect these quite dramatically, so it’s always a good challenge, both tactically and for the boat handling. Ripping downwind in an RC44 at 20 knots in big waves is some seriously fun yacht racing.”

For this event, Team CEEREF powered by Hrastnik 1860, holds the 44 Cup leaders’ golden wheels, followed by Team Nika in second and Artemis Racing in third.

Defending 44Cup and RC44 world champions from 2021, Chris Bake’s Team Aqua, is currently sixth on the overall leaderboard after an inconsistent start to the season in Lanzarote back in February, but will undoubtedly be back on winning form.

To find out more about the 44Cup visit: http://www.44cup.org