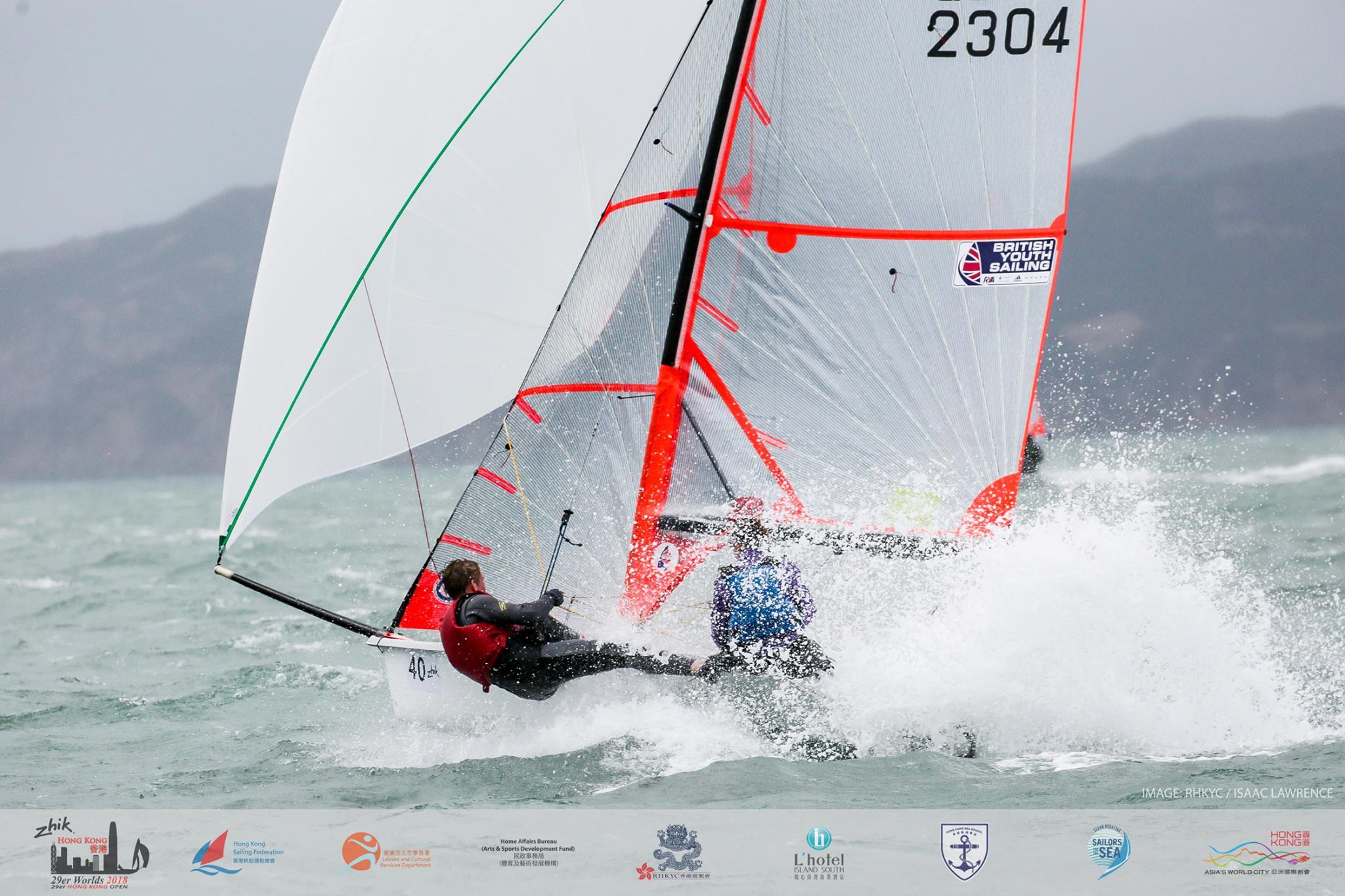 It was another seriously brisk day for the second day of the final series of the 2018 Zhik 29er World Championship.  Racing was cancelled yesterday with the breeze far above the 29er wind limit and the Race Officer even reporting one gust punching up to 50kts!

This morning, sailors were initially held onshore until the breeze moderated a little before both fleets were released onto the water.  Racing was conducted off Stanley with Race 1 starting off in a north-easterly breeze of 22kts.

One race was sailed as the breeze built and the lead was constantly changing.  As the teams pushed hard to try and go faster, they also pushed each other; each keeping the pressure on the rest and the pace was frenzied -with the pressure forcing some teams to lose control and capsize.

As the breeze increased, Race 2 got away for both fleets.  The wind, however, steadily rose and with some gusts having some serious weight behind them, the race committee decided to abandon the race whilst both fleets were in their first lap.
Going into the final day of racing, New Zealand’s Francesco KAYROUZ and Jackson KEON (NZL12) are leading followed by, Hong Kong’s Calum GREGOR and Jon CRAWFORD (HKG2532) and France’s Benjamin JAFFREZIC and Leo CHAUVEL (FRA2) in third with five points separating them.

The silver fleet was not at its full strength today with some of lesser experienced teams electing to stay onshore. On the water, Australia is dominating the fleet taking the first three positions.  First in the fleet are female team Annabelle DAVIES and Madison WOODWARD (AUS18) followed by William WALLIS and Brendan CRISP (AUS2447) and John-Mark PAUL and George RICHARDSON (AUS2131) with 3 points separating them.

If the breeze decides to agree, up to four races may be held tomorrow and once the teams duke it out on the race course the prize giving will be held at the Royal Hong Kong Yacht Clubs main clubhouse on Kellett Island.