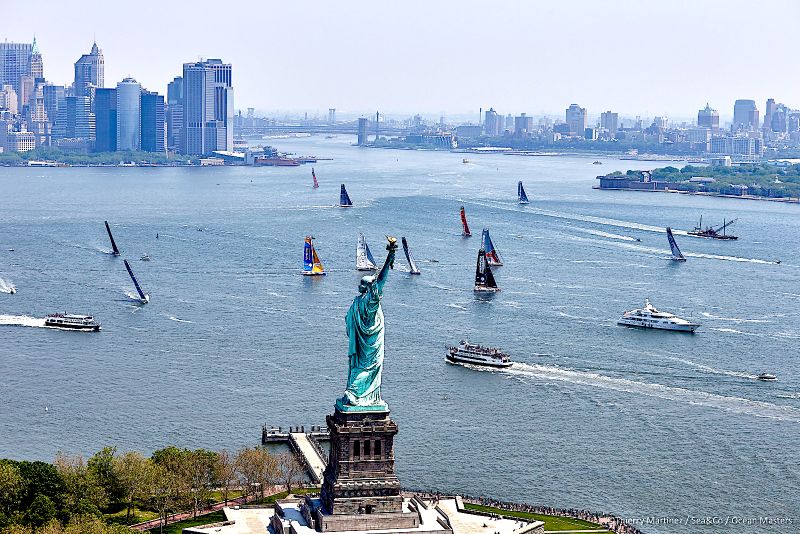 2020 promises to be a busy and exciting year for the teams in the IMOCA class with two solo transatlantic races: The Transat CIC in May and the New York-Vendée-Les Sables d’Olonne in June, followed by the legendary Vendée Globe in the autumn.

The line-up will be strong in terms of quality and quantity for these races and will enable the class to continue to develop its reputation internationally. This season will be a magnificent end for the first cycle of the IMOCA championship, the Globe Series (2018-2021), while the class is looking ahead to a thriving future.

2020 is a landmark year for the IMOCA class and the Vendée Globe will mark the climax to the work accomplished since the last edition of the non-stop, solo round the world race, with in particular, the launch of the Globe Series, the class’s official Championship.

“We have some solid momentum,” explained Antoine Mermod, President of the IMOCA class. “There has been a real growth in importance. The races attract increasingly talented competitors, with the overall standard and technological expertise improving and we have seen some incredible contests and more and more boats with foils.”

The format of the IMOCA Globe Series based around eight official races in three years should enable sponsors to benefit over the long term with the Vendée Globe as the pinnacle event. For the ninth edition of the prestigious solo round the world race, we can see some important technological developments, as eight brand new IMOCAs will be lining up at the start on 8th November designed by four different architects.

While the Vendée Globe is already on everyone’s mind, it will be preceded by two challenging solo races. It is a well known fact that competing in races is the best way to prepare.

The season will begin strongly with The Transat CIC (start on 10th May), a legendary event on a modified race course between Brest and Charleston (South Carolina).

“The Transat CIC has historically been an important event for the IMOCAs,” explained Antoine Mermod. “With OC Sport, we have done a lot of work to make the race as big a success as possible. The arrival of CIC as headline partner will enable the organisers to work without any worries. In terms of the race itself, the course is difficult and it is going to be a huge challenge to start the season like this. But the sailors and their teams are preparing for a solo round the world race, so they need to get out there.”

Between fifteen and twenty sailors are expected in the IMOCA class. Some of the Vendée Globe favourites will be aiming to do their best to join the highly prestigious list of IMOCA winners of The Transat (Armel Le Cléac’h in 2016, Loïck Peyron in 2008). Others will be focusing on finishing the race in order to achieve their qualification for the Vendée Globe.

On 16th June, more than 20 IMOCAs will be lining up at the start of the New York-Vendée-Les Sables d’Olonne, a sort of prologue to the Vendée Globe. In fact, this downwind transatlantic race will allow the competitors to face the sort of conditions they can expect during part of the solo round the world race. This final battle between New York and the Vendée Globe port will enable us for the final time to get an idea of the state of play. It will therefore be an opportunity for some sailors to gain a psychological advantage over their rivals.

The need to be well prepared

While they await these first races, most of the IMOCA boats are currently in the yard. While reliability is the key element, some are undergoing some major transformations.

“It is essential to start this busy season with boats that are well prepared,” explained Antoine Mermod. “Afterwards, it will all happen very quickly. It will be possible to carry out a few modifications during the summer, but the clock will be ticking. The basic work is being done at the moment. It is going to be interesting to see the boats being relaunched during March and April.”

2020 is a key year during which the men and women in the IMOCA class will be on show to the media and will share their stories in France and around the world, in particular during the Vendée Globe, which will bring together up to 34 sailors representing eleven nationalities. This season where so much is at stake is one of continuing along the same lines while looking ahead.

“We are already looking ahead to the period after theVendée Globe to achieve just as much or to do even better in the 2021-2024 cycle of the IMOCA Globe Series championship. We always need to be one or two years ahead,” concluded Antoine Mermod.

The next events for the IMOCA class: