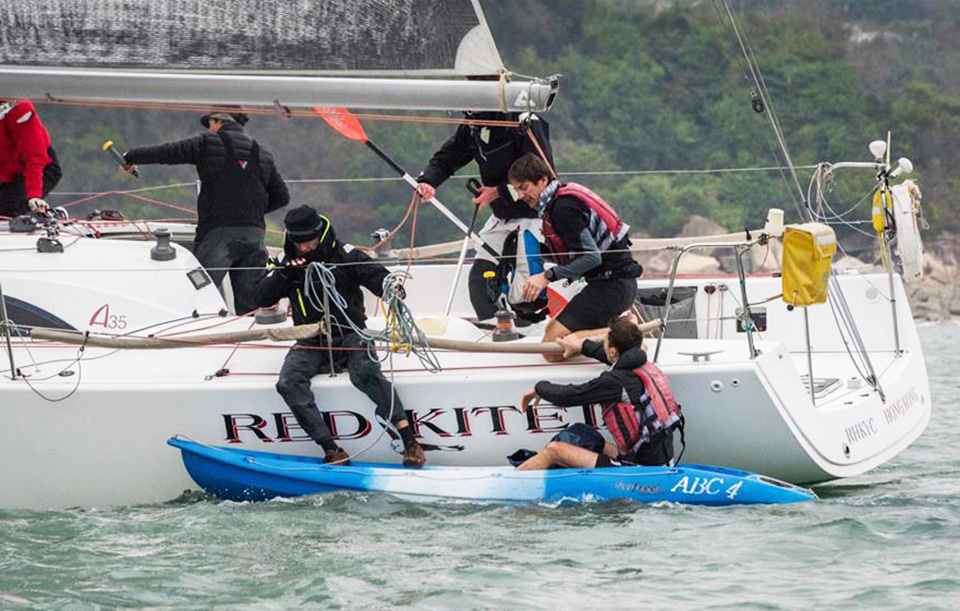 2019 Beneteau Four Peaks Race is now open for enrollment. Its upcoming 35th edition is aimed at enthusiastic sailors and runners of various levels and ages across Asia.

The region’s ultimate sailing and peak running challenge will take place on January 26th and 27th, 2019, combining elements of serious sailing, paddling, and mountain running. The date for each edition is purposefully set during Hong Kong’s coldest season, to make the competition even more challenging. The contest receives generous support from Beneteau's local dealer, Simpson Marine.

The excitement of the challenge, the spirit of teamwork, the rivalry of the competition, and – most importantly – a strong sense of achievement keep the participants coming back year after year. The race for the 2018 edition received 19 boat entries.

The challenges of the Four Peaks Race include sailing approximately 100 nautical miles to demonstrate skill and strategy, conquering four rugged mountains to test tenacity, and fighting fatigue to compete at night, under time pressure, and through all kinds of unforeseeable emergencies.

The two-day event requires strong teamwork, high-level seamanship and endurance, as well as smart tactics. Over the course of the day and night, the sailors steer their boats to the islands, where the runners are dropped off to race in kayaks on the beaches and master the peaks for each round. Each crew is required to conquer four landmark peaks.

Unique in Asia, the Beneteau Four Peaks Race is at the heart of Hong Kong’s yachting culture, and has gained a strong fan base in the region. The event has been run by the well-known Aberdeen Boat Club for 34 consecutive years, since 1985. The success of each race requires significant efforts from participants and volunteers, supported by excellent organization from the Aberdeen Boat Club. Since the 2017 edition, Beneteau has been the title sponsor as well as a participant.

An Introductory Night for the 2019 Beneteau Four Peaks Race will be hosted on September 26, 2018, to share details of next year’s competition at Aberdeen Boat Club with participants, boat owners, and partners.

The Beneteau Four Peaks Race is more a challenge than a race, but it is joyful and fulfilling at the same time. It is open to anyone who is involved in sailing and running. Sign up for the 2019 edition for a truly unforgettable experience. Contact Aberdeen Boat Club now for registration. Please click the link here.