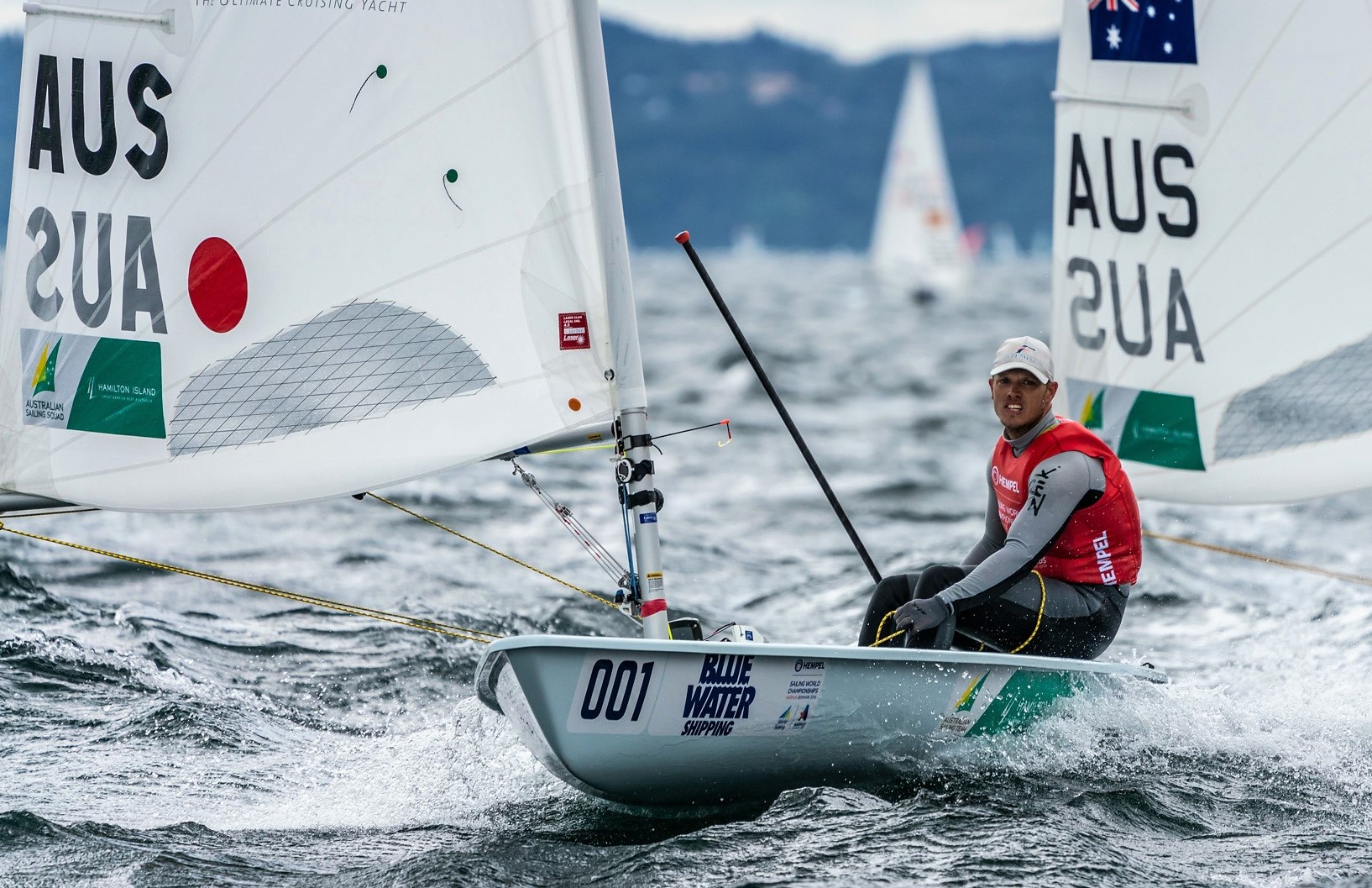 Reigning Olympic gold medallist Tom Burton will enter the first official Tokyo 2020 Test Event next month drawing inspiration from a twist of fate he experienced as a youth sailor almost exactly a decade ago.

“I don’t have many fond memories of those Youth Worlds,” Burton said. “But looking back at it, it was a bit of a turning point.

“That was the peak event of that year, when I was a youth sailor, and I left there a bit dejected. Now, 10 years later, I’ve left the same place with the same feeling and in the same position. But it was onwards and upwards from there and hopefully it will be the same this time.”

Burton will be one of Australia’s two Laser sailors at Enoshima, the venue for the next Olympic regatta. The other, Matt Wearn, claimed the silver medal at the World Championships, adding to his victories earlier in the year at the Palma Regatta and Laser European Championship. While the perfectionist Burton was unhappy with his result, the overall standard of Australia’s Laser squad was exceptional, with all five athletes finishing inside the top 16 of the 165-boat fleet.

Nineteen Australian sailors will compete at the Test Event, which doubles as the opening round of the 2019 World Cup Series. Burton and Wearn were among those who earned selection based on criteria around recent results, joining Rio 470 silver medallists Mat Belcher and Will Ryan, Nacra 17 Rio silver medallists Jason Waterhouse and Lisa Darmanin, and 49er crew David Gilmour and Joel Turner.

The rest of the squad was selected by a three-person panel which included Australian Sailing Performance Director Iain Murray. Those selected were 470W crew Nia Jerwood and Monique de Vries, 470M duo Chris Charlwood and Josh Dawson, Laser Radial sailors Zoe Thomson and Elyse Ainsworth, Rio Olympian in the Finn Jake Lilley, 49erFX crew Natasha Bryant and Annie Wilmot, and Nacra 17 pair Nathan Outteridge and Haylee Outteridge. Nathan Outteridge won a silver medal in Rio in the 49er with Iain Jensen and has teamed up with his sister in a new class. They won a silver medal at Aarhus.

Burton won the corresponding Rio Test Event in 2014 and finished third at the 2015 Test Event before capturing the gold medal at the Olympics.

“The Test event this year, two years out, is not as big as the Test event one year out, where you have one person from each country competing and it’s almost a simulation of the Olympics,” he said.

“It’s also linked in with the World Cup Series, so it will probably feel more like a World Cup event than an Olympic Test event.

“But the big thing about it is being on the Olympic course. I’ve been there a little bit. The facilities are really nice, the club is really good, there’s a lot of space. From what I’ve heard about the conditions, when I’ve been there it’s been quite different. They talk about sea breeze, waves and 15 to 20 knots. But I haven’t really seen that so much there.

“The conditions I’ve seen there are quite unpredictable. You can get anything. It tests all your skills, so who knows what could happen?”