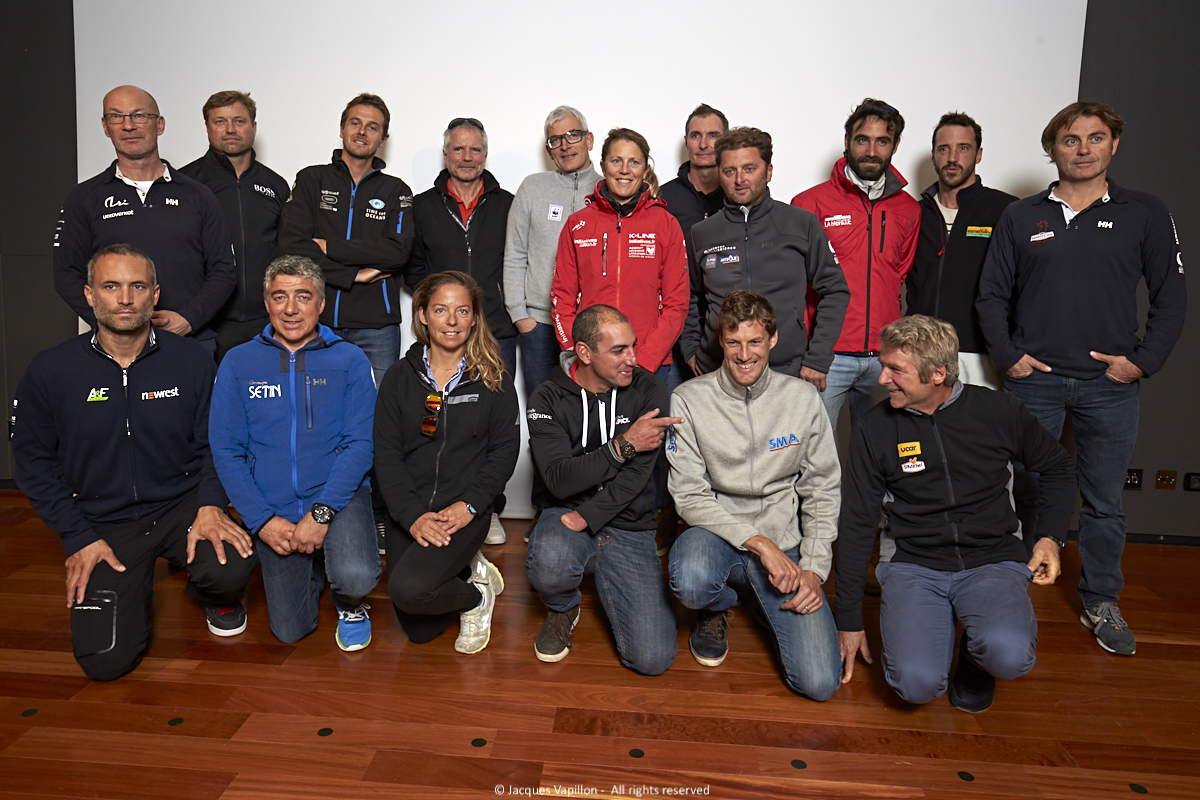 On Sunday 4th November in Saint-Malo, 20 monohulls from the IMOCA Class will be lining up at the start of the Route du Rhum-Destination Guadeloupe, the first solo event in the IMOCA Globe Series, the class’s new world championship. A record number of entrants and an exceptional and varied line-up confirm that the class is thriving and continually developing.

More good news: at least seven new boats will be lining up in the next Vendée Globe with the latest announcement coming from the Japanese sailor, Kojiro Shiraishi.

The Route du Rhum-Destination Guadeloupe is going to be very competitive and interesting to follow, as it is the first solo event in the IMOCA Globe Series. The IMOCA class world championship includes eight events with various weightings over the period 2018-2021. The winning skipper of the IMOCA Globe Series will be crowned world champion in 2021.
Before the Route du Rhum, one double-handed race has taken place: the Monaco Globe Series, which was won by Paul Meilhat and Gwénolé Gahinet.

This IMOCA Globe Series world championship aims to satisfy the enthusiasm of the sailors on their way to the 2020 Vendée Globe. It was necessary to offer a strong race programme to the class and maintain the interest between two editions of the solo round the world race, which marks the pinnacle of the IMOCA calendar.

The events in the IMOCA Globe Series are also identified in the Notice of Race for the Vendée Globe as qualifiers and will be used to select competitors for the 2020 race. What this really means is that those sailors who qualify and cover the greatest distance in races on the official calendar will obtain their ticket for the Vendée Globe.

An exceptional line-up for the Route du Rhum

This is the seventh time that the IMOCA fleet has taken part in the Route du Rhum. With twenty sailors competing in the 11th edition, there have never been so many of these monohulls since they first took part back in 1994. As a comparison, there were nine IMOCAs in the previous edition in 2014.

The line-up is extremely varied with in particular three women setting off and five European nationalities represented (France, Britain, Germany, Switzerland and Finland).

Among the twenty skippers competing in the 2018 Route du Rhum, 10 were at the start of the 2016-2017 Vendée Globe. The 10 others are new projects, which proves how there is a strong replenishment rate in the IMOCA class.

Another fact that stands out with this edition of the Route du Rhum is the presence of ten IMOCAs fitted with foils, which represents exactly half of the fleet.

Only one IMOCA boat from the latest generation is registered for the Route du Rhum, Jérémie Beyou’s Charal, which was launched on 21st August. But for the 2020 Vendée Globe, at least six other new monohulls will be lining up.

Four skippers have already made their project official: Charlie Dalin, Sébastien Simon, Alex Thomson and Armel Tripon. The Japanese skipper, Kojiro Shiraishi will also be present in 2020 with a new generation IMOCA. He will be setting sail around the world aboard a sistership to Jérémie Beyou’s Charal.

Previous winners of the Route du Rhum in the IMOCA category: