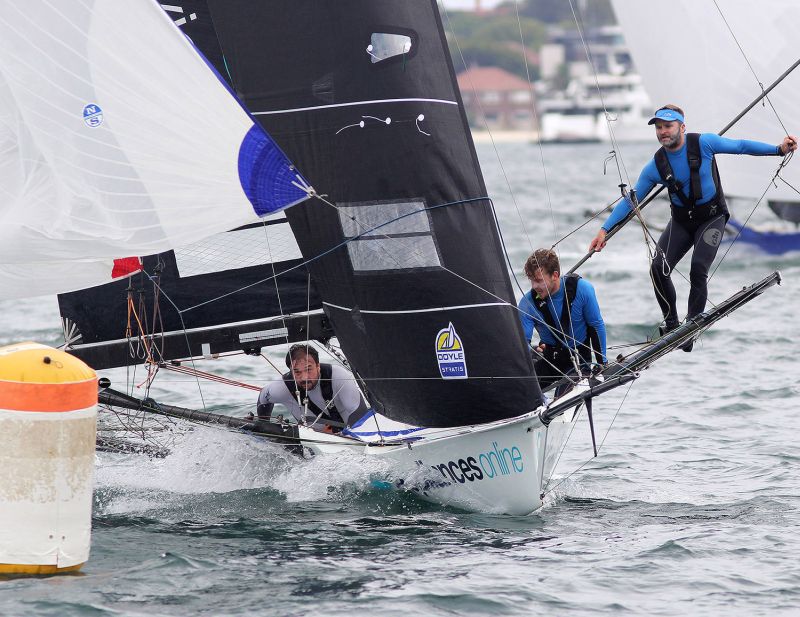 The Australian 18 Footers League’s 2020-2021 Season will commence next Sunday, October 11, when the club will conduct Race 1 of the seven-race Spring Championship series on Sydney Harbour.

A fleet of 18 top skiff teams will line up for the race, which will be sailed over one of the club’s 3-buoy courses to best suit the prevailing wind conditions at the time.

The 2019-2020 series champion skipper Brett Van Munster has retired from the 18s and won't defend his title, but his crew from last season, Kurt Fatouris and Phil Marshall, are still in the fleet and have now joined Keagan York’s Finport Finance team and will be attempting to defend their title.

As well as competing for series points, the teams are also competing in Race 1 for the Major Arthur Frizelle Trophy.

Major Frizelle was Rear-Commodore of the League during the club’s first two seasons – 1935-1936 and 1936-1937. During the following season, he took the NSW team to Brisbane for the Australian Championship and in 1939 became President of the League.

The 18-boat fleet has an incredible mixture of experienced and rookie teams in the line-up for the 2020-2021 Season.

The current Australian champion Jack Macartney (tech2) and three-times JJ Giltinan world champion Michael Coxon (Smeg) are expected to be at, or near, the head of the fleet throughout the season, but the 3-buoy system used during the Spring Championship is designed to keep the racing tight and action-packed.

Several teams which produced strong performances late in the 2019-2020 Season are expected to challenge for the Spring Championship title.

Tim Westwood is no stranger to the 18s and was a part of James Dorron’s Shaw & Partners Financial Services team which finished fourth in the JJ Giltinan Championship earlier this year.

Tim and his team have already shown the professionalism and enthusiasm required to be successful in the 18s. Since securing the skiff and the support of a top sponsor as Birkenhead Point Marina, the team has already spent many hours on the water practicing in a variety of conditions.

The young Vintec team are at the other end of preparations. They only recently got their skiff and went for their first 18 Footer sail yesterday (October 3).

NOTE: Unfortunately, due to the present COVID-19 restrictions, the number of passengers on the Australian 18 Footers League's spectator ferry is restricted.

DON'T FORGET: AeroMedia Live Broadcast team will be out on Sydney Harbour to capture all the action AS IT HAPPENS. The coverage can be viewed LIVE online at www.18footers.com.