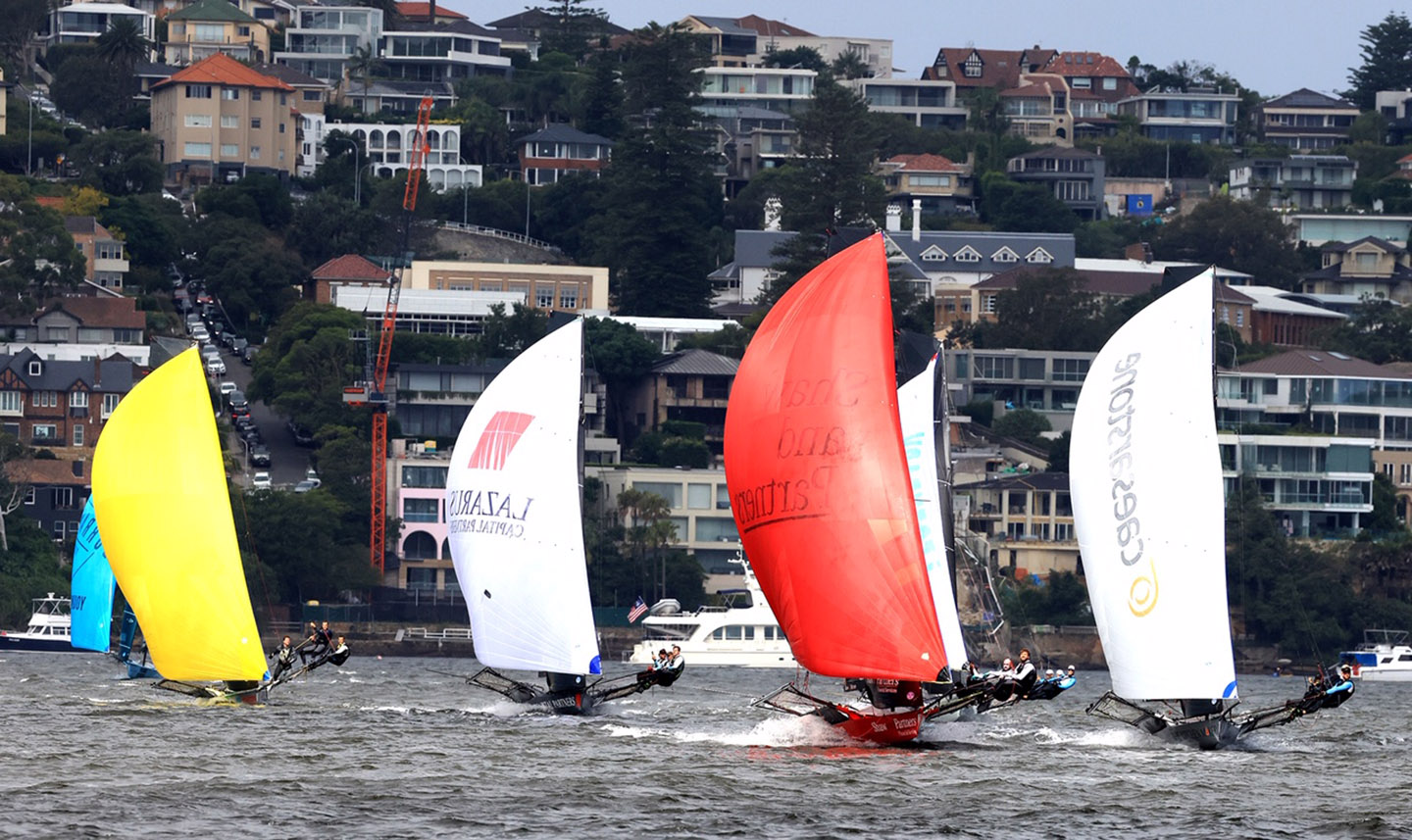 A preview of what is to come - Frank Quealey pic

After a week of heavy rain, strong winds and widespread flooding along the NSW and Queensland coastline, the 2022 JJ Giltinan 18ft Skiff Championship regatta began with the traditional Invitation Race on Sydney Harbour on Friday in intermittent rain.

The original concept was to assist visiting teams with learning some of the local conditions, but the race is now used primarily as a final tune-up for the ‘real thing’, which gets underway on Saturday.

The Invitation race confirmed that there is little between the top three teams: Australian champion Andoo, defending champion Smeg and NSW champion Tech2.

Tech2 (Jack Macartney), Smeg (Michael Coxon), Burrawang-Young Henrys (Simon Nearn) and Queensland’s C-Tech (Dave Hayter) were all rules out of the race for being over the start line on the ‘black flag’ third attempt to get the race away, but all continued for most of the race as part of their preparation for the championship proper.

The fleet was split with the decision to go with the bigger #1 rig or smaller #2.

Andoo chose the smaller while Smeg’s team went big and the decisions provided an interesting race for the lead over the entire course.

Although officially out of the race, Smeg raced into second place on the long spinnaker run across the harbour to Robertson Point then took the lead away from Andoo as the pair rounded the mark off Clark Island.

Smeg was fast downwind and continued to hold the lead over the following two legs of the course but as the breeze freshened a little Andoo’s rig proved decisive and once the experienced team regained the lead the race was all-but won.

Today’s result sheet and photos (by Michael Chittenden) are attached

Spectators can follow the racing on board the spectator ferry. Booking online through the club’s website is essential at: http://www.18footers.com.au/18-footers-sailing/spectator-ferry/

Live streaming at: http://www.18footers.com by clicking on the ’18 Footers TV’ link.