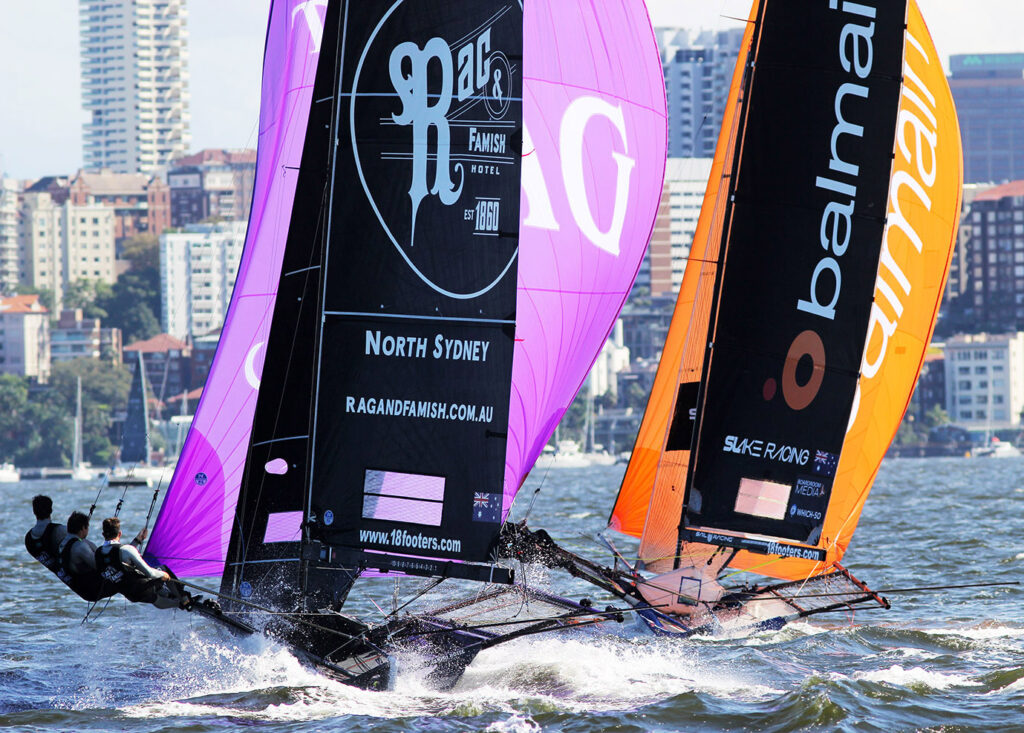 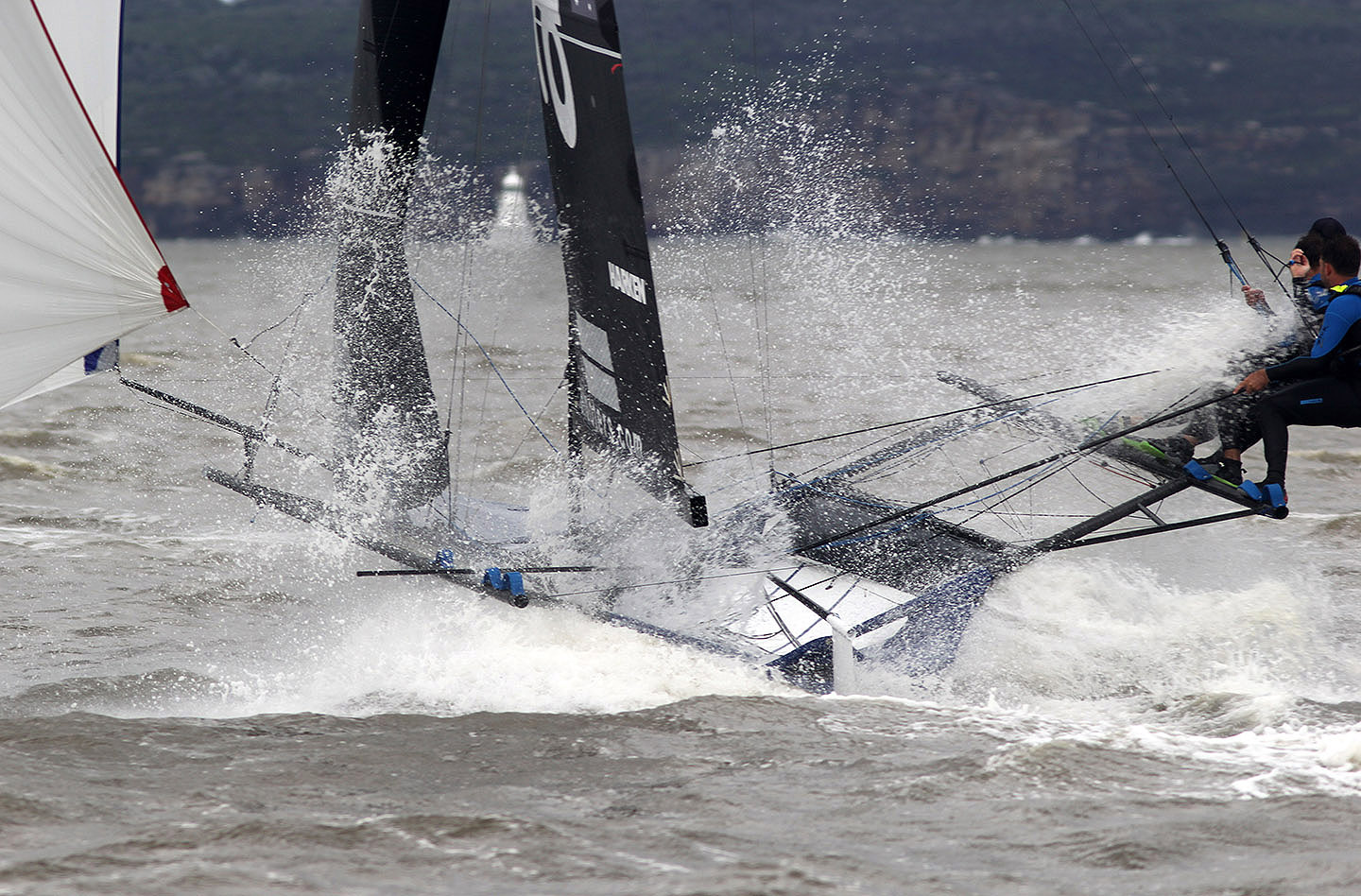 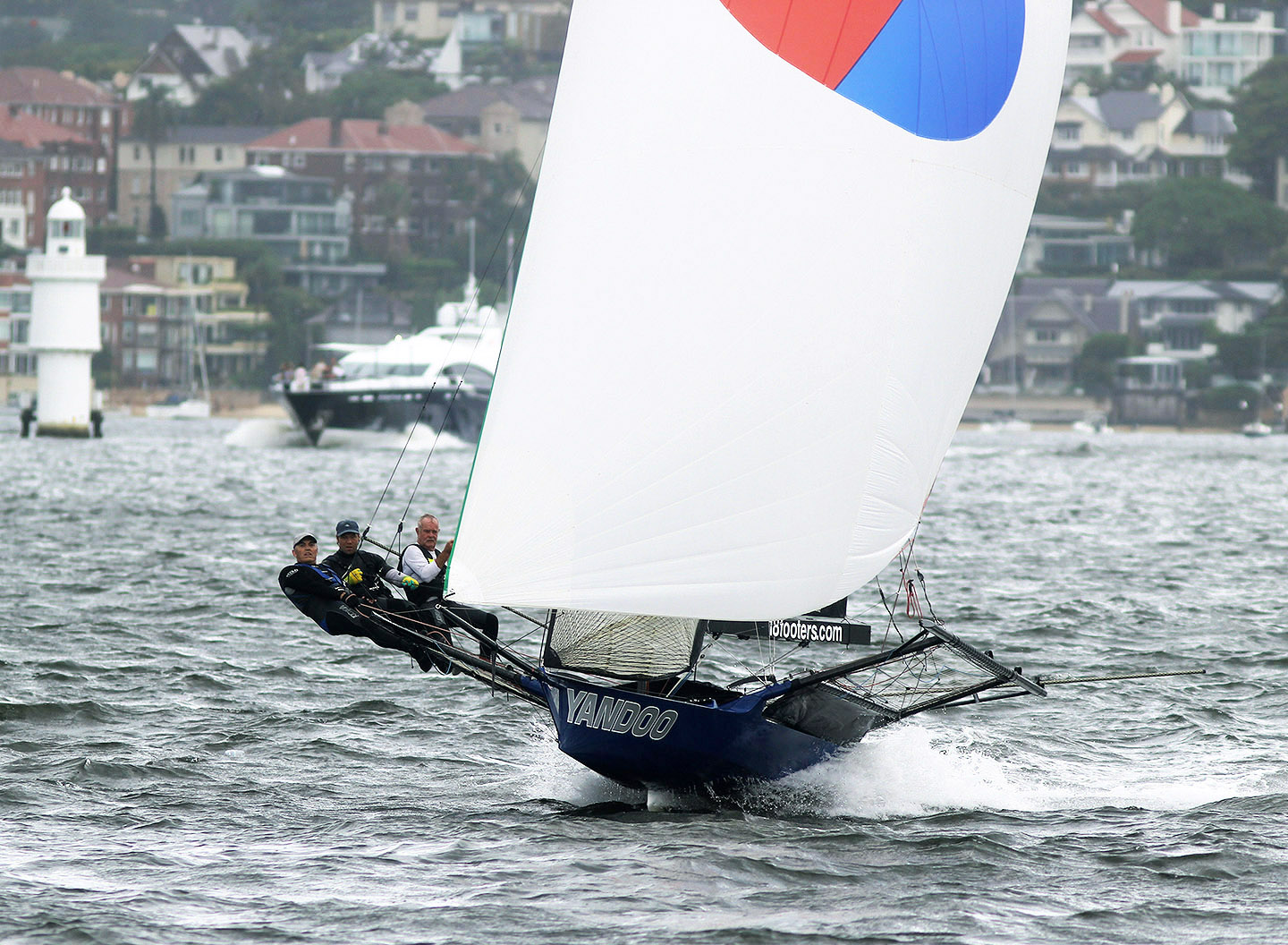 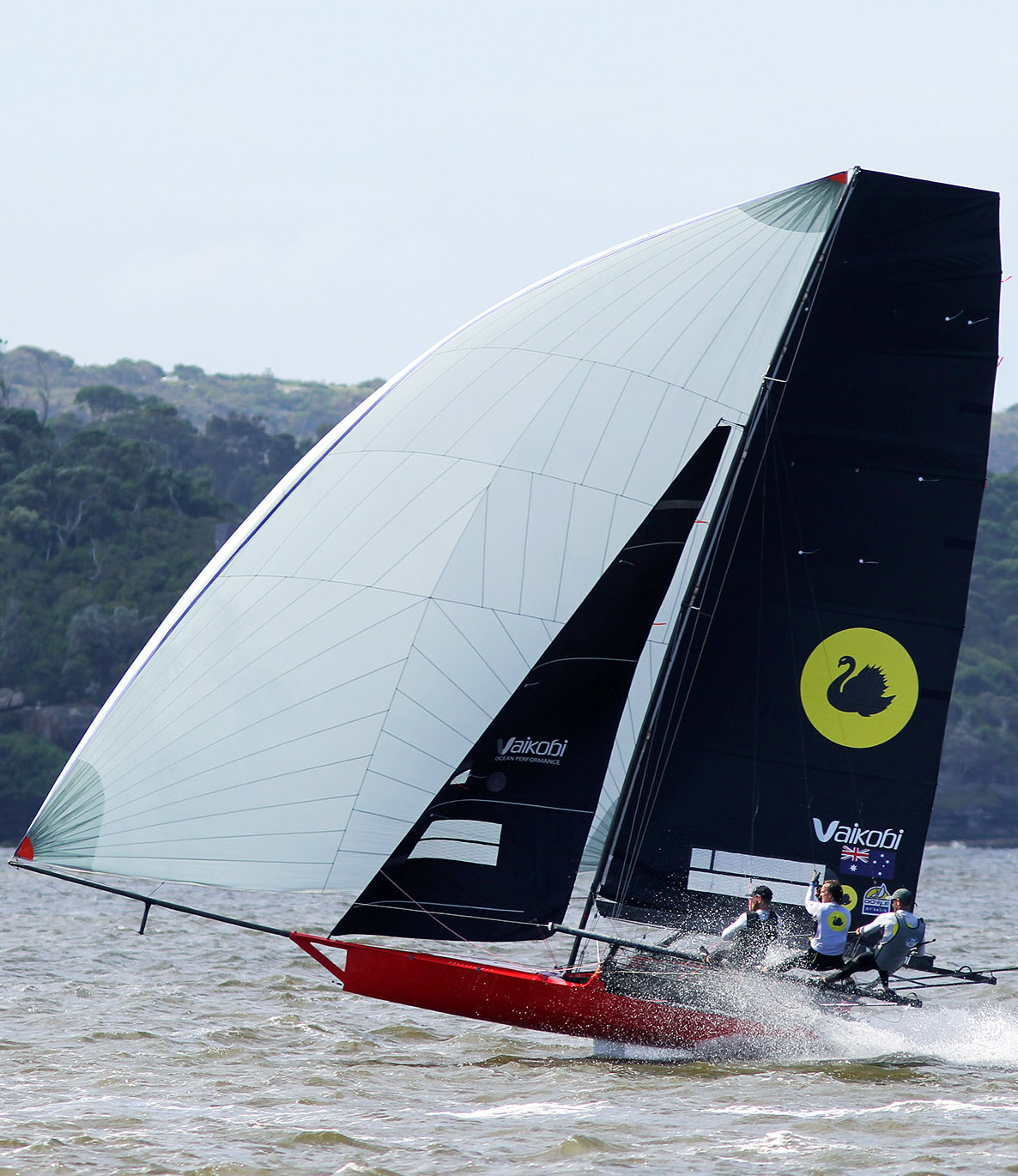 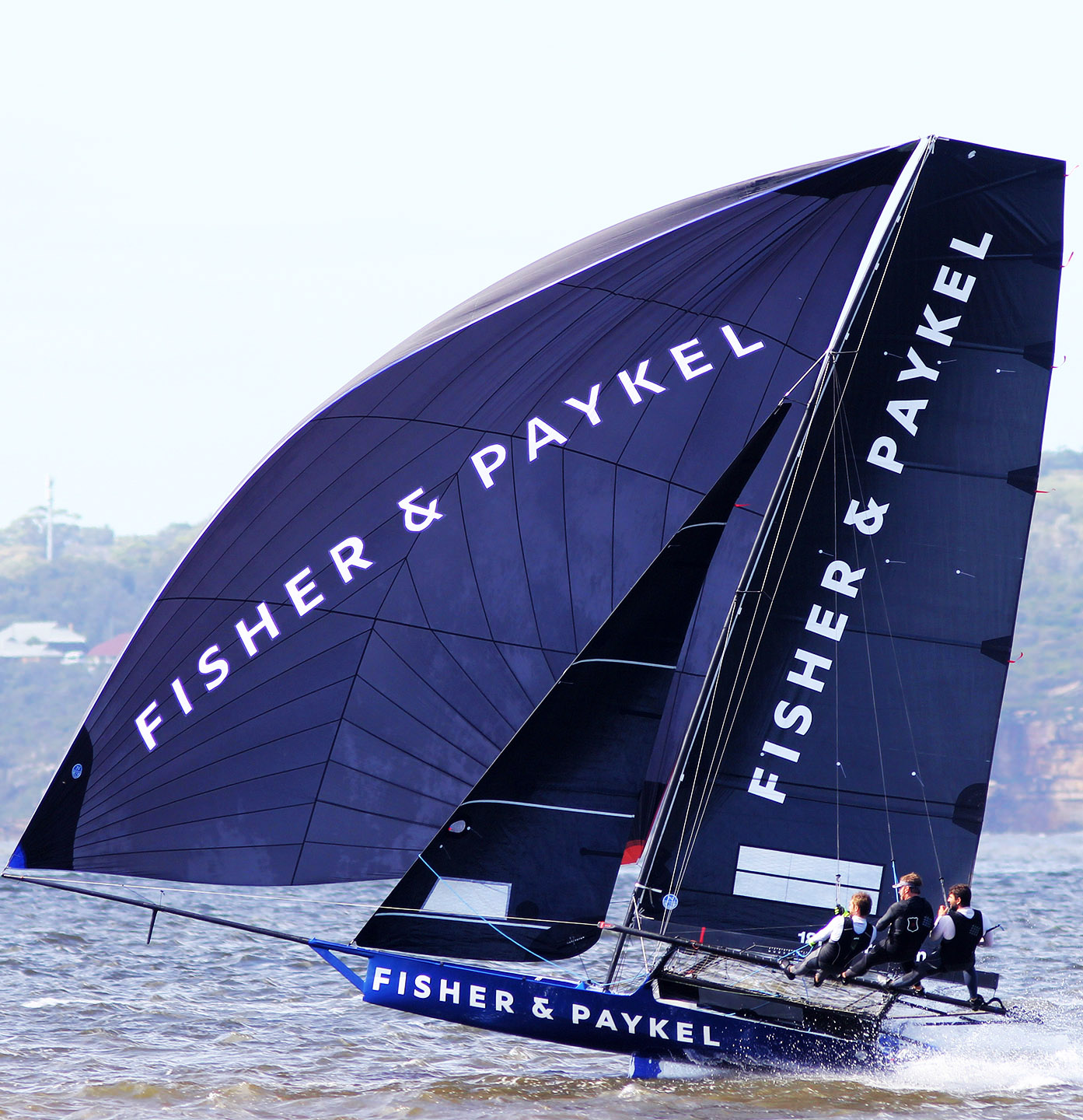 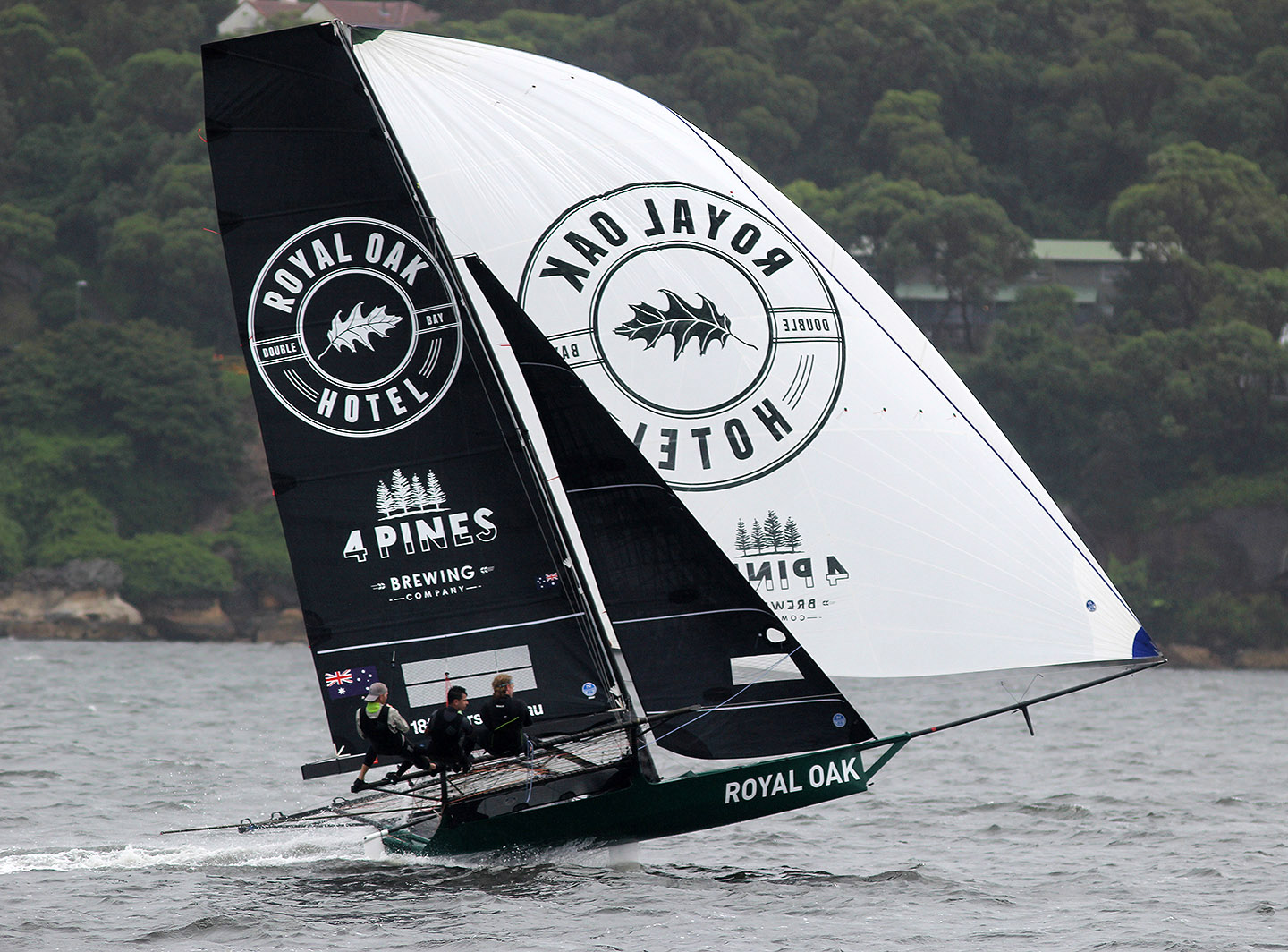 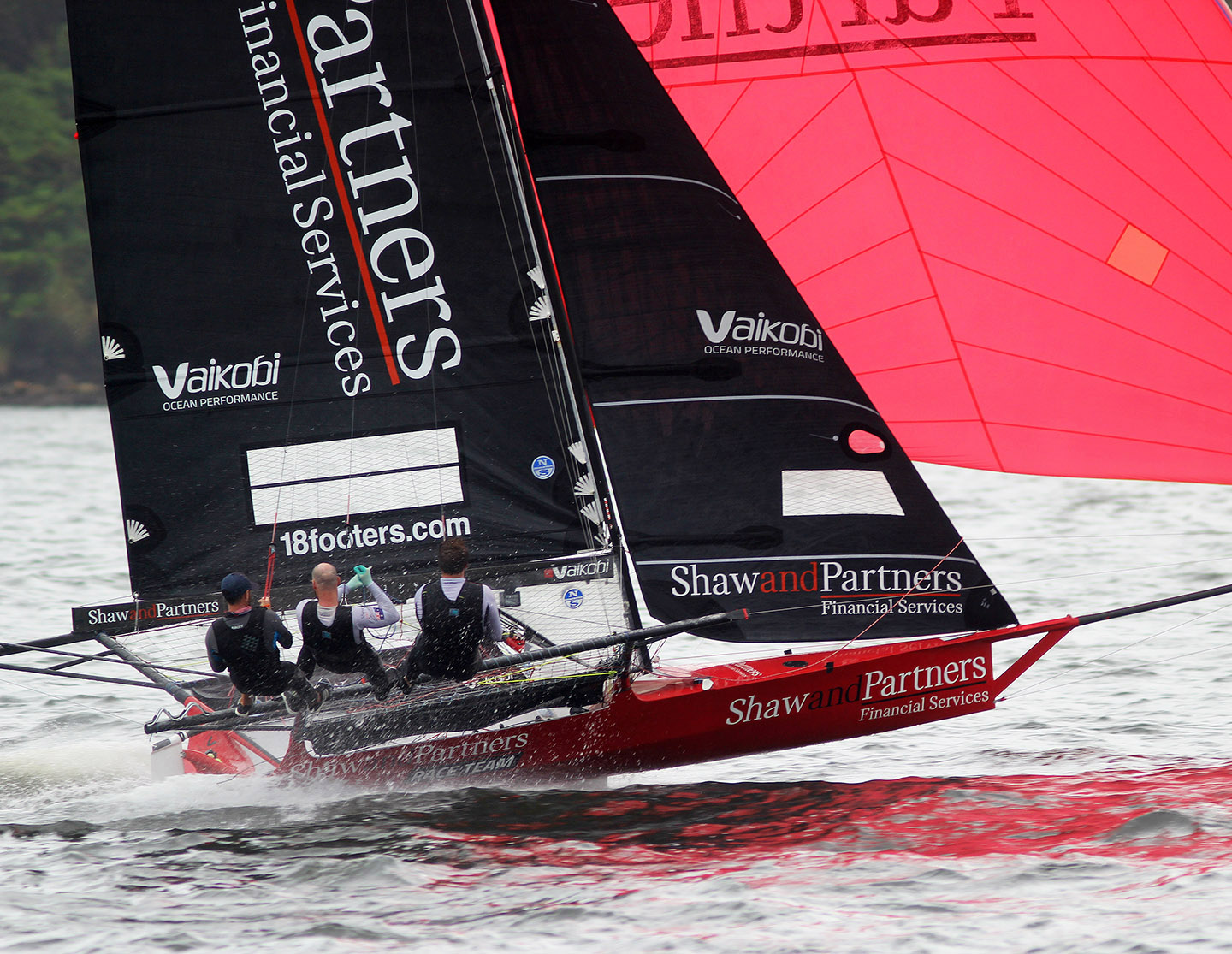 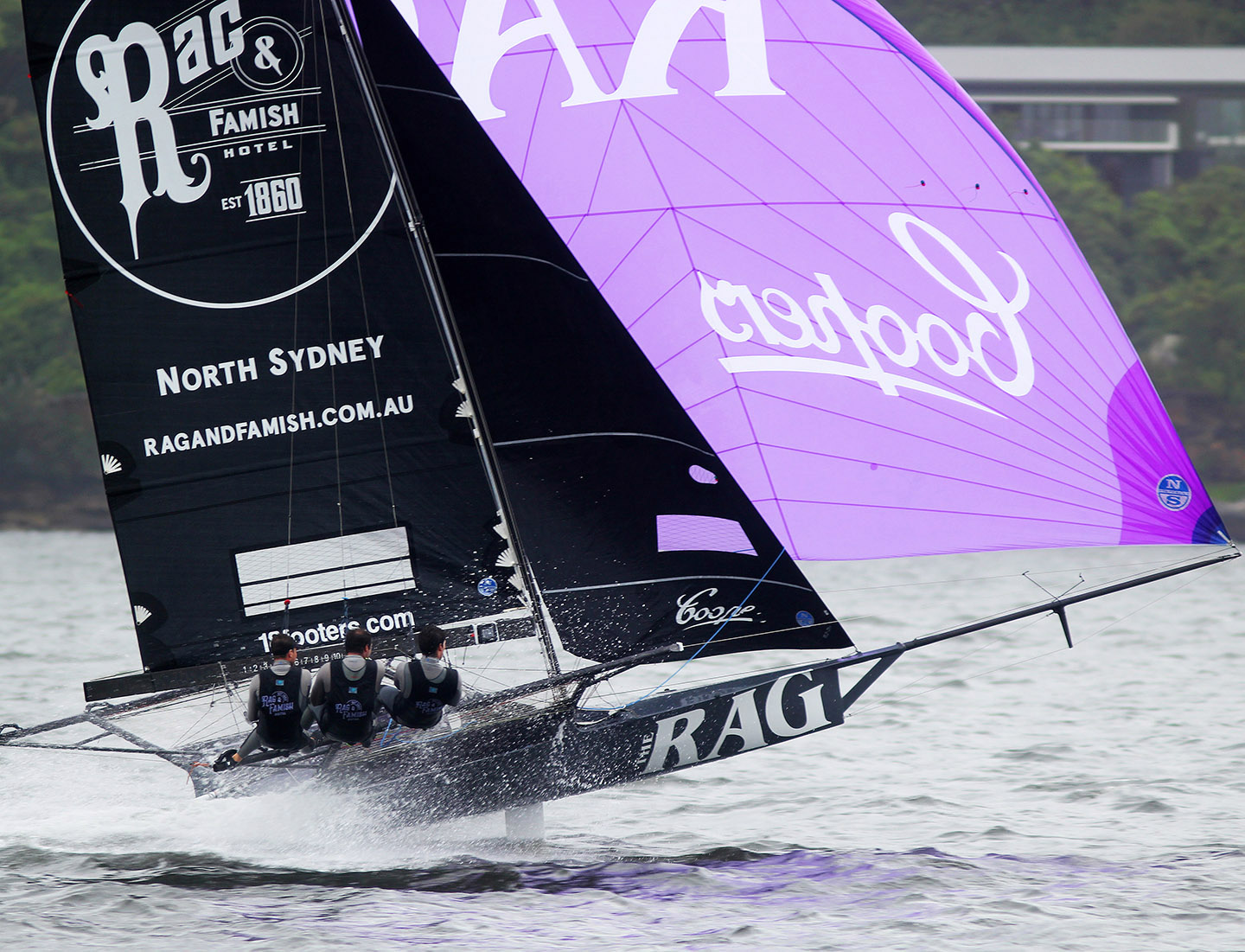 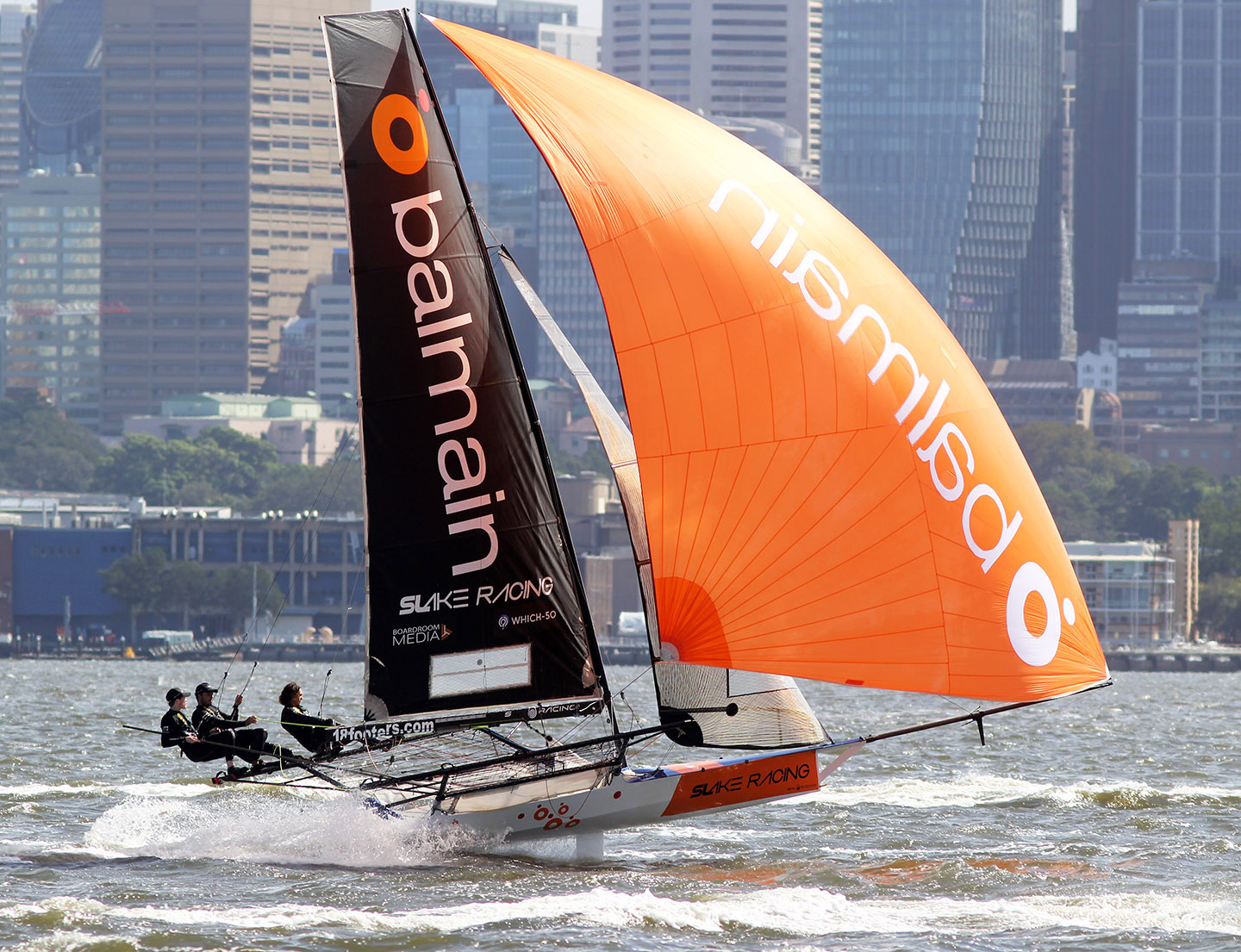 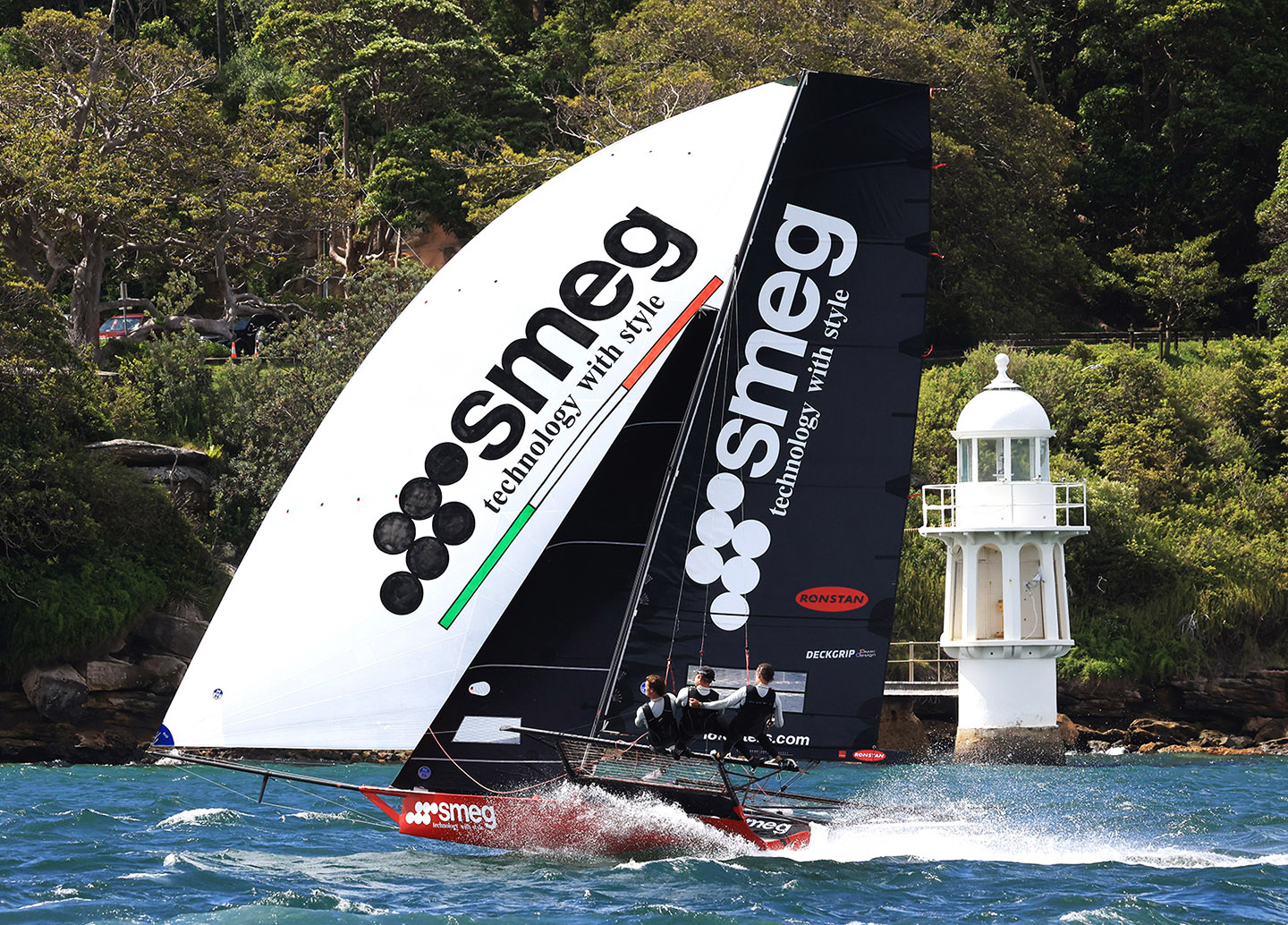 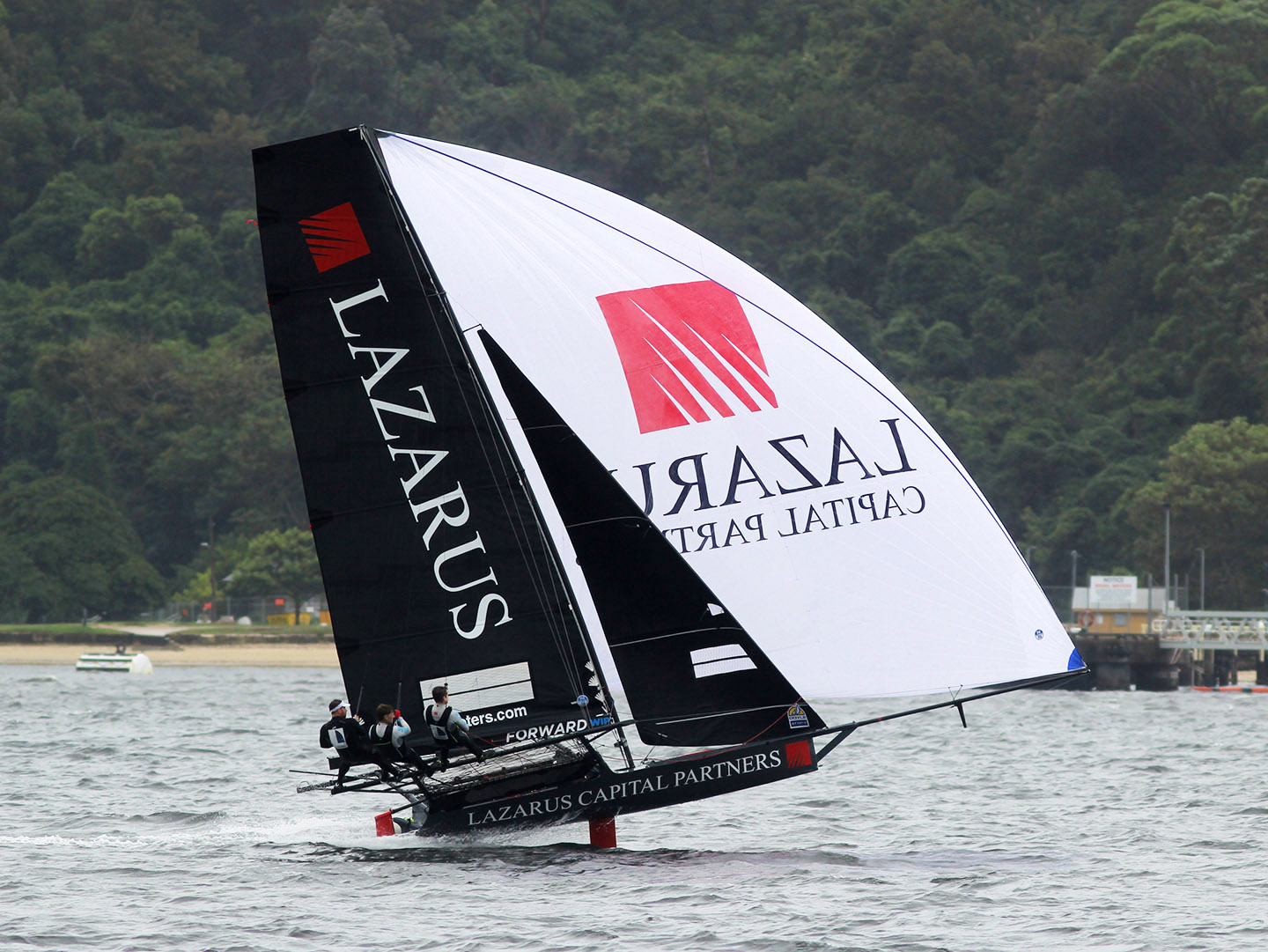 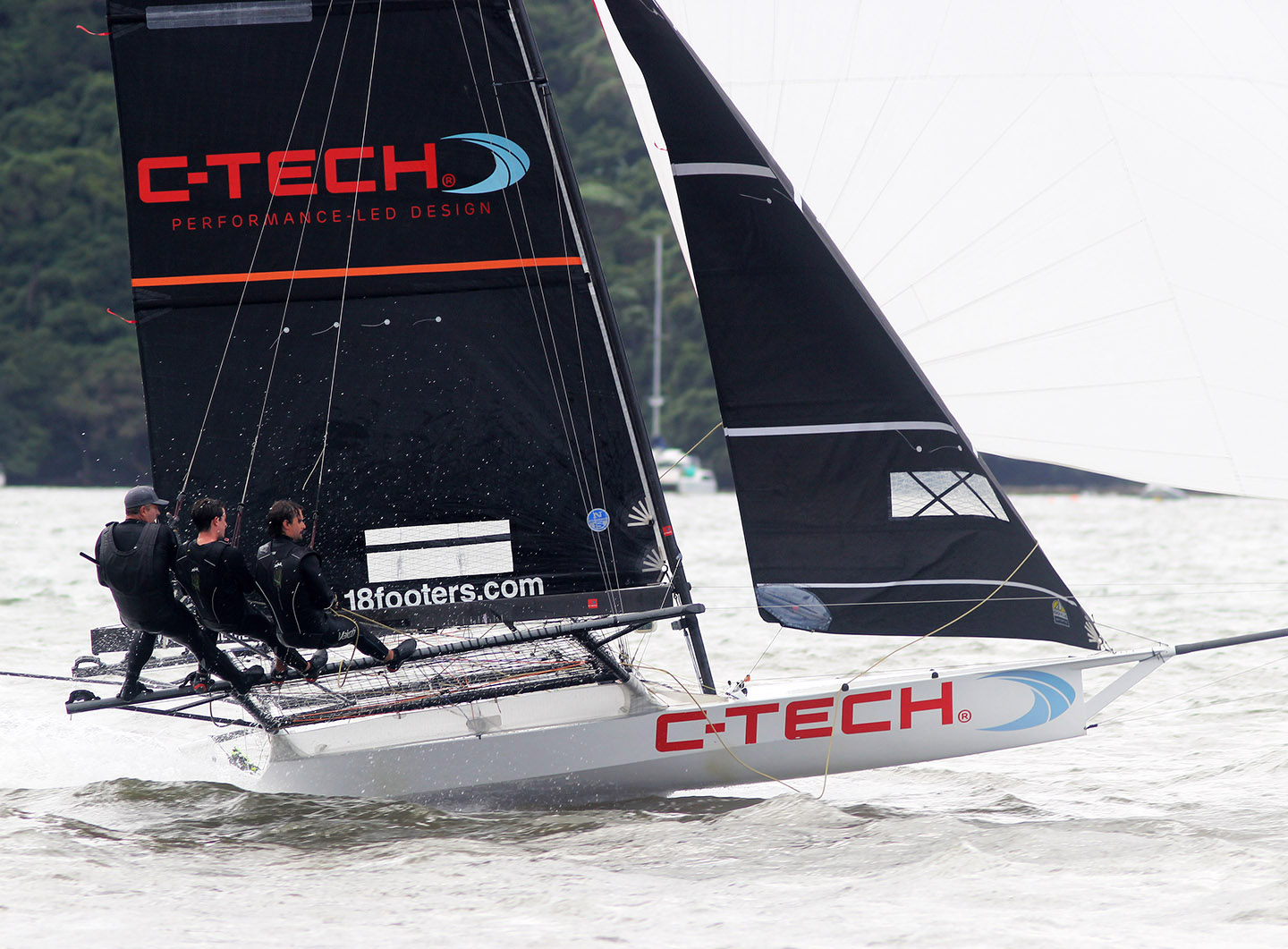 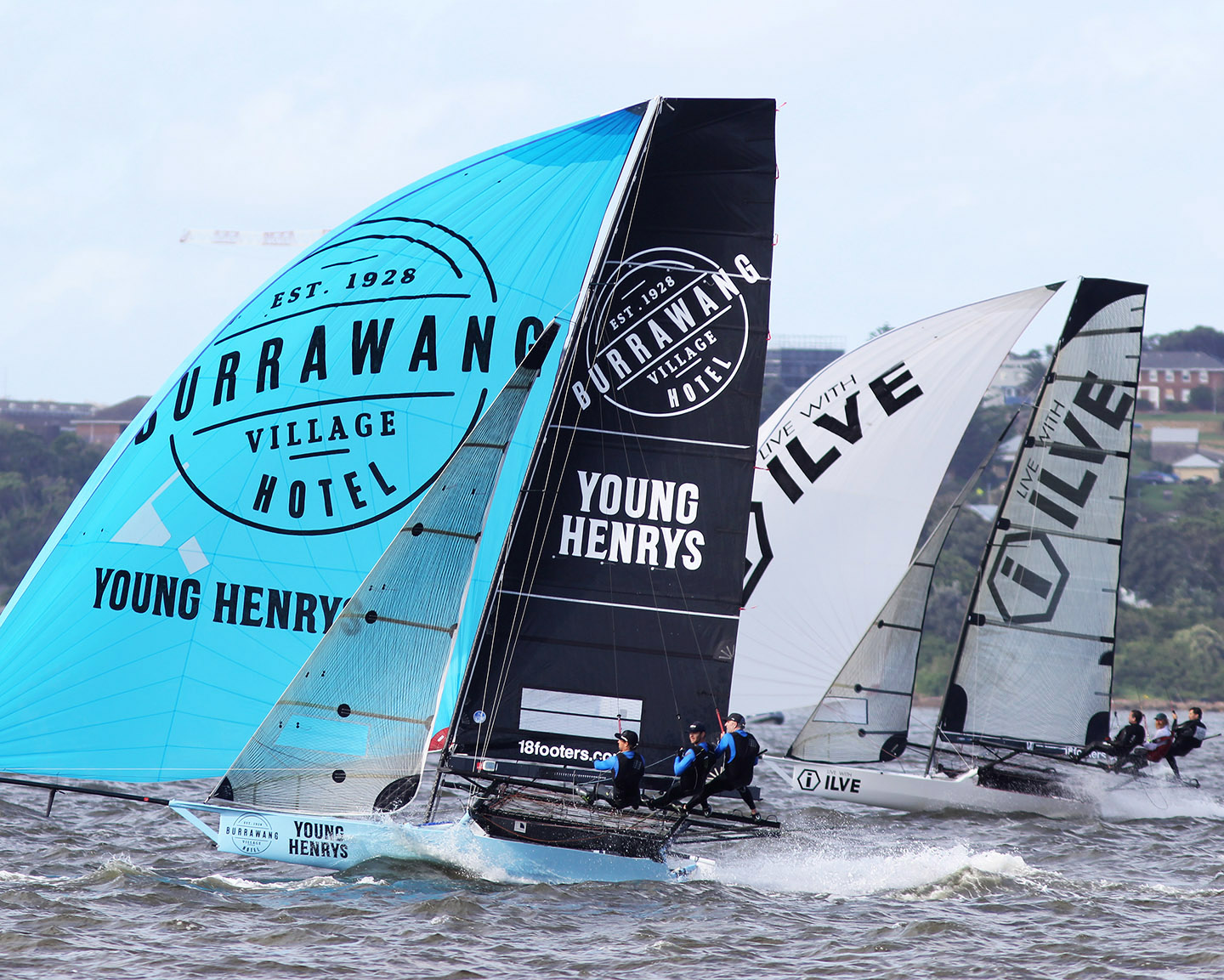 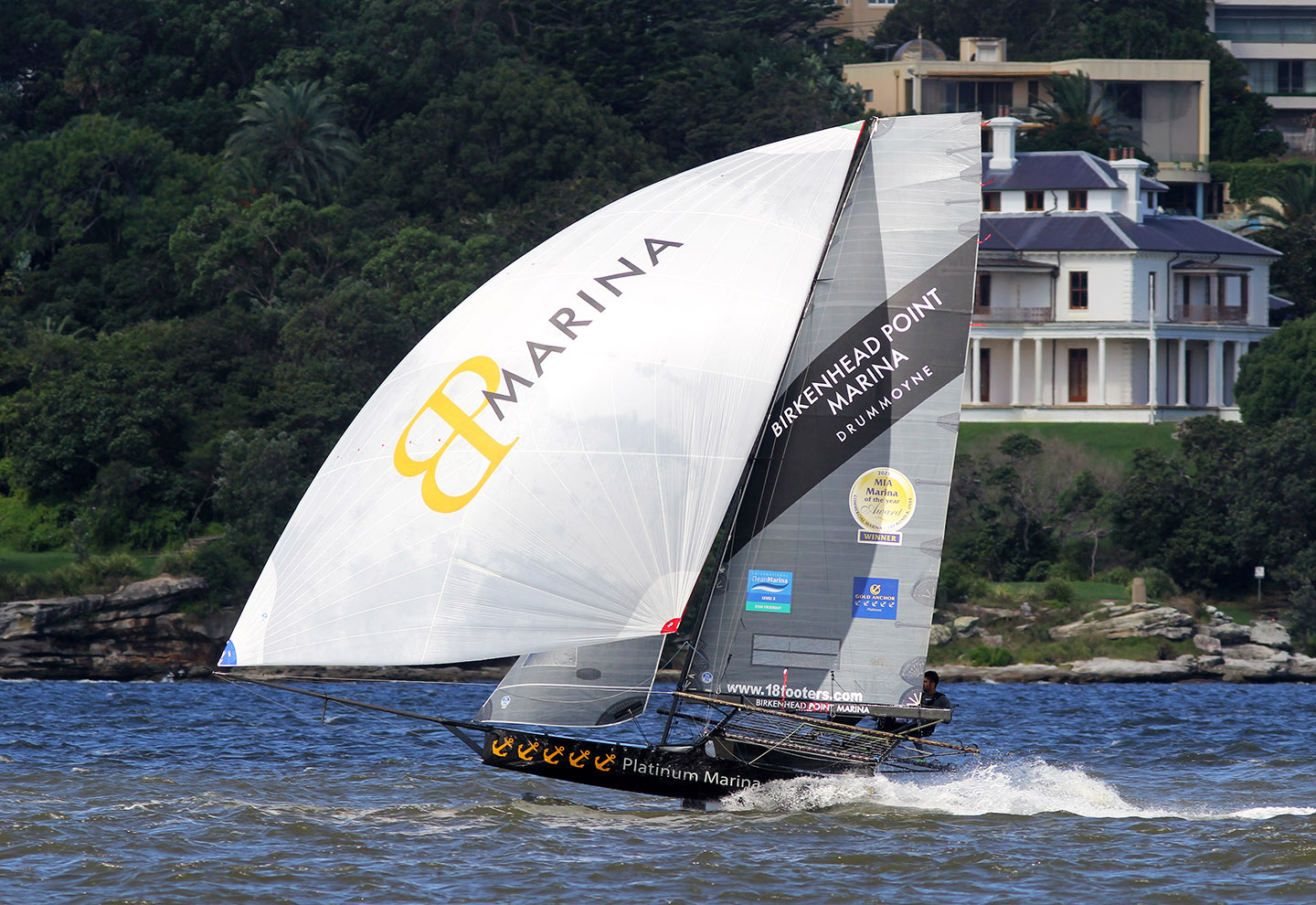 When the Smeg team with Charmaine Hill on board won last Sunday-week’s Queen of the Harbour race on Sydney Harbour, it brought a very successful Australian 18 Footers League 2021-22 racing season to an end.

Despite the delayed start last October because of the Covid restrictions imposed on the club, at the time, the season produced so many positive steps that it has raised many expectations of 18s footers supporters for the 2022-23 season.

Considering the travel, and other, restrictions in force, it was really a great result to have top quality teams competing so strongly in the twenty-five boat fleet.

The Andoo team, of Seve Jarvin, Matt Stenta and Sam Newton, was incredible as it powered to victory with seven race wins and two second placings from the nine-race championship.

It was Seve’s ninth victory (eight as a skipper) and Sam’s seventh. For Matt, it was his first in the 18s, although he is an Australian 16 footer champion.

What a JJ Giltinan contest it could be in 2023 if the all-conquering Andoo team is able to clash with the three-time champion Honda Marine team on Sydney Harbour.

Other winners during the season were the Tech2 team (Jack Macartney, Charlie Wyatt and Lewis Brake) which won the NSW and Club Championships the Yandoo team (John Winning, Fang Warren and Mike Kennedy) which won the League’s Season Point Score series and The Oak Double Bay-4 Pines team (Aron Everett, Charlie Gundy and John Cooley) which won the Spring Championship.

The quality of the product was assured when the League arranged the building of five new hulls which raced as Smeg, Lazarus Capital Partners, Yandoo, Noakesailing and Andoo, and introduced exciting new talent into the fleet.

Sponsorship from long-term partners was boosted by new sponsors Burrawang Village Hotel, Young Henrys Brewery and Balmain Slake. And, after a seven-season break, it was also great to see the return of Fisher and Paykel as a boat sponsor.

Four sponsors who have supported the League fleet for more than twenty years are Smeg, Rag & Famish Hotel, the Winning Group of companies and Sean Langman’s Noakes Group.  Other long-time boat sponsors include those from competitors Darren McKavanagh (The Kitchen Maker-Caesarstone) and Keagan York’s Finport Finance.

All successful sporting teams or organisations can only survive with the introduction and progression of ‘the next generation’ and the League’s on-going policy was never stronger than in 2021-22.

Young world and international champion skippers and crew were spread throughout the fleet while the League’s new ‘Academy’ is designed to give even further support to other young hopefuls.

Incredibly, the totally rookie Rag & Famish Hotel team of Harry Price, Josh McKnight and Harry Hall finished third behind only Andoo and Tech2 at the JJs and mixed-it with the big guns throughout the entire season.

Other new teams also showed great potential while many of the existing teams also improved to produce a really quality fleet.

Bringing everything together to the world was the high-quality, ‘live-as-it-happens’ from the water, video coverage by the Sail Media team, which featured the commentary team of seven-time world 18 footer champion Andrew Buckland and ABC commentator Peter Shipway.

While the 2021-22 season might have just ended, with the prospects for competitors, sponsors and spectators, 2022-23 can’t come quickly enough.