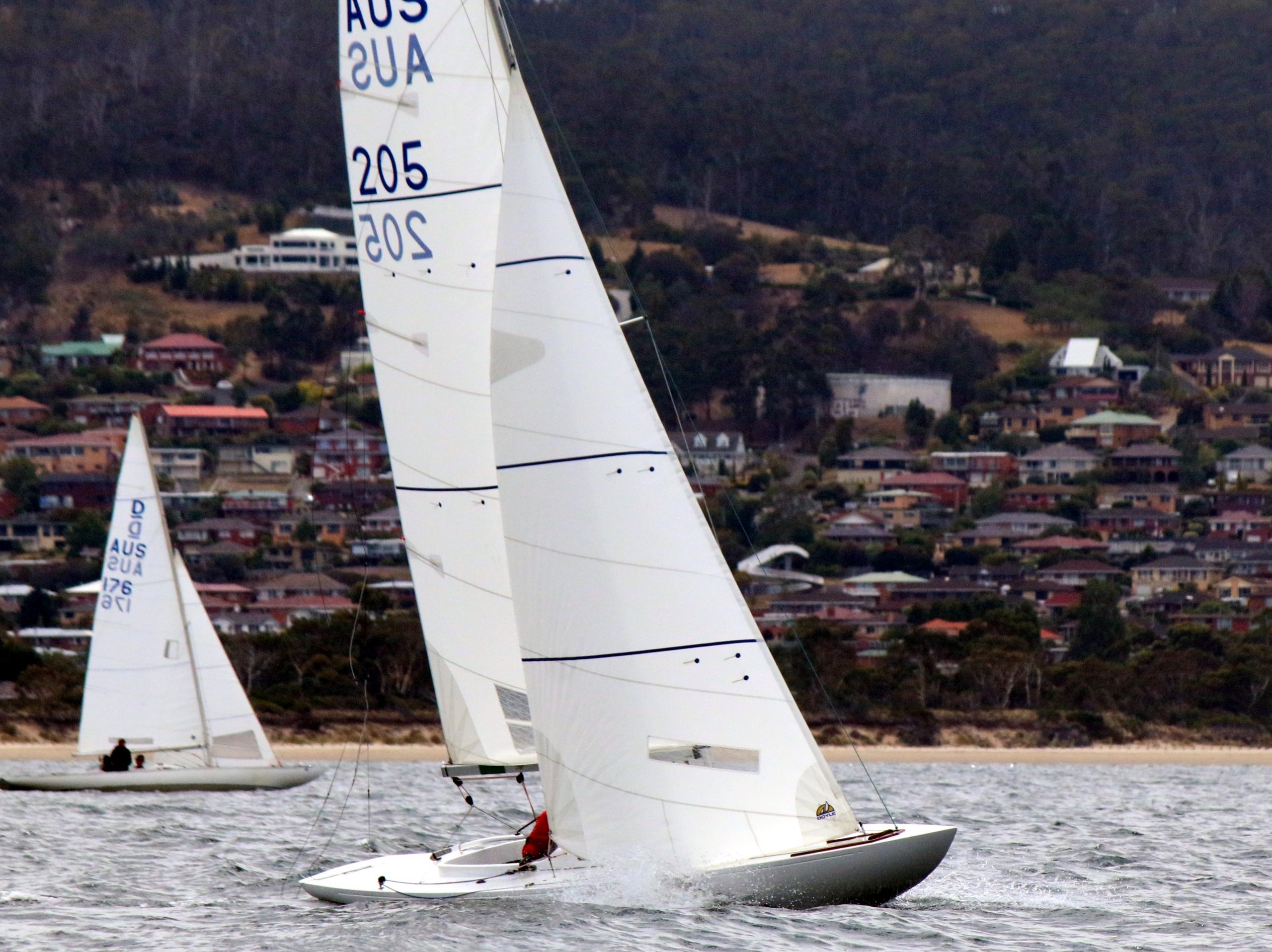 Tasmanian yachtsman Nick Rogers today eclipsed his own record in the Prince Philip Cup for the classic International Dragon class by provisionally winning the Cup for the 11th time.

His win with Karabos IX will not be officially confirmed until after tomorrow’s final race. However, the only chance of Rogers being beaten would be a last race,  non-droppable penalty for ‘inappropriate’ behaviour on the race track.

He could win the Prince Philip Cup just by not racing in the final race on Hobart’s River Derwent.

“I don’t think we would be likely to put ourselves in that situation,” said Rogers,  who won his first Prince Philip Cup in 1959.    In addition to 11 (almost) Cup wins as a helmsman since 1959, he won one as a crew for 89-year-old Gordon Ingate.

Karabos IX finished second in both races for the one-design class today, maintaining consistency that allowed him to discard a third place for a net 7 points.

Sailing conditions were difficulty with a gusty westerly wind gusting to 20 knots blowing across the Dewent with an strong ebbing tide.

Even if Rogers elected not to sail today, or finished last, he could discard that race and end the regatta with a winning net 10 points.

“I have a brilliant crew and they have not sacked me yet,” Rogers said in praising his longtime Dragon crew of Leigh Behrens and Simon Barrows.

The duel is on now for second and third places, with Linnea on a net 11 points after 1-5 score yesterday and Whimsical on 12 points from a 4-3 results.

An outside chance of an overall place is Ridgeway, skippered by Tasmanian Steven Shield, the youngest sailor to ever win a Prince Philip. Ingate, incidently, is the oldest to win the Cup.

Today’s race was sailed a westerly gusting to 20 knots, with Aquila (Jock Young) forced to retire from race six with mast and rigging problem only 500m from the finish and in the top four boats.