The Australian Sailing Hall of Fame acknowledges exceptional performance and contribution at the highest level by an individual or a team, both past and present, and covers all disciplines of sailing, including those in supporting roles such as coaches and designers.

Australian Sailing has developed this important initiative in partnership with the Australian National Maritime Museum.

Australian Sailing President, Daniel Belcher said, ‘We are honoured to be celebrating the contributions Malcolm, Frank, Noel, Jamie and Graeme made to sailing. It is the right time to be including our first Paralympic gold medal winning team, twenty years to the day since that historic moment when they crossed the finishing line on Sydney Harbour.

‘We are also thankful to the Australian National Maritime Museum for their support of the Australian Sailing Hall of Fame, a program which is crucial to recognising our past and those who have contributed so much to it.’

Malcolm Page OAM (born 1972) has won multiple world and national titles and is currently Australia’s most successful Olympic sailor in the 470 class after winning back to back gold medals at successive Olympic Games, under two different skippers:- Nathan Wilmot in Beijing in 2008 and Mat Belcher in London in 2012.

Page started sailing in Manly Junior dinghies when he was eight. In 1986 he won his first gold in that class as a teenager at the Australian National Championships. He sailed Flying 11s, 16- and 18-foot skiffs and the International 505 class, then moved to the 470 class for Olympic competition. Under the tutelage of Australian Olympic coach and former 470 class sailor Victor Kovalenko (an Australian Sailing Hall of Fame inductee in 2017) this became Malcom’s forte, while he also later won events in the larger keelboats – in the Farr 40 and Sydney 38 classes. His first Olympics in the 470 dinghy class was in Athens in 2004. After going in as world champion, he was unplaced. The next Olympics and the next after that he and his successive skippers won gold.

In acknowledgment of his career Malcolm was awarded the honour of carrying the flag for the Australian team in the closing ceremony of the 2012 London Olympic Games. He is now coaching.

The Sydney Games marked the introduction of sailing to the Paralympics as a medal sport in two classes; the three person Sonar and the one person 2.4mR keelboat classes.

With experienced America’s Cup skipper Robins as skipper, and Dunross and Martin as crew the team finished top four in all their counting races and went on to take the gold from the German and Canadian teams.

Robins had sailed as a child, but a car crash at age 21 rendered him partially quadriplegic from a spinal fracture. His long list of sailing achievements included skippering Australia in the 1977 America’s Cup against Ted Turner’s Courageous. At 60 he was the oldest sailor to win gold at the Paralympics. In 2003 Noel Robins sadly died after being hit by a car.

Dunross became a quadriplegic after an explosion at a gold mine in Meekatharra. After the Paralympics he became the first person with quadriplegia to circumnavigate Australia unassisted in 2010.

Martin, who had his left leg amputated after an accident while fighting fires, went on to win a bronze medal in the Sonar class at the 2008 Paralympics in Beijing. 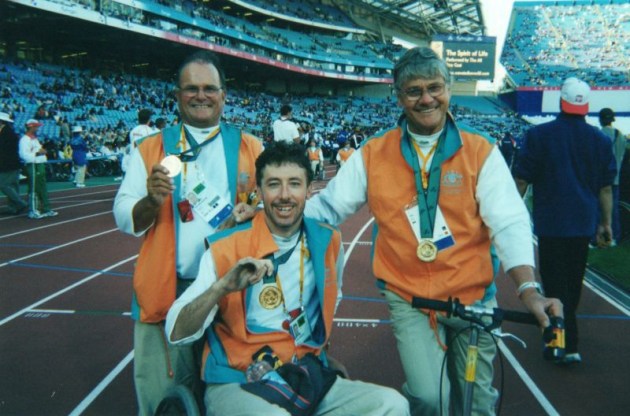 Frank Bethwaite DFC OAM (1920-2012) a global innovator and pioneer in design and meteorology who, with his wife ‘Nel’ Adelaide founded a sailing dynasty with their four children: Christine, Mark, Nicky and Julian.

Frank loved experimenting with rigs and hull designs; he joined the Northbridge Sailing Club after moving to Australia in 1959 and was instrumental in forming the group to design a dinghy to make sailing more accessible. The Northbridge Senior, NS14, a small, light dinghy was born, a dinghy in which hundreds of children have learnt to sail, with many going on to win world championships.

In 1968 Bethwaite established Starboard Products. There, he created a small wind tunnel to experiment with wind flow over sails, which led to innovative breakthroughs in rig design and performance. In 1975 his Tasar design was picked up by Performance Sailcraft, which produced 3000 dinghies worldwide, in Canada, the UK, Japan and Australia.

Another high profile class bearing the Bethwaite name is the 49er skiff, a concept Julian developed with his father’s support in 1995. The 49er was selected for the 2000 Sydney Olympic Games, the first Australian design ever. Today it remains an integral part of Olympic sailing.

In 1976 Frank was appointed meteorologist for the Australian sailing team at the Montreal Olympic Games. The research he did for those Games formed the basis of his 1992 book, High Performance Sailing. Seen as an industry standard, it translated into 12 languages. Frank went on to write Higher Performance Sailing in 2008 and Fast Handling Technique, which he completed shortly before his death in 2012.

Kevin Sumption, Director and CEO of the Australian National Maritime Museum said, ‘Australia’s relationship with the sea is deep, we have a long and honoured history with sailing and it is important that we continue to recognise those Australians who have helped shape sailing in this country both as a sport and as a pastime. These legends join previous inductees as icons of Australian sailing.’ 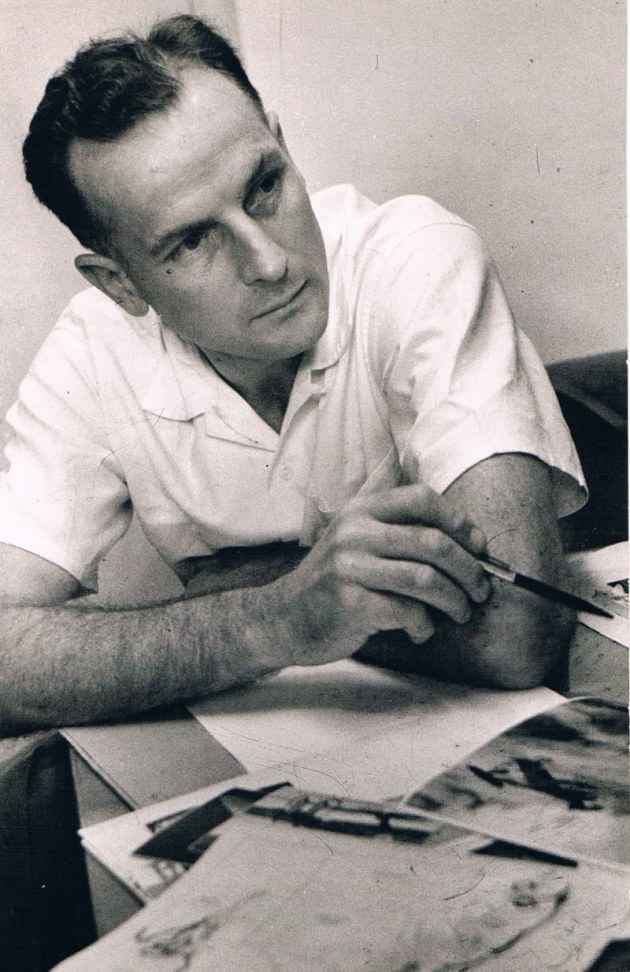