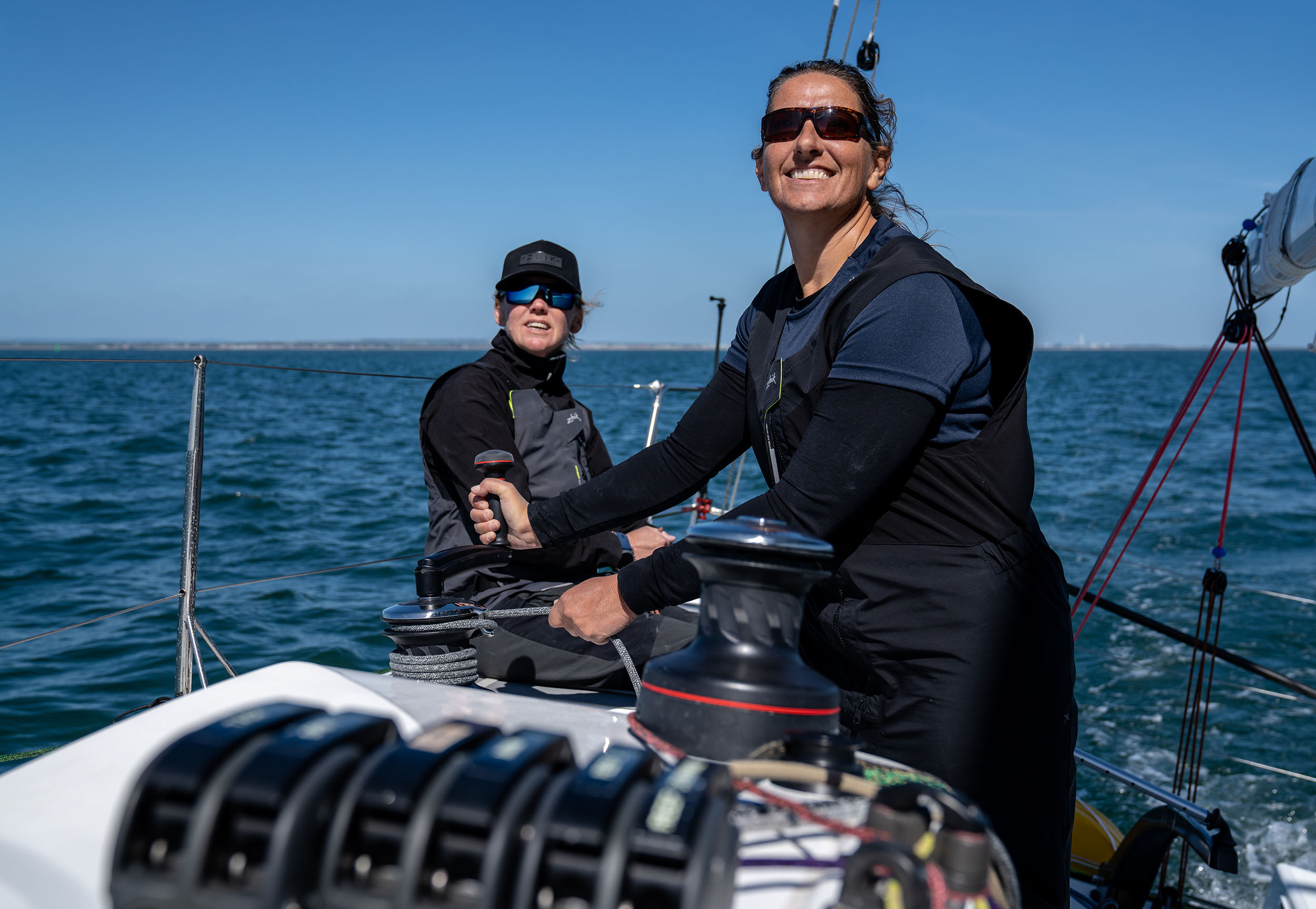 Shirley Robertson and Dee Caffari are teaming up with Zhik for their 2022/23 double-handed offshore sailing campaign.

Dee and Shirley bring a powerhouse of sailing talent and expertise to this campaign. As the first woman to sail non-stop solo around the world, against the prevailing winds and currents Dee has since completed six circumnavigations. Her offshore racing career includes the Vendee Globe and two Volvo Ocean Races.

After winning Olympic Gold in the Europe Class and then the Ynling keelboat, and forging a highly successful career as a TV and sailing media presenter, Shirley switched to offshore doubled handed racing in 2021. Racing with Henry Bomby, the pair finished second in class in the Fastnet Race and in the UK Double Handed Offshore series.

Now racing their new Jeanneau Sun Fast 3300 ‘RockIt’ together, this years campaign for Dee and Shirley includes the RORC offshore race series and culminates with the marathon 1800nm Sevenstar Round Britian and Ireland Race. Since RORC introduced a double handed class 12 years ago, only 9 out of 25 teams have finished.

Shirley Robertson comments, “We’re asking a lot from our technical kit – the Round Britain and Ireland race is long, inevitably we will encounter rough, cold conditions. Our boat is small, there’s little protection and to race it well requires a high level of flexibility and physicality. It’s extreme and staying dry, warm and in good shape is crucial to success – technical kit that performs, is durable and has been well thought out by the best sailors in the game is crucial. We’re excited to partner with Zhik, they have a history of listening and adapting. It’s exciting to be working with them.”

Piet Poelmann, Zhik CEO adds, “We are thrilled to be supporting Shirley and continuing our existing partnership with Dee. Double handed offshore sailing is some of the toughest racing out there and we are excited to be part of this highly talented and inspiring team. They will be wearing our latest high performance OFS800 breathable offshore gear and CST500 coastal gear for lighter weather.”

Zhik sponsorship manager Johnny Rodgers adds, “It’s awesome for Zhik to be signing up with two of the World’s best female sailing athletes. We are looking forward to working with Dee and Shirley and following their progress in the six episode film series following their build up to and the race around Britain and Ireland.”