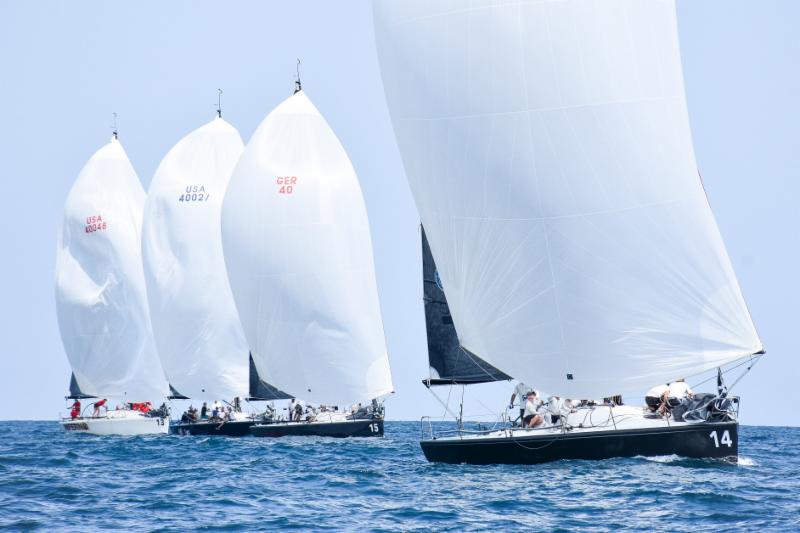 The AP was hoisted ashore while the race management team set off in search of breeze and the goal of getting four races away diminished by the minute. Eventually, after clocking 1 knot offshore, AP over A was hoisted, signalling no racing today.

Teams will need to consolidate over just four final races today to be crowned NSW champion.

The Farr 40 fleet enjoyed an early afternoon regatta party on the beach at Middle Harbour.

Racing is due to commence at 11am, when a good north-easterly should allow for four races.

Results will be posted at: www.farr40.asn.au/results