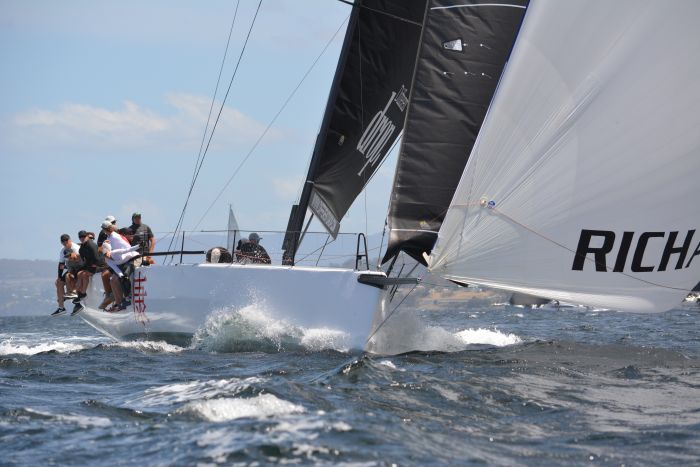 The NSW yacht Zen has been crowned overall winner of this years Harcourt Hobart King of the Derwent. The TP52, owned and skippered by Gordon Ketelbey, sailed a perfect tactical race to finish third over the line and win IRC on handicap.

Zen has recently been acquired by Ketelbey after racing on the TP52 Super Series for many years and has undergone modifications to make sure it is up to the challenge of offshore racing.

Today’s conditions, of a 15-20 knot sea breeze on the River Derwent, saw Phillip Turner's yacht Alive take line honours to claim the Derwent Sailing Squadron, City of Hobart Trophy. Purchased at the start of 2014 by Turner, a Tasmanian businessman, Alive has broken several long-standing race records and filled the trophy cabinet from east coast Australia races before heading to Southeast Asia mid 2016 for the Asian Series.

This years PHS was won by NSW yacht Veteran yacht Katwinchar. Bill Barry-Cotter’s Katwinchar was the oldest boat in 75th Rolex Sydney Hobart Yacht Race fleet at 114 years of age, but also the oldest to have ever competed in the race. Built in 1904 by coopers at the Watney Brewery in London, Katwinchar won the Grand Veterans class. Katwinchar will also be competing in the Australian Yachting Championships.