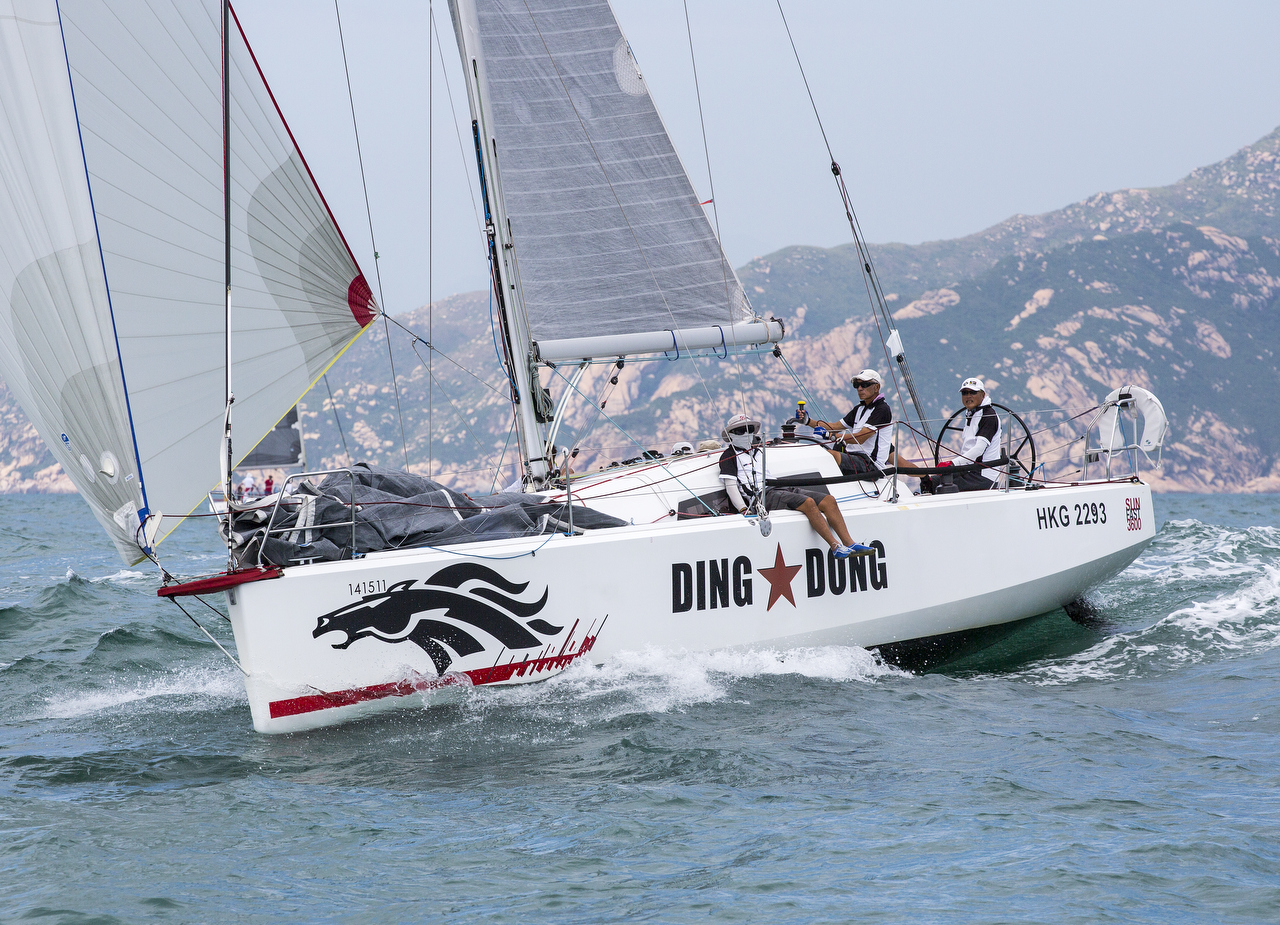 After kicking off the 2017 Volvo China Coast Regatta with a welcome party at the Royal Hong Kong Yacht Club’s main clubhouse on Kellett Island last night, racers this morning descended on the Club’s Middle Island Clubhouse this morning before making their way to the race course located south east of Lamma Island.

Racing started in a northerly breeze of 8 to10kts that dropped throughout the day. Two windward/leewards and an island course were held for IRC Racer 0, 1, 2, 3 with the IRC Premier only joining the windward/leewards.

After three races and two bullets in their first races of the day, 2016 Volvo China Coast Regatta IRC Racer 0 winner Ker 46 Zannekin was ahead of the fleet. She was followed by and Shawn Kang’s Lighthorse Ker 46+ Alpha Plus and Philippines entry Ernesto Echauz’s TP52 Standard Insurance Centennial.

There were a few individual recalls throughout the day, but the upset of the day was the second IRC Racer 0 start line with some individual recalls. Sam Chan’s TP52 FreeFire was the first to turn however Frank Pong’s RP76 Jelik and Wang Bin’s Cookson 50 UBOX did not turn back until the radio call; giving them a considerable disadvantage as they chased the fleet up the course.

In the IRC Racer 2 fleet Steve Manning’s and Paul O’Malley’s newly acquired A40 Red Rum took three bullets making it cracking first day of racing on board their new boat.

Manning said “First time on the water, first time with the sails up and first races. The three bullets are great; perhaps its beginners’ luck but we're all very happy. There will probably be a bit more breeze on the water tomorrow, so that will take bit more crew work and more coordination which we are obviously working on for the first time.”

Nick Southward’s J-109 Whisky Jack also came away with 3 bullets giving them a first in the IRC Racer 3 fleet, followed by Simon Powell’s A40RC Sell Side Dream in second and Gordon Liu’s Sydney 38 Kingsman in third.

In the IRC Premier fleet, race management very kindly AP’d the start and set IRC Racer 2 and 3 off first allowing Peter Churchouse’s Warwick Custom Moonblue 2 which were experiencing mainsail issues make it to the start.

In the end Moonblue 2 was able to win both their races ahead of Alex Yu’s Bavaria 55 Clove Hitch in second. Churchouse commented: “We had a great day out on the water, awesome sailing, a perfect Friday 13th. A very special thanks to the race management team.”

With Tropical Storm Khanun approaching Hong Kong and some predictions for a typhoon 3 being hoisted on Sunday it will be interesting to see how racing plays out for Day 2 of the Volvo China Coast Regatta.