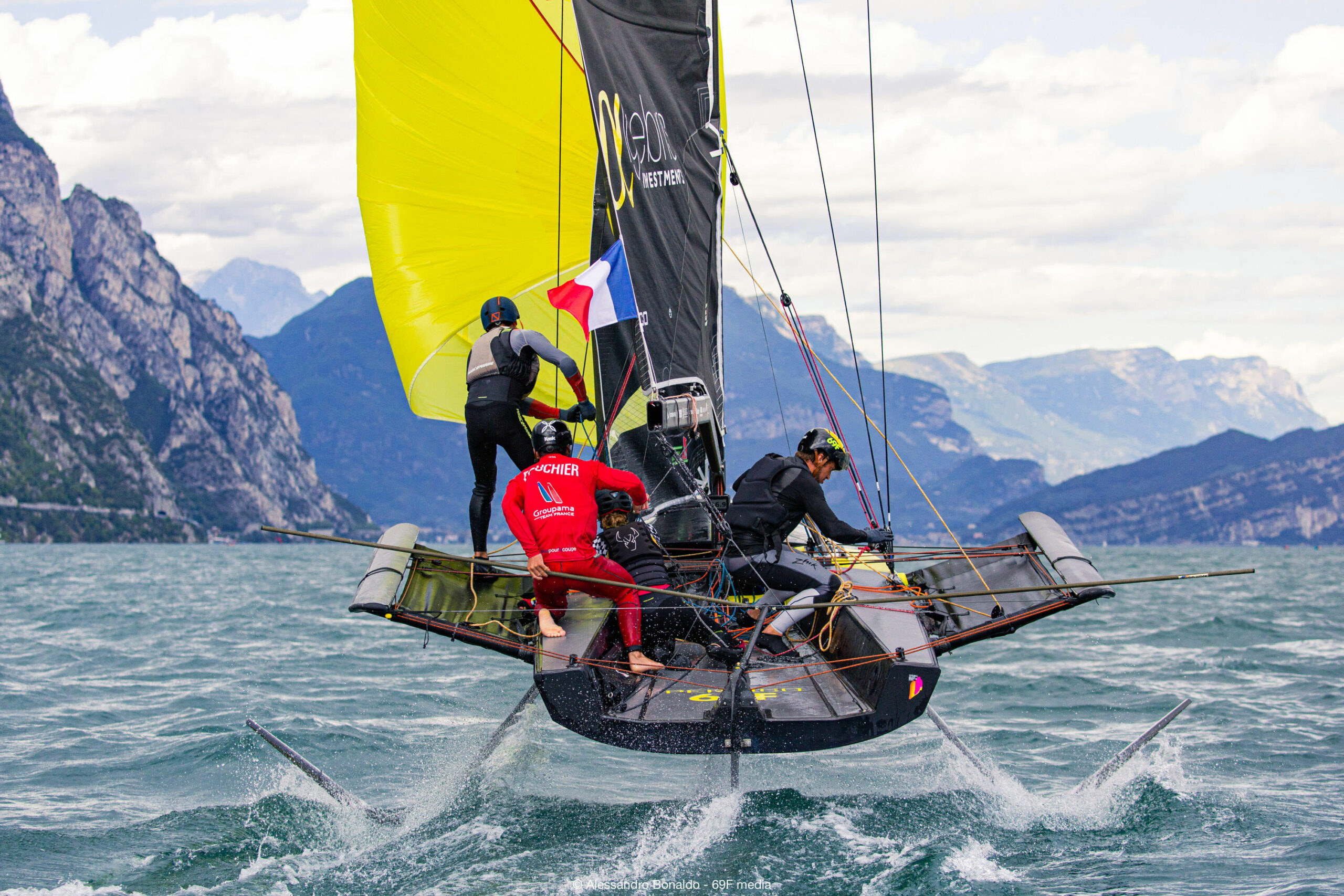 Three teams are heading home as the rest of the fleet gear up for two intense days of racing as part of the Youth Foiling Gold Cup finals.

It was quite the day on Lake Garda, with 180-degree wind shifts and puffy, unstable wind that kept the teams fighting for position until the finish line.

In race one, the wind transitioned from the northerly Pelèr wind to the southerly Ora wind and turned the last upwind leg into a second run. The transition spread the fleet out, and all hope looked to be lost for Magenta until they caught the new wind first and were able to navigate their way through the fleet to finish third.

Proving that no one was safe from a bad race, Young Azzurra, one of the favourites, won the start of first race of the final round, only to fall to second to last. Amor was last in that race but fought back from a poor position to take second in the last race of the day, proving that you should never ever give up.

Margherita Porro from Amor said, “We survived elimination! It has been hard times for us because the level [in the fleet] is very high. But we made it, thank God.

Amor team made it to the finals but the young Swiss Katana Sailing Team, the local Malcesine Falconeri FVM Team and Magenta were eliminated in the knockouts.

Magenta’s Clelia Sessa said, “We have been able to survive the first two Knockout Rounds but, unexpectedly, we found ourselves out of the competition after the very last race. I think we learned a lot from each other, particularly communications and teamwork. When you think like a team you can sort anything out and focus on sailing, which is all that matters”