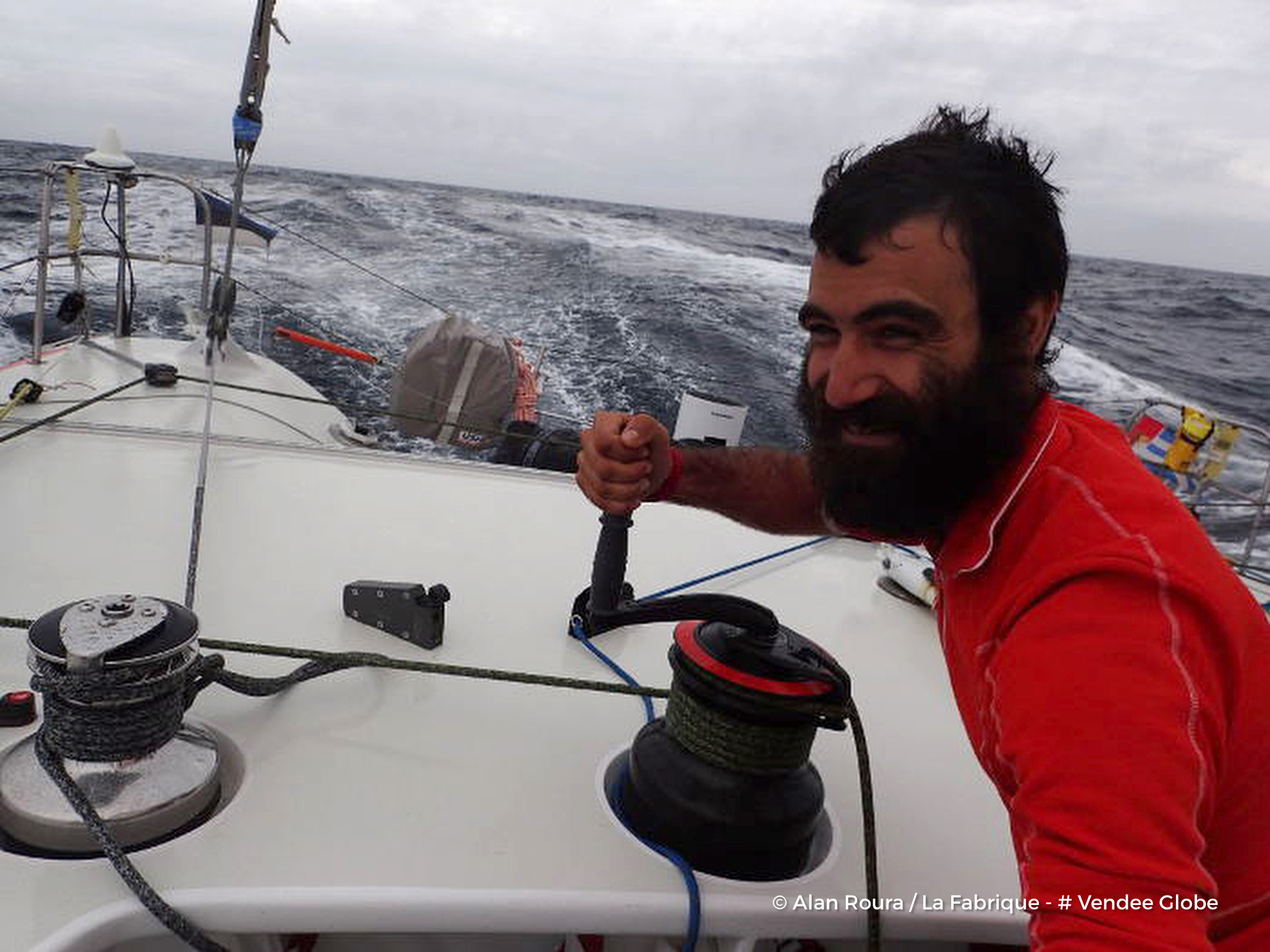 Swiss skipper Alan Roura, the youngest of the 29 solo sailors who crossed the start line of the Vendée Globe on November 6th is expected to cross the finish line off Les Sables d'Olonne Monday morning between 0800hrs and midday UTC in 12th position.

Seven solo racers were still at sea this Sunday afternoon. Eleven skippers have already finished and eleven were forced to abandon their race.

Roura, 23, had less than 100 miles to go to the line late on Sunday afternoon and was struggling in light winds still today, making just three or four knots. His mood has been up and down over the last 48 hours or so, but the young skipper confirms already that he is fiercely proud of his race and the position he should gain.

In his last message he notes: “Twelfth. It's funny because basically I found a racer inside of me. I am more than proud of this position. With this boat which is now 17 years old I don't think we could realistically have expected to do much better. To finish as first of the 'older generation' boats that just seems a bit nuts to me, a bit unreal. But really it feels like a great victory.

“Sailing with Eric (Bellion), Cali (Arnaud Boissières), Fabrice (Amedeo) and Rich (Wilson) is such a great honour. I have absolutely no regrets, I have raced like I have always sailed. I did not want to change my way of doing things. This is not the time nor the race to try and make myself into another sailor. I think I do not realize yet what is really happening. Tomorrow I will be on land. I will look at my boat, the Superbigou in the marina and say: We made it my friend! We did it ! “

Roura's Superbigou was built in a garden in Lesconcil, Brittany by Swiss sailor Bernard Stamm to a Pierre Rolland design in 1997. Stamm started his first Vendée Globe in 2000 with the boat but had to retire only days into the race with rudder and steering problems.

Stamm set off shortly after to break the crewed Atlantic record by way of recompense, which he did, setting the best solo time in 2002 in 10d 11h 55m. With this boat Stamm won the Around Alone solo round the world race and the Velux 5 Ocean around the world in 2003 and 2007 respectively. As We Are Water in the hands of Cali Sanmarti and Jaume Mumbru it went round the globe again in 2011 in the Barcelona World Race but stopped in New Zealand.

But when Roura crosses the line of the Vendée Globe it will be the first time Superbigou completes the race it was originally designed and built for, and correspondingly, 17 years after it was launched, the first complete non-stop circumnavigation.

Conrad Colman still in 13th place is having to fight extremely hard to make the finish line of the Vendée Globe. After being dismasted nine days ago the Kiwi skipper has seen spells of good progress under his beautifully constructed jury rig. It has proven moderately efficient upwind in good breeze, but Colman is back in light airs – on the southern edge of a high pressure ridge. He is extremely low on food, reported to have just a couple of packets of freeze dried food, some seeds which he has been germinating himself during the race, and his emergency rations. He is running on very little energy.

That means rarely switching on his computer and comms equipment. He is doing very minimal routing and weather analysis. He is generating some power from his existing solar panels and has some others. He spent Saturday trying to fix his hydrogenerator, unsuccessfully, and meantime his boat is too slow for his electric motor to generate meaningful amounts of power.

Colman's morale waxes and wanes and he is appreciative of all the thousands of messages of support from around the world, but progress is complicated and hard won at the moment.

Destremau back in the North

Pieter Heerema (No Way Back) predicts a finish Monday, February 27th. The Dutchman would complete his personal dream racing round the world solo and non-stop aboard a IMOCA of the latest generation equipped with foils. If he succeeds, five foilers out of seven at the start will complete this Vendée Globe (only Morgan Lagravière and Sébastien Josse have had to give up).

Sébastien Destremau (TechnoFirst-faceOcean) crossed the equator this morning after 104 days and 20 hours of racing. He is still caught up in the Doldrums and 3200 miles from Les Sables d'Olonne.