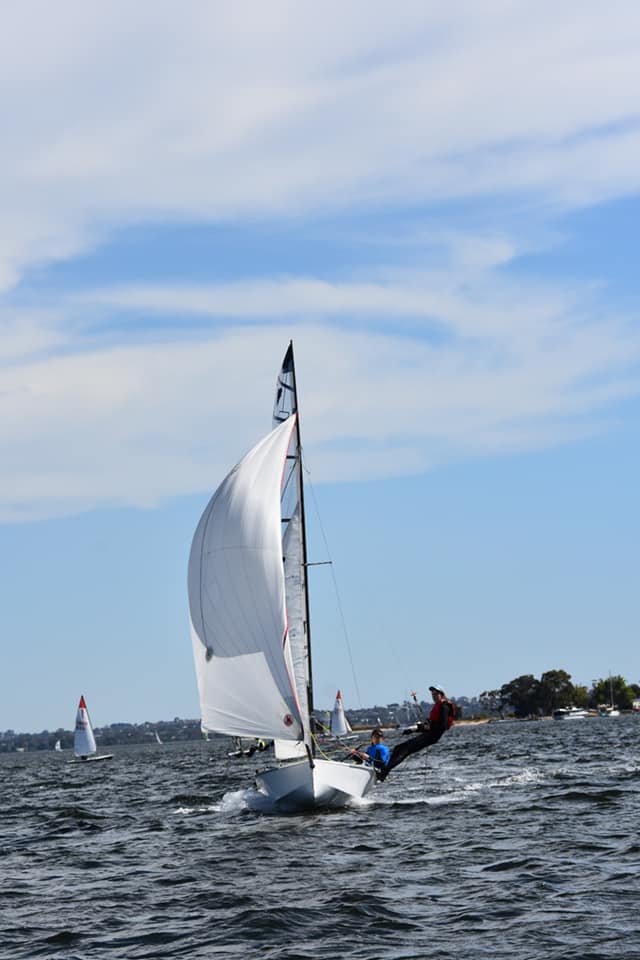 Light to moderate conditions at the states. Pic - PDSC 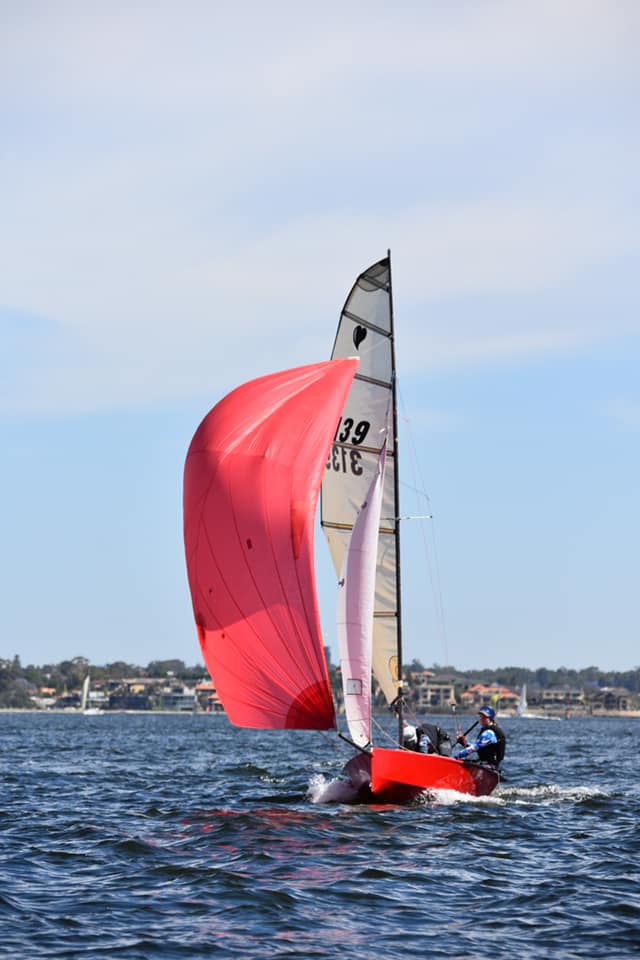 Beautiful sailing conditions for round one. Pic - PDSC 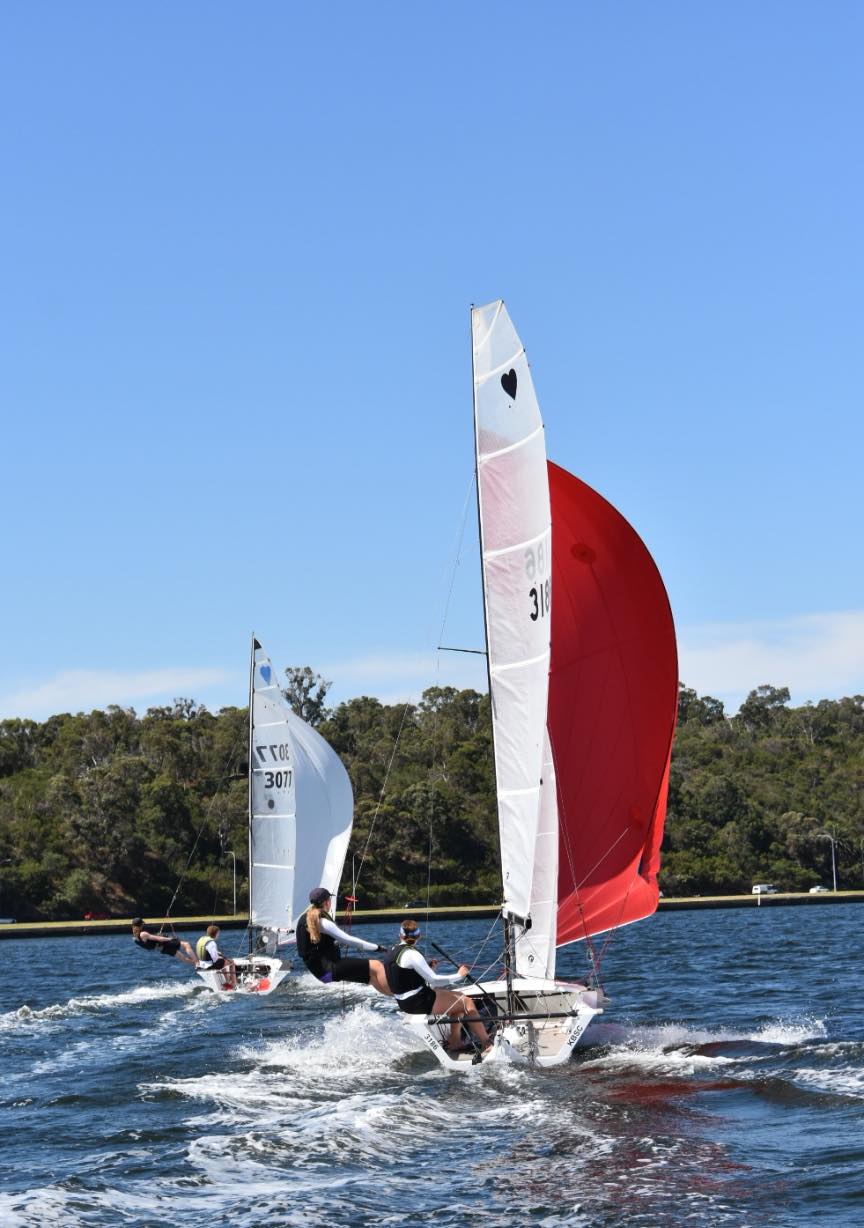 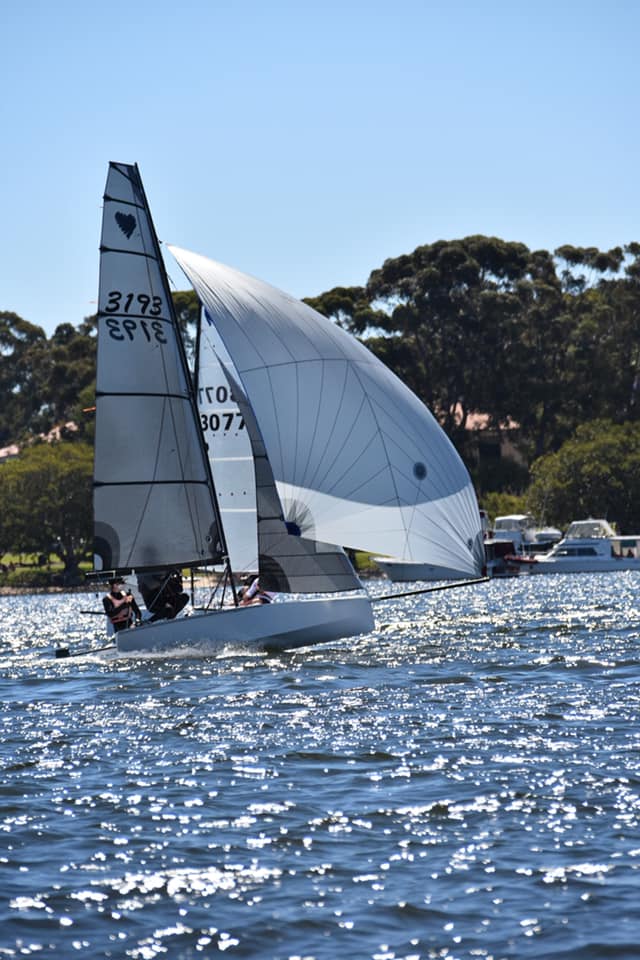 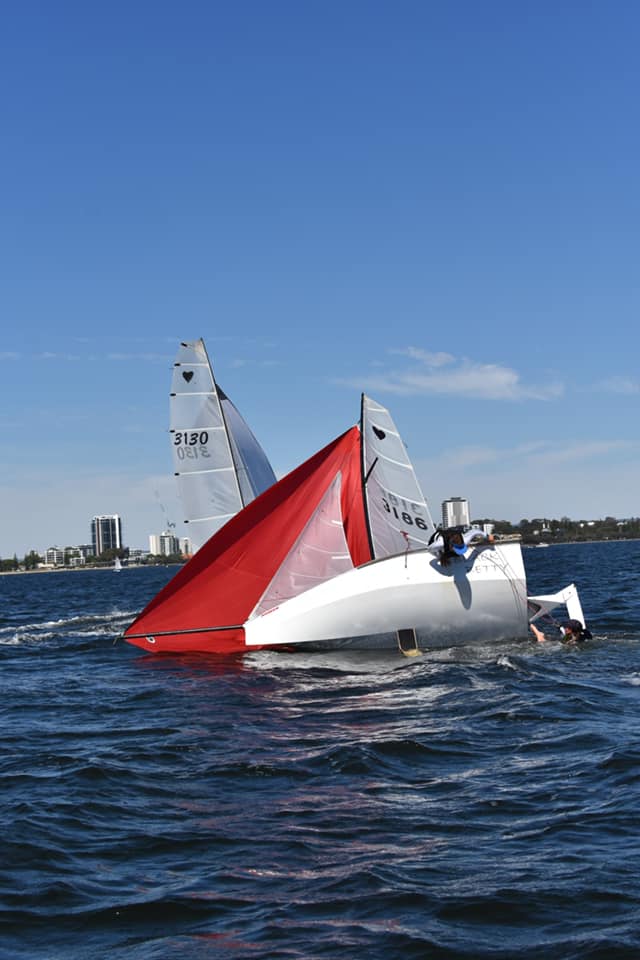 Trying not to get wet. Pic - PDSC 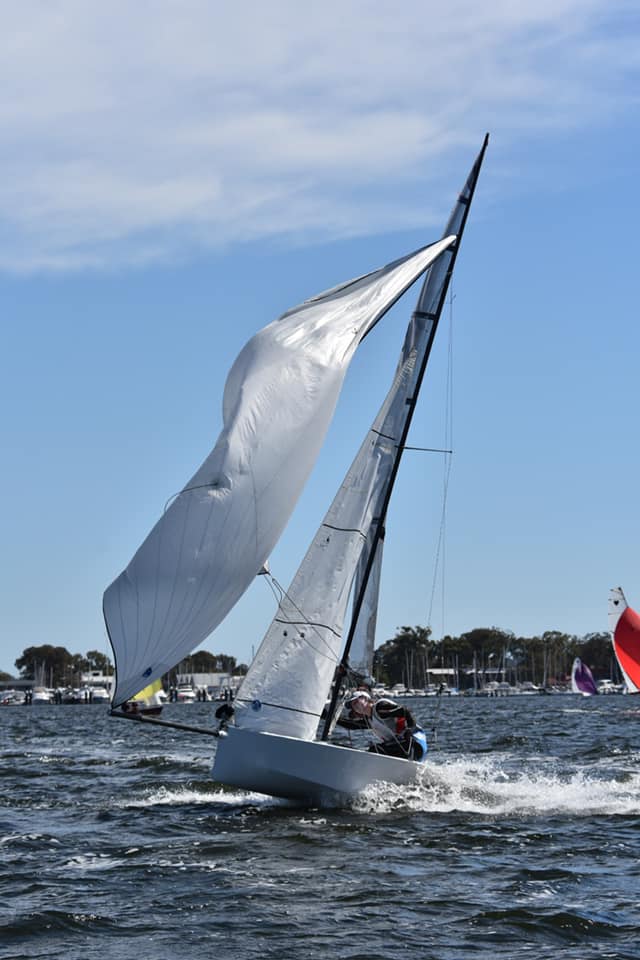 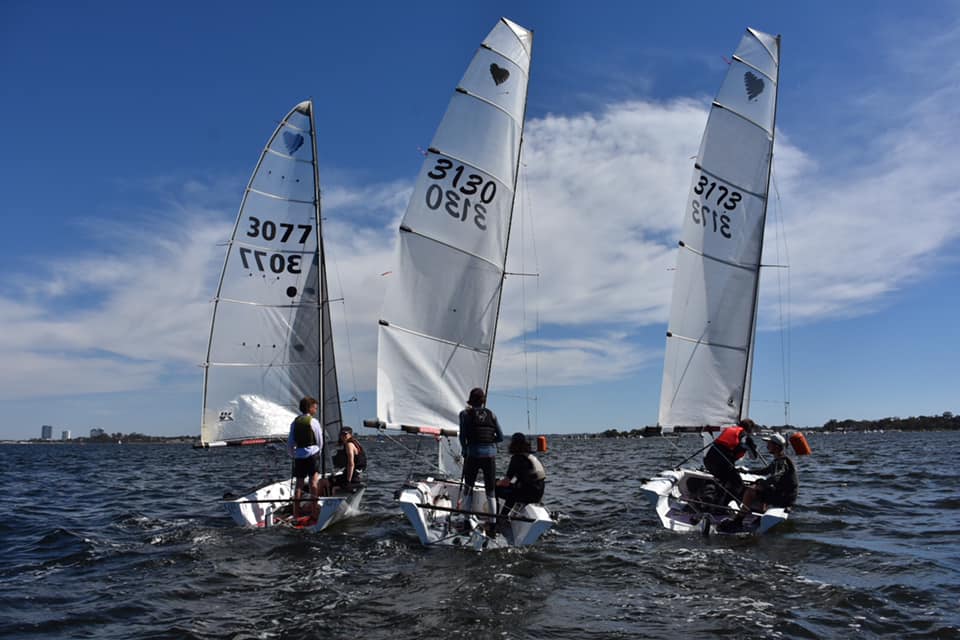 The fleet of 11 Cherubs had Matilda Bay to themselves for the first round of the WA Cherub Championship on November 27-28, 2021.

Hosted by Perth Dinghy Sailing Club, two other Clubs were represented at the event, both being regional clubs – Geographe Bay Yacht Club and Walpole Yacht club.

There was a light to moderate south westerly breeze across both Saturday and Sunday with a gybe set at the top mark being the most favourable option.

Across the four heats there were four different winners. The two newly built boats had the first taste of winning with Matt Damon and Anteros winning heat one and two respectively on the Saturday. Sunday’s winners were dominated by the younger sailors of the fleet. Three out of the four races were won by sailors under the age of 18, with Fine Mess and Juicy winning heat three and four respectively.

However, none of the heat winners were as consistent as Geographe Bay Yacht Club sailors on TNT who posted four second places and are currently leading the WA Championship by four points.

For the full results, see: http://www.sailingresults.com.au/ScoreItV2/Public/Templates/Default/index.php?event_id=1101

The second round of the Cherub WA State Championships will be hosted by Geographe Bay Yacht Club on March 5-6.