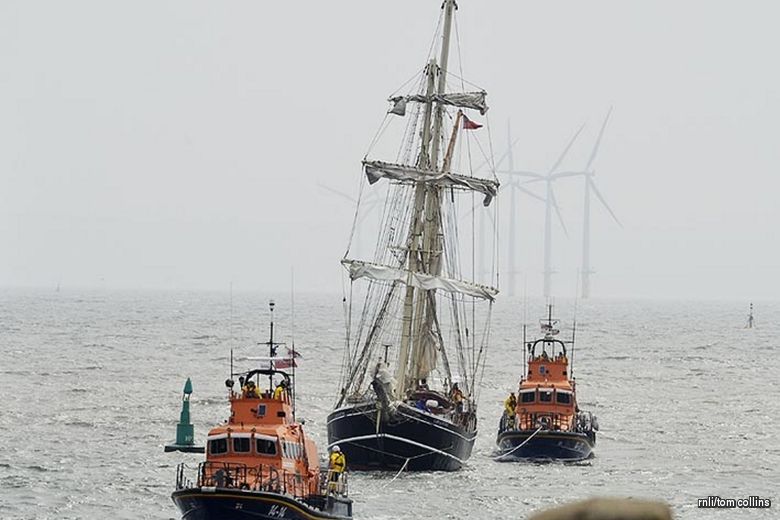 The all weather lifeboat launched at 11.05am and was alongside the casualty at 11.15am

The 35 metre vessel with 15 people on board was towed the short distance into Hartlepool and berthed at the deep water berth in Hartlepool docks.

First aid was administered by the Hartlepool lifeboat crew to two members of the sail training vessel for minor injuries where they were then transferred by the all weather lifeboat to the Ferry Road lifeboat station where awaiting paramedics further assessed their injuries before they were sent to hospital by ambulance.

Hartlepool RNLI second coxswain and station mechanic Garry Waugh said ‘Due to the size of the vessel and the mechanical issue it had suffered we were able to assist Whitby lifeboat with the tow, berthing the boat safely and dealing with the two casualties’.

‘It was good teamwork all around and an incident that the volunteer crewmembers train for on a frequent basis.’