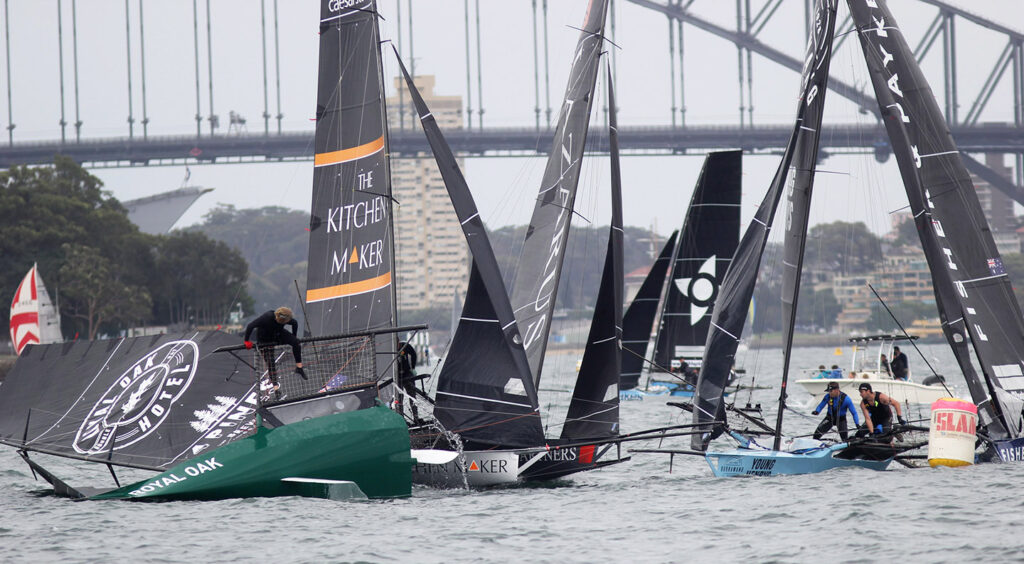 The incident which split the fleet at the Clark Island mark. Pic - 18ft skiffs 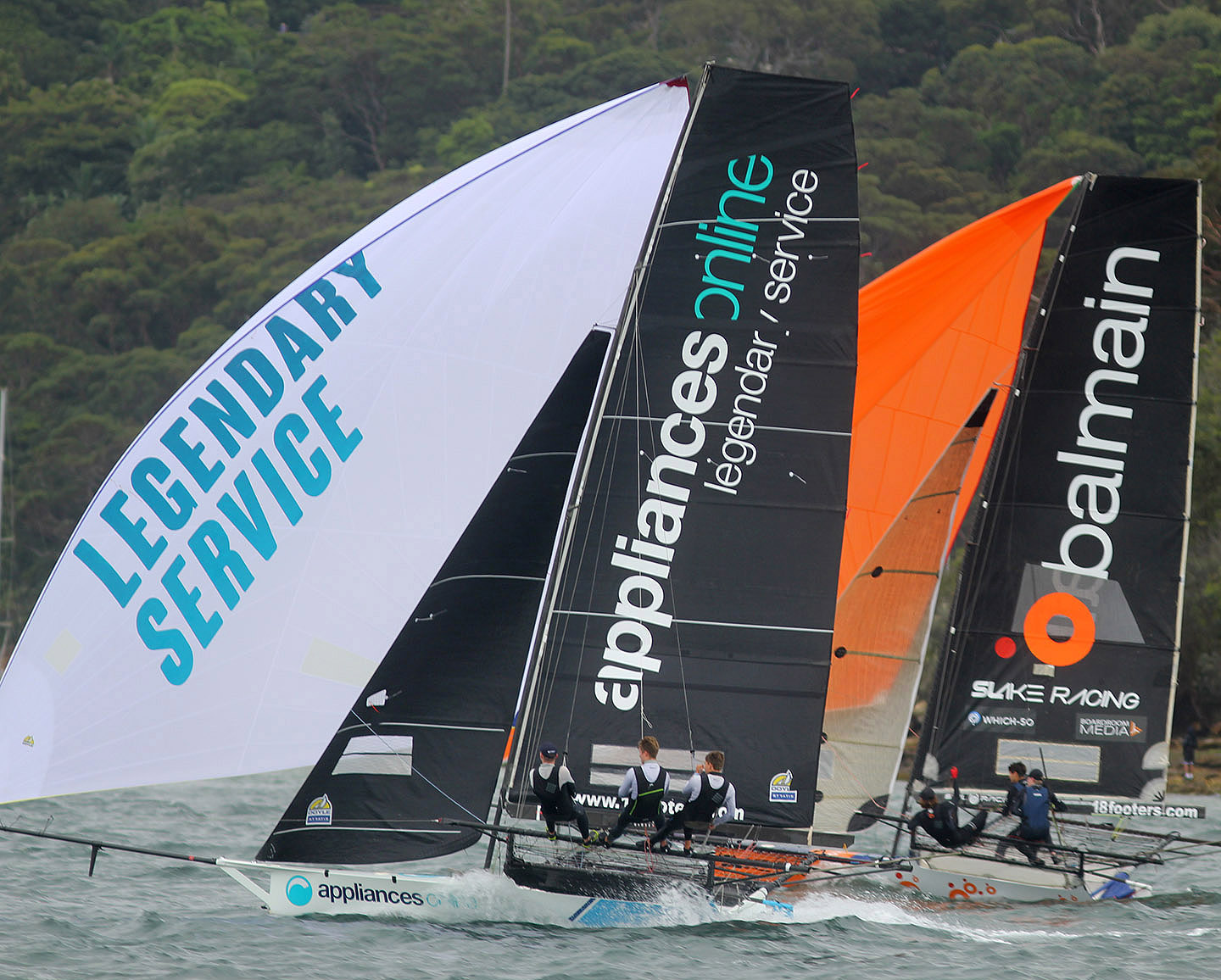 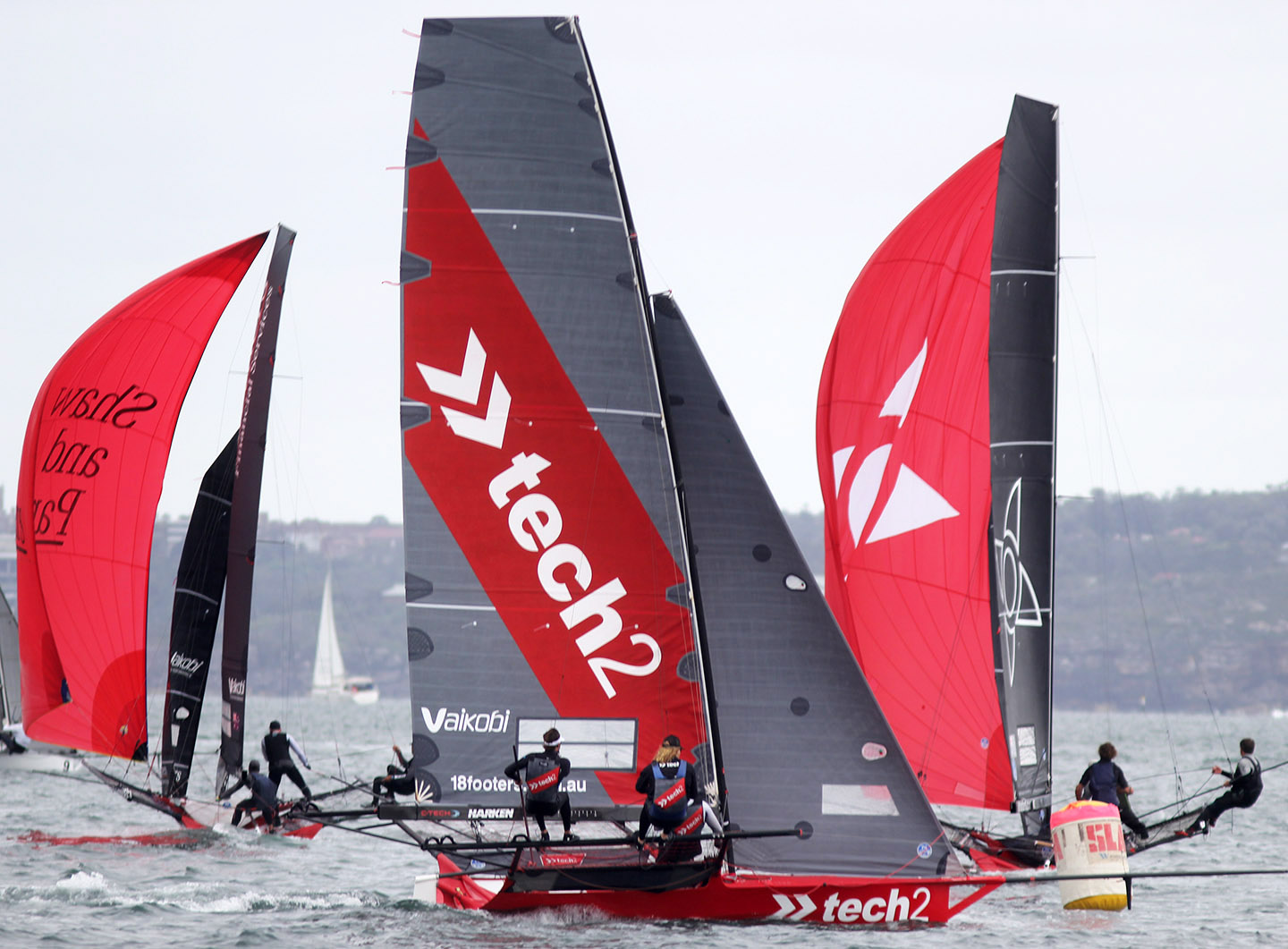 Shaw and Partners takes off under spinnaker as Noakesailing prepares to chase her to Chowder Bay. Pic - 18ft skiffs 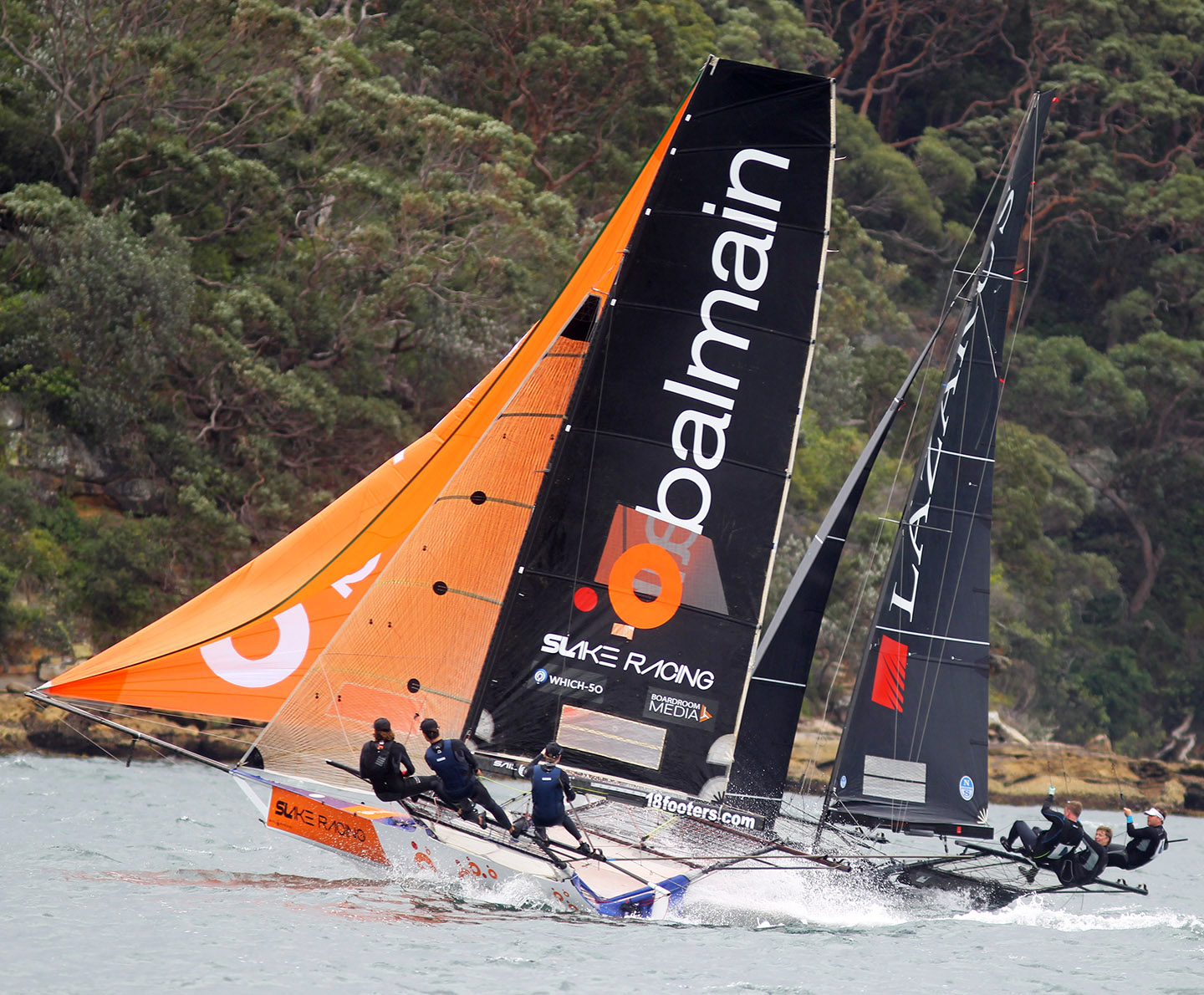 Racing was close on the leg to Robertson Point. Pic - 18ft skiffs 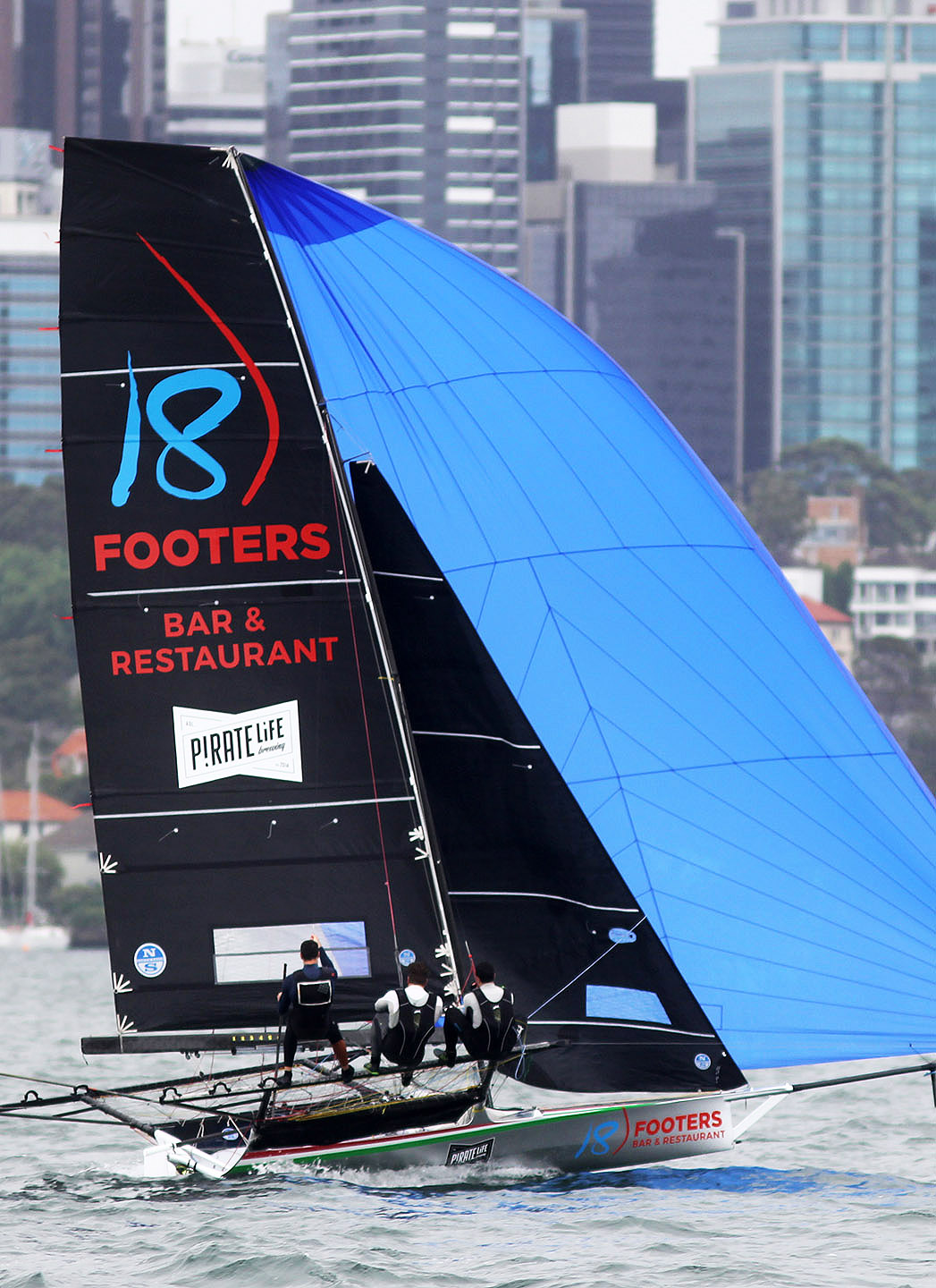 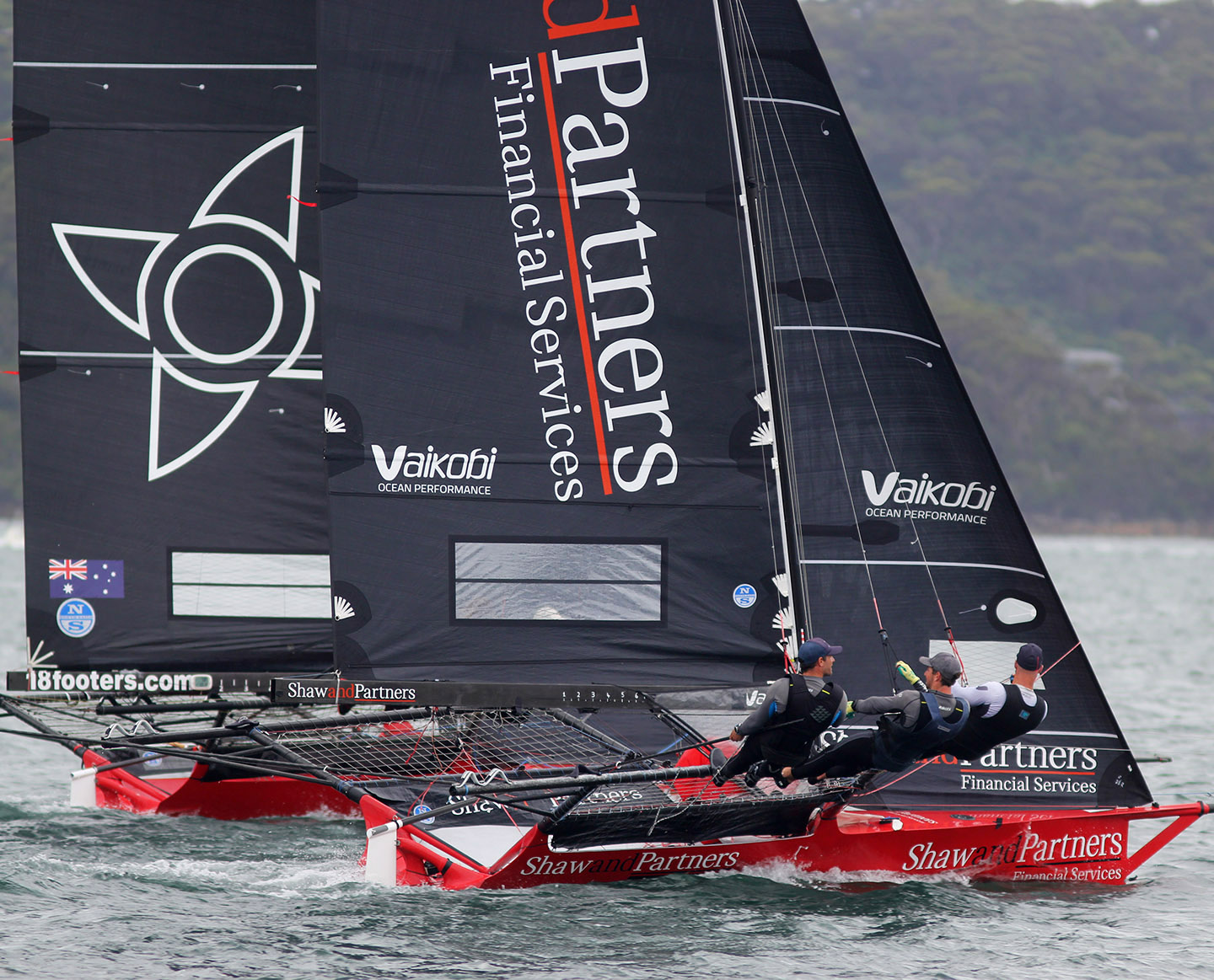 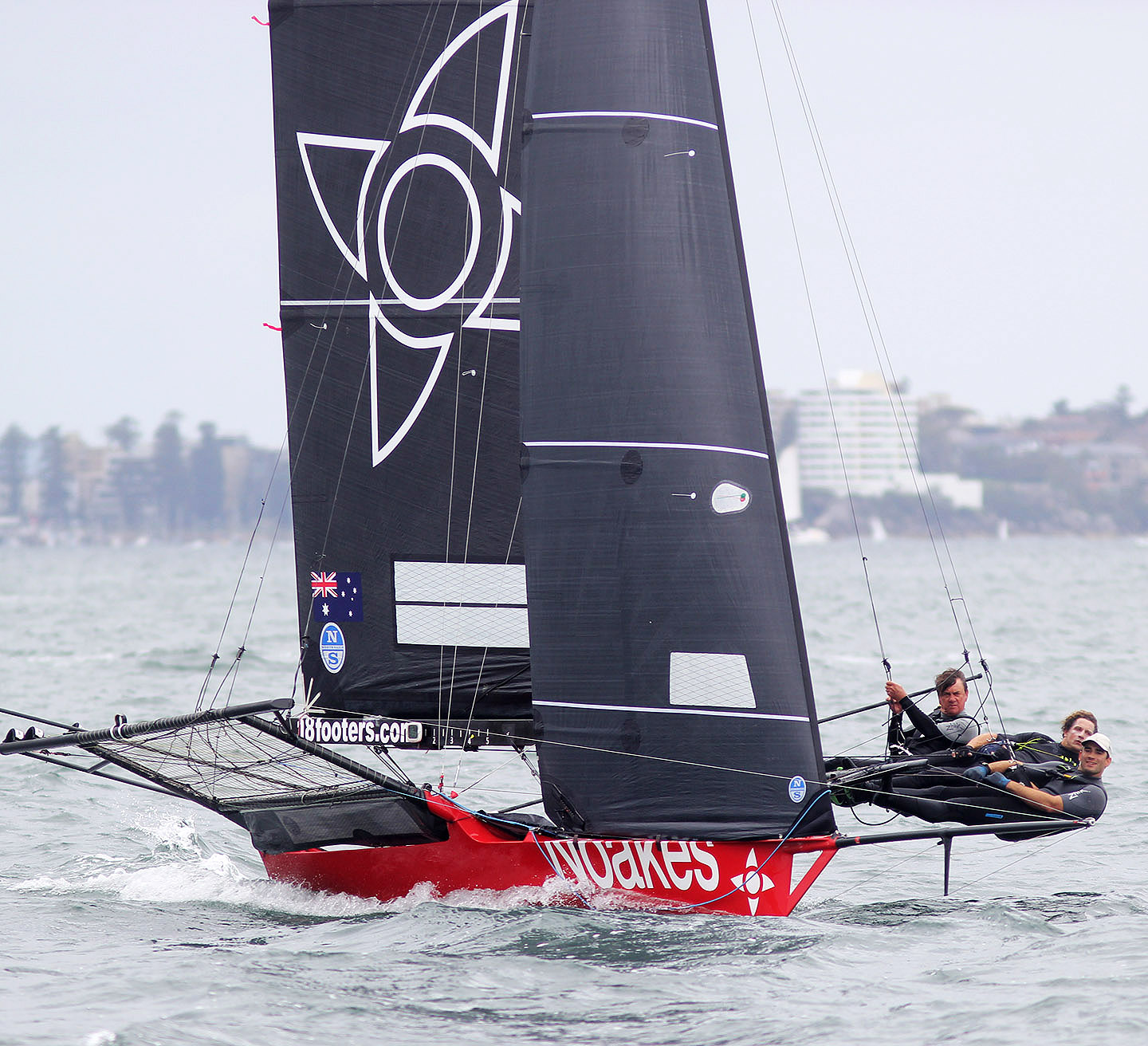 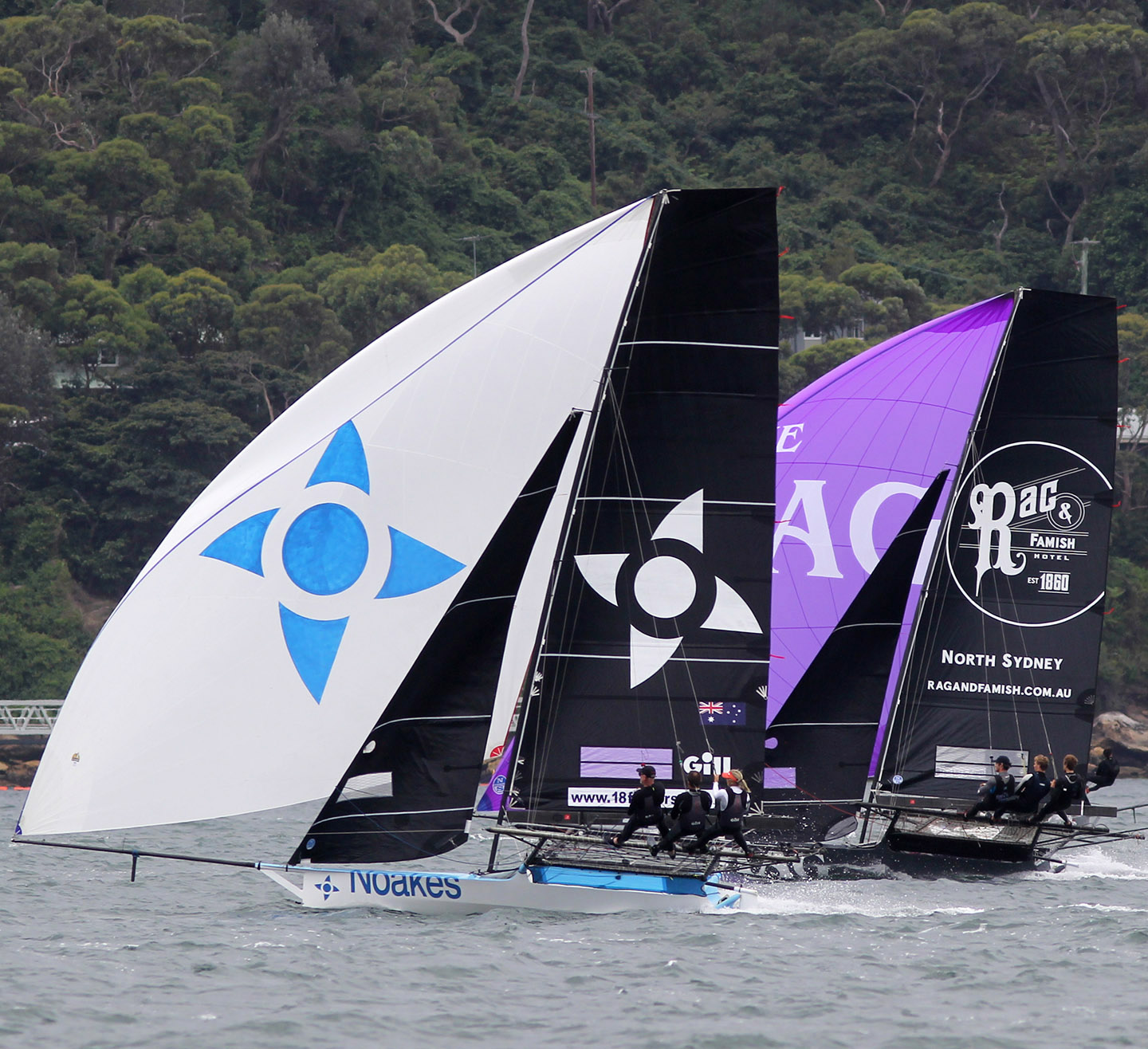 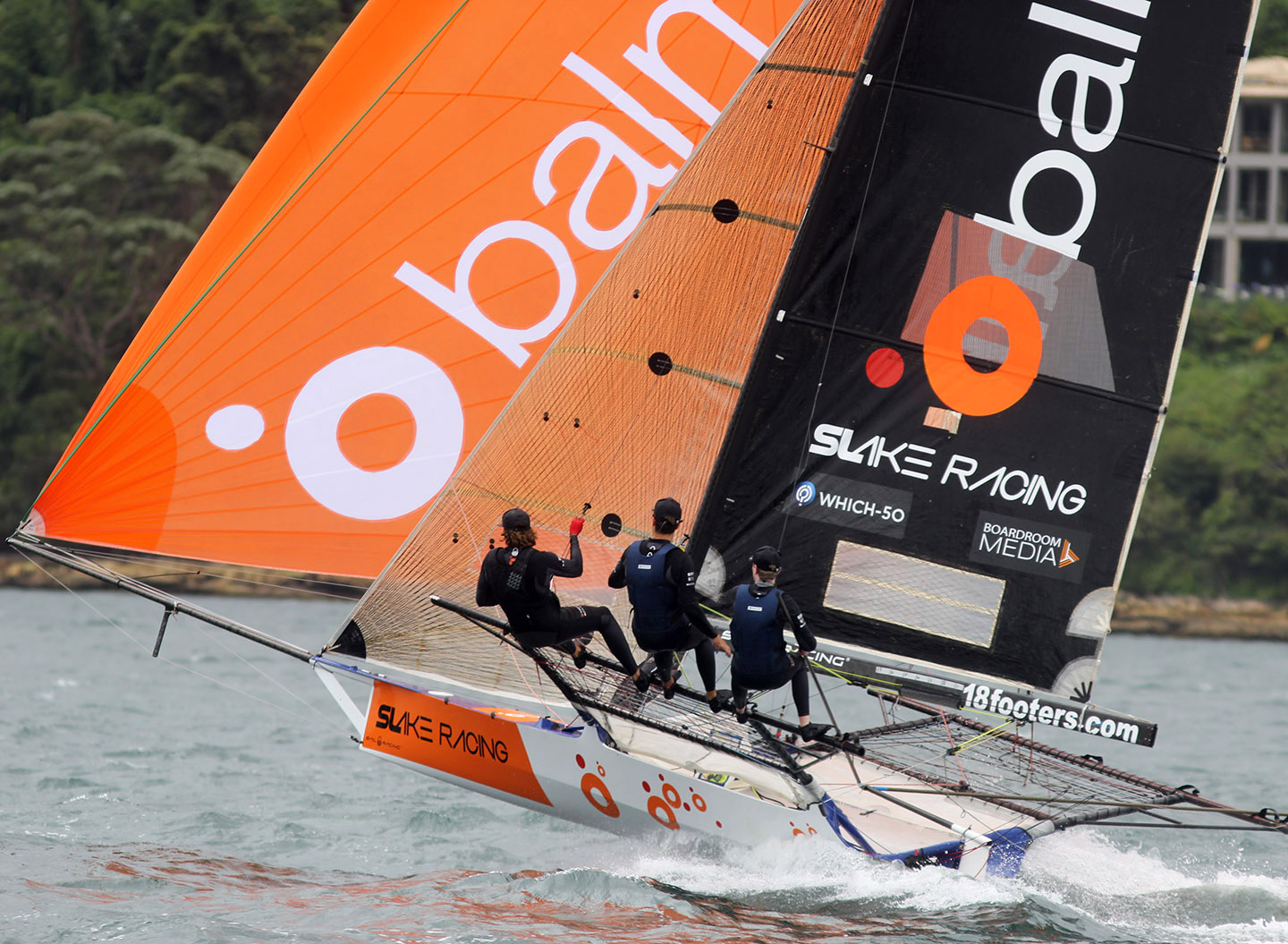 A dominating victory for the Yandoo team. Pic - 18ft skiffs

The Yandoo team of John Winning, Mike Kennedy and Fang Warren lead the NSW 18ft skiff Championship following a dominating performance to take out Race 3 on Sydney Harbour on Sunday.

Yandoo grabbed the lead early in the race to hold a 20 second advantage at the first windward mark in Rose Bay and steadily increased her lead throughout the south easterly course.

The Shaw and Partners Financial Services (Steve Thomas, Lindsay Stead and Shaun Connor) produced the best performance in its rookie season to finish in third place, 31 seconds behind Tech2.

Yandoo’s crew elected to sail to the western side of Shark Island soon after the start, a tactic which enabled the skiff to grab the lead as the fleet approached the windward mark off the southern end of the island in Rose Bay.

Tech2 was in second place, behind Yandoo, as spinnakers were set for the leg across the harbour to the bottom mark off Robertson Point, followed by Noakesailing, Lazarus Capital Partners, Shaw and Partners, Fisher & Paykel and The Kitchen Maker-Caesarstone (Lachlan Steel).

The leading four positions remained unchanged at Robertson Point, although Yandoo had increased her lead, but the big break came on the next leg of the course, which was a windward work to the mark east of Clark Island.

By that point, Yandoo’s crew had extended the lead to one minute 45 seconds, however the other big improver was Shaw and Partners, which had moved into second place ahead of Noakesailing and Tech2.

A split developed in the fleet at the Clark Island mark when several boats were involved in an incident which saw them ‘tangled’ for more than one minute.

While the Yandoo team was extending its lead on every leg of the course, the race for the next three placings was intense as positions changed regularly between Tech2, Noakesailing and Shaw and Partners with less than 30 seconds separating the three boats.

At the finish line, Tech2 won the battle from Shaw and Partners and Noakesailing with only 39 seconds between them.

The annual Supercup race, featuring many past 18ft skiff champions, will be conducted on Sydney Harbour this Friday (December 10).

Race 4 of the NSW Championship will be conducted next Sunday (December 12).

Spectators can follow both races on board the club’s spectator ferry, however due to the COVID-19 policy, numbers are limited.  Booking online through the club’s website www.18footers.com is essential.  http://www.18footers.com.au/18-footers-sailing/spectator-ferry/