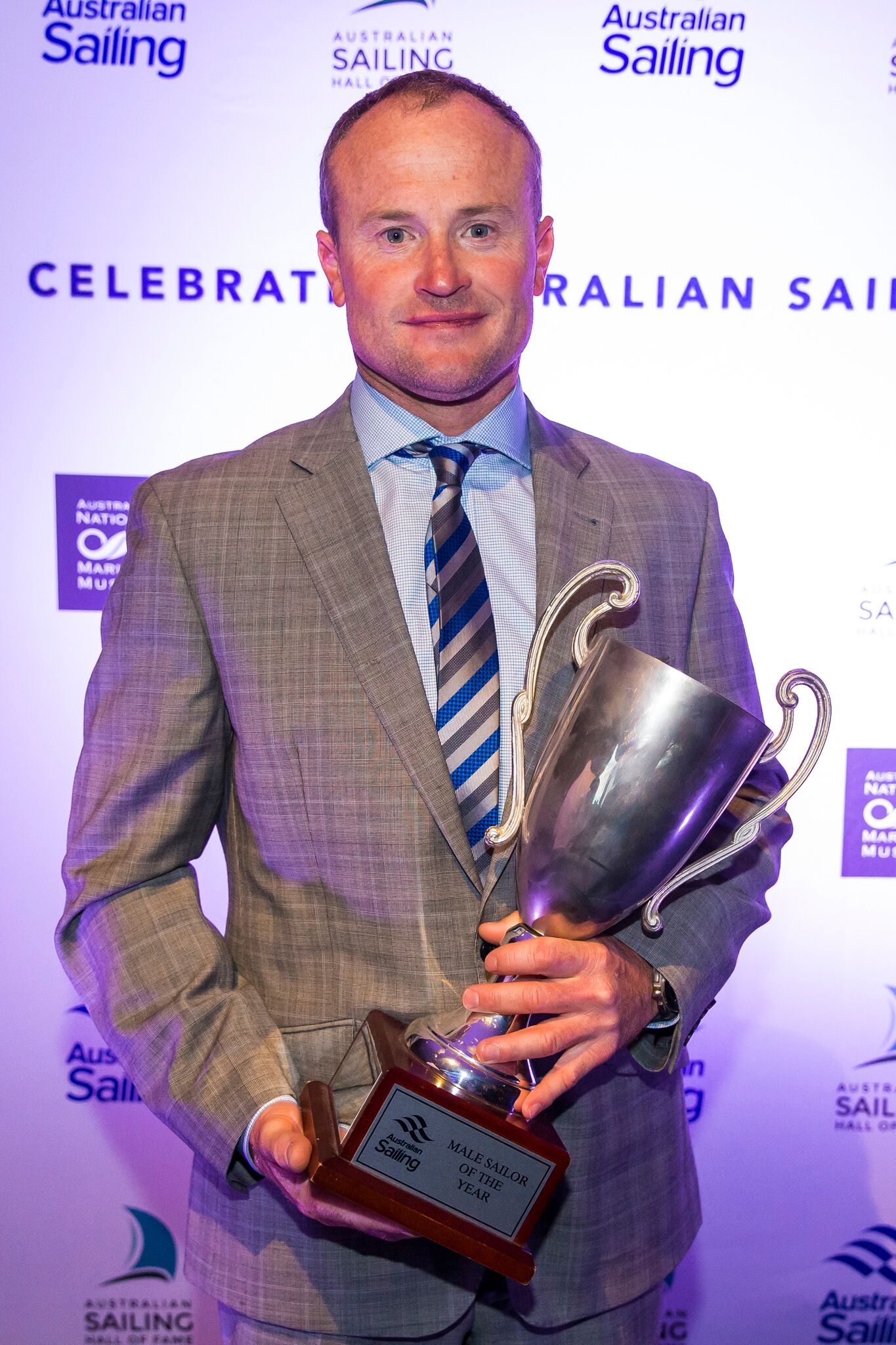 America’s Cup-winning skipper Glenn Ashby and rising stars Natasha Bryant and Annie Wilmot were named the nation’s top sailors for 2017 at the Australian Sailing Awards in Sydney on Friday night when Kay Cottee and the winning Australia II crew were among the first inductees into the Hall of Fame.

Ashby was rewarded for his expertise in guiding Emirates Team New Zealand to a comprehensive 7-1 series win over Oracle Team USA in the 35th America’s Cup, in Bermuda in June. It was the latest and perhaps greatest of Ashby’s illustrious achievements, which include a silver medal at the 2008 Olympic Games and 15 World Championships across three multi-hull classes.

“It’s been a fantastic evening here in Sydney and I’m very humbled and honoured to receive the Australian Sailing Male Sailor of the Year,” Ashby said.

“There was a fantastic array of nominees. It’s been a big year in Australian sailing and it’s been very nice to catch up with a lot of friends and our sailing community.”

Ashby was last month named as one of four finalists in the prestigious Rolex World Sailor of the Year, which will be announced at the World Sailing Awards Ceremony in Puerto Vallarta, Mexico, on Tuesday.

Bryant and Wilmot have it all ahead of them, but were recognised for their outstanding performance in winning the Youth World Sailing Championship in the 29er class in New Zealand last December.

In a remarkable display of dedication to representing Australia at a higher level, the duo later declared they would not defend their world title in China this year and moved into the Olympic class 49er in order to focus on securing a coveted place on the Australian Sailing Team for the Tokyo 2020 Games.

“We’re really honoured to be receiving this award and we’d really like to thank [2016 Olympic silver medallist] Lisa Darmanin for all that she’s done for us and all her mentoring,” Bryant said.

Wilmot thanked the many people she said had supported the pair, including their families and coach, Traks Gordon.

“Tonight has been amazing, being in this room with all these legends, it’s just so inspiring for the young generation out there,” she added.

“For the last few years it’s been a pretty long journey for me to try to get to the top of the youths. I’m really happy to have kind of made it through that, with the help of a lot of really great coaches and mentors, my parents and friends.
“I’ve now fully launched into the Laser standard campaign, I’ve been racing overseas across this year and it’s been really good, learning a lot and making lots of improvements.”

Sailor of the Year with a Disability
Rio Paralympic silver medallist Matt Bugg was named Sailor of the Year with a Disability after snaring a silver medal in the 2.4mR class at the Para World Sailing Championships in Germany in June. Bugg had earlier won the 2.4mR Australian Championship and was named Tasmanian Athlete of the Year by the Tasmanian Institute of Sport. Bugg was part of the triumphant Australian Paralympic team which last year was named a group winner of this award.

Kellett was vice-president of World Sailing between 1998 and 2008 and was involved in the management of sailing regattas at four Olympic Games. He has competed in 41 Rolex Sydney to Hobart Yacht Races and been involved in three America’s Cup campaigns for Australia.

CYCA SOLAS Trusts Bravery Award
The CYCA SOLAS Trusts Bravery Award went to 18-year-old Simon Hoffman for his crucial role in saving the life of Irish competitor Johnny Durcan at the 29er World Championships in California in August. After hearing screams from an overturned boat, Hoffman jumped into the water, swam over and freed Durcan from a tangle of ropes. He then performed CPR on Durcan, who was unconscious, eventually reviving the 17-year-old. “He is the reason I’m alive to write this”, Durcan wrote in a message to Australian Sailing.