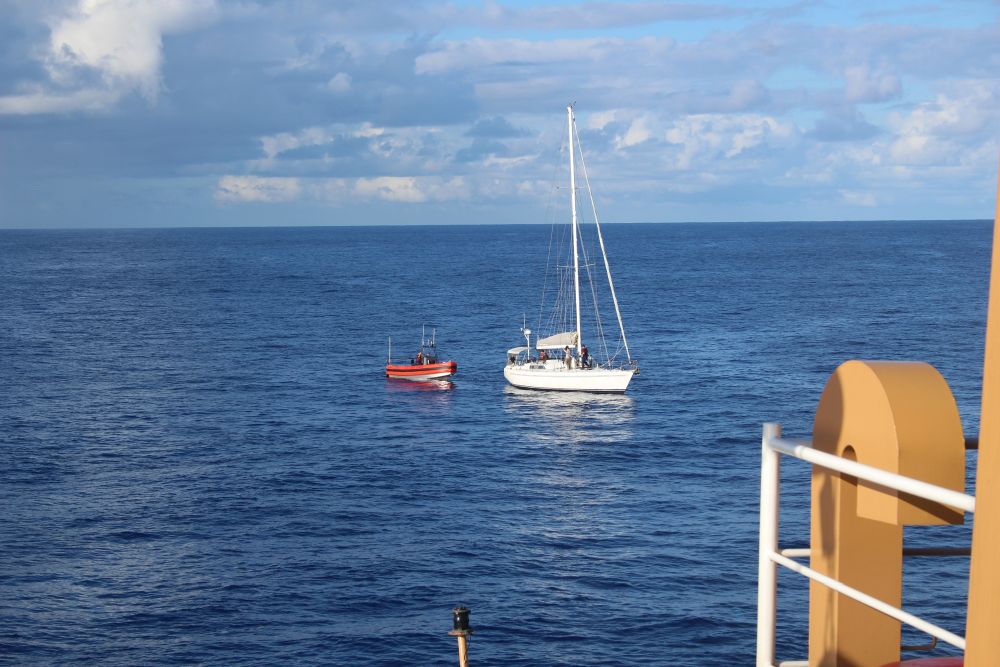 In the first search and rescue case, the cutter Willow crew received a mayday call from the 50-foot sailing vessel, Jeune Amelia, in the Old Bahama Channel, approximately 20 miles north of the Cuban coastline while transiting to service aids to navigation in Port Au Prince, Haiti, Jan. 24.

The three-man vessel crew claimed they were about to lose emergency power because their engine went out three days prior.

The cutter Willow crew located the Jeune Amelia crew approximately 100 miles southwest of the Bahamas and safely towed them to local Bahamian authorities.

In the second search and rescue case, Dominican authorities reported a person in a 6-foot pedal boat adrift approximately 30 miles north of the Dominican Republic, Jan. 30. A nearby good Samaritan aboard the motor vessel, Holland Pearl, embarked the boater, who claimed to have been at sea for four days, and transferred him to the cutter Willow crew once they arrived on scene. The boater was safely transferred ashore to Puerto Rico.

“Even the most prepared boaters can experience bad luck at sea,” said Cmdr. Margaret D. Kennedy, commanding officer of the cutter Willow. “However, that preparation can make all the difference. Thanks to the mayday call the Jeune Amelia made over their VHF-FM radio, we were able to get on scene and tow them to safety. It's a good reminder that anything can happen at sea and it's best to be prepared for all types of emergencies or equipment failures. I'm very proud of the hard work and great job by the crew of the Willow.”