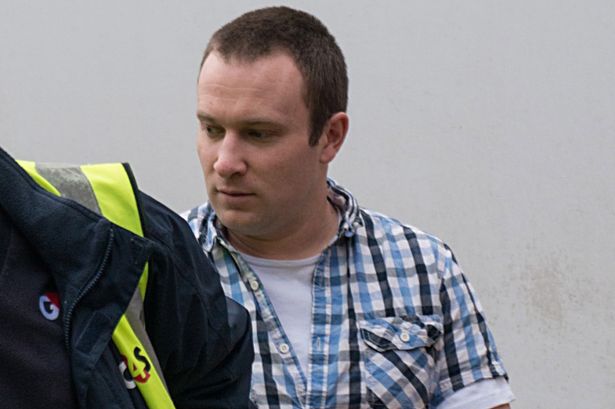 The Daily Record. By Charlotte Thomson.

A BUNGLING thief was jailed today after setting out to sea in a stolen yacht – with no sailing experience. Cathal Matthew, 29, sailed 50 miles out to sea after nicking the £6000 boat from Portknockie Harbour. But he ended up having to be rescued when he got stranded in a violent gale force 8 storm in the Moray Firth.

The weather was so bad that the coastguard teams decided not to put any crews at risk rescuing him in stormy sea conditions which were getting rougher. After drifting out to an oil field next to a rig, he managed to grab the attention of a ship captain who took him on board the vessel to safety.

Matthew previously admitted stealing the Tradewind vessel as well as a car and driving while disqualified and was sentenced at Elgin Sheriff Court yesterday.

Fiscal depute Kevin Corrins said Matthew, who was described in court papers as being a prisoner at Inverness, stole a 17,000 pound silver Audi S5 after taking it for a test drive.

On November 14 he left the Inverurie area and drove around Aberdeenshire before heading to Portknockie in Moray where he dumped the car.

Matthew, who was previously banned from driving for life in 2007, then took off with the yacht from the harbour and set out to sea.

Read more about his rescue and the reaction of the owner at http://www.dailyrecord.co.uk/news/scottish-news/bungling-thief-no-sailing-experience-7534214#TGY27qJzu1srHth0.99