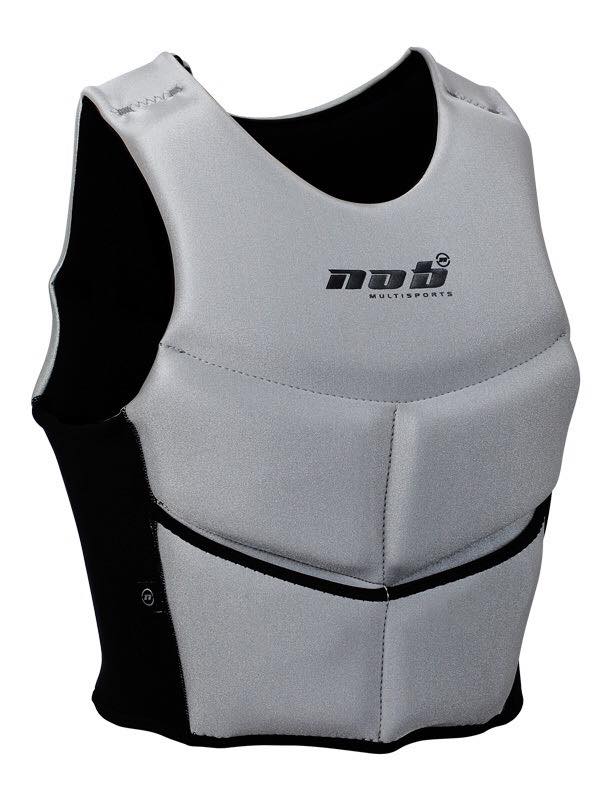 NOB PFD is not marked to comply with Australian standards.

Out thanks to Andrew Hawkins of BoatCrewGear.com for the following information from South of Perth Yacht Club:

Yachting Australia has advised that, in their view, sailors in Australia should be advised not to wear NOB PFD’s until further notice. Based on this advice, SoPYC has decided that NOB PFD's are not to be used in any club activities, including training and racing, until we receive further information from Yachting Australia. This decision is based on risk management, our consideration and the duty of care for the safety of all of our sailors. For anyone not familiar with the NOB PFD's we have attached images of them in their two most common colours for your reference.

In the interest of your safety and in respect of the Yachting Australia Rules, we would appreciate your immediate assistance with this issue.

To help anyone who needs to replace NOB PFDs, BoatCrewGear.com is offering a 10% discount on all PFDs in stock. The offer is open until Sunday March 6. Go to www.boatcrewgear.com and use the code MySailingPFD.