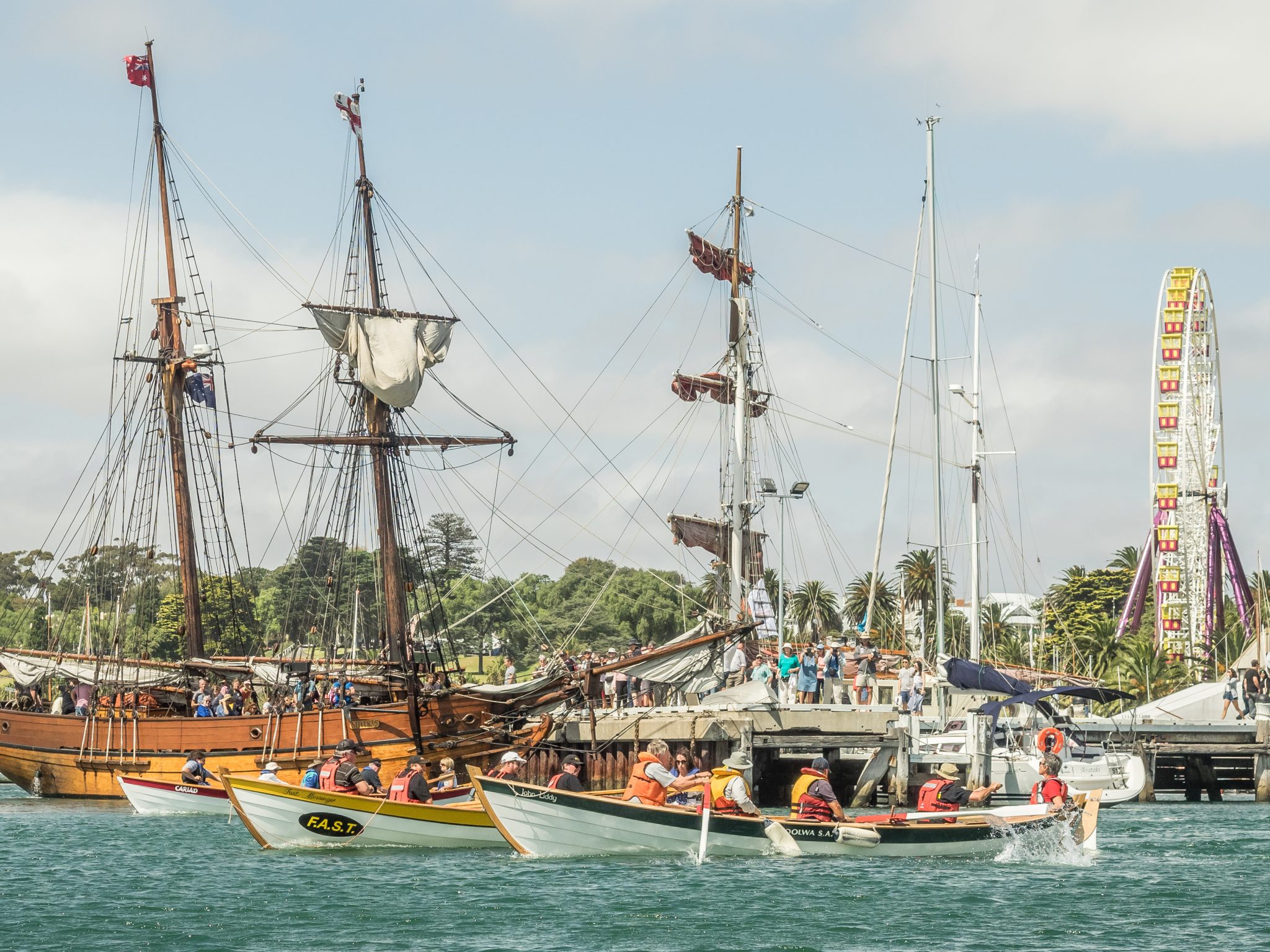 The Geelong Waterfront will once again come alive this March long weekend, as the biennial Wooden Boat Festival of Geelong takes place on the waters of Corio Bay.

Hosted by the Royal Geelong Yacht Club, this year’s festival will feature an array of wooden and classic vessels from around Victoria, New South Wales and Tasmania.

Highlighting the waterfront will be three tall ships, including the youth training vessel, STS Young Endeavour. The vessels Enterprize and Coral Trekker, from Melbourne and Sydney respectively, will play host to several lucky school groups in the lead up to the event, who will be treated to sailing trips on Corio Bay. The vessels will be located on Wangim Walk with visitors invited to enjoy short sails aboard the tall ships throughout the weekend.

Royal Geelong Yacht Club will be open to the public all weekend and hosting live entertainment, including local musicians Kenny Miller & The Handsome Gargoyles, Steve Clark, and The Sweethearts. Boating enthusiasts will have the opportunity to view the wooden boats up close with static display boats located on the club’s new floating marina arm, while kids will be treated to face painting, Fun Fit, and a visit by Captain Jack Sparrow.

“The Wooden Boat Festival celebrates the history and workmanship of wooden and classic boats.”

“The support from the Victorian State Government and City of Greater Geelong has been invaluable in allowing us to provide this event for the Greater Geelong community.”

Christine Couzens MP, Member for Parliament and 2022 Festival Ambassador remarked: “It is great to see events back on the Geelong waterfront and utilising Wangim Walk. The Wooden Boat Festival of Geelong, with its unique display of classic and historic yachts, really showcases the exceptional waterfront we have here on Corio Bay.”

Spectators will be able to view the vessels making their way along the northern coastline of the Bellarine Peninsula on Saturday, as they participate in the Portarlington to Geelong Passage Race, followed by the Parade of Sail along the Geelong waterfront at midday on Sunday. Wangim Walk will provide the perfect opportunity to view the Parade of Sail, bringing spectators within touching distance of the vessels.

Alongside the festival, Royal Geelong Yacht Club will also be hosting the 2022 International Etchells Victorian Championship.

Designed in 1966, the International Etchells is a one-design yacht, meaning all boats are identical in their design. This class produces some of the world’s tightest racing, with talent like 1983 America’s Cup-winning skipper, John Bertrand, amongst the regular competitors.

For more information on the Wooden Boat Festival, see: https://woodenboatfestivalgeelong.com.au/