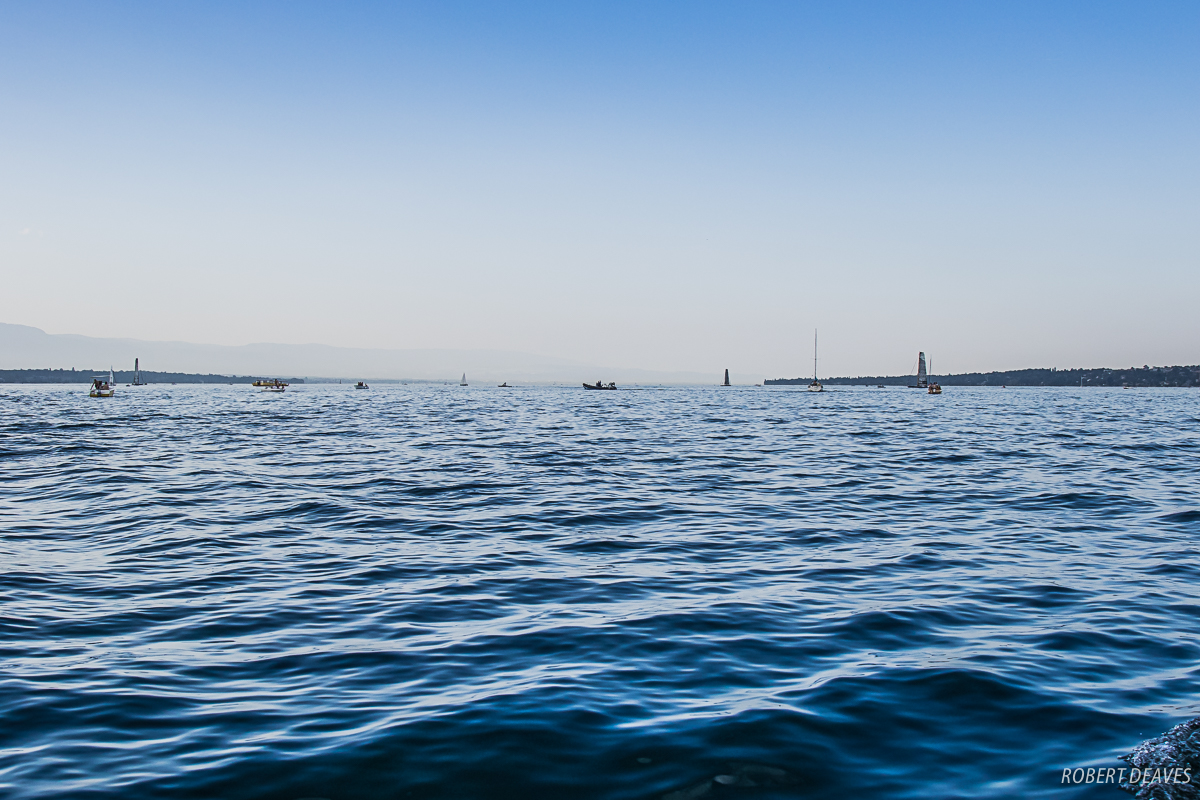 The first day of racing at the International 5.5 Metre Swiss Open at the Société Nautique de Genève, Switzerland, was marred by the extreme high temperatures of the sudden heatwave hitting Europe, resulting in a lack of wind across Lake Geneva all afternoon. Shortly before 18.00 the Race Officer called it a day and sent everyone home.

Racing was scheduled to start at 14.30 but a postponement kept the relieved fleet ashore, and that dragged on through the sweltering afternoon as the sailors sought shelter from the burning sun and cool refreshments from the SNG.

The 16 strong fleet includes 13 Swiss boats as well as entries from Germany, The Netherlands and Australia. The defending champion is Marie-Françoise XIX, SUI 228, helmed by Jürg Menzi, who this year is crewed by Rasmus Knude and Bo Selko.

It is the last major event before this season’s highlight – the 100th Scandinavian Gold Cup in Helsinki, followed by the World Championship, which gets underway in a little under four weeks.

Racing in Geneva is scheduled to continue through to Sunday, though Sunday is only used if six or more races have not been completed by Saturday evening. The forecast for Friday looks much more promising, so hopes are high for racing to begin tomorrow.