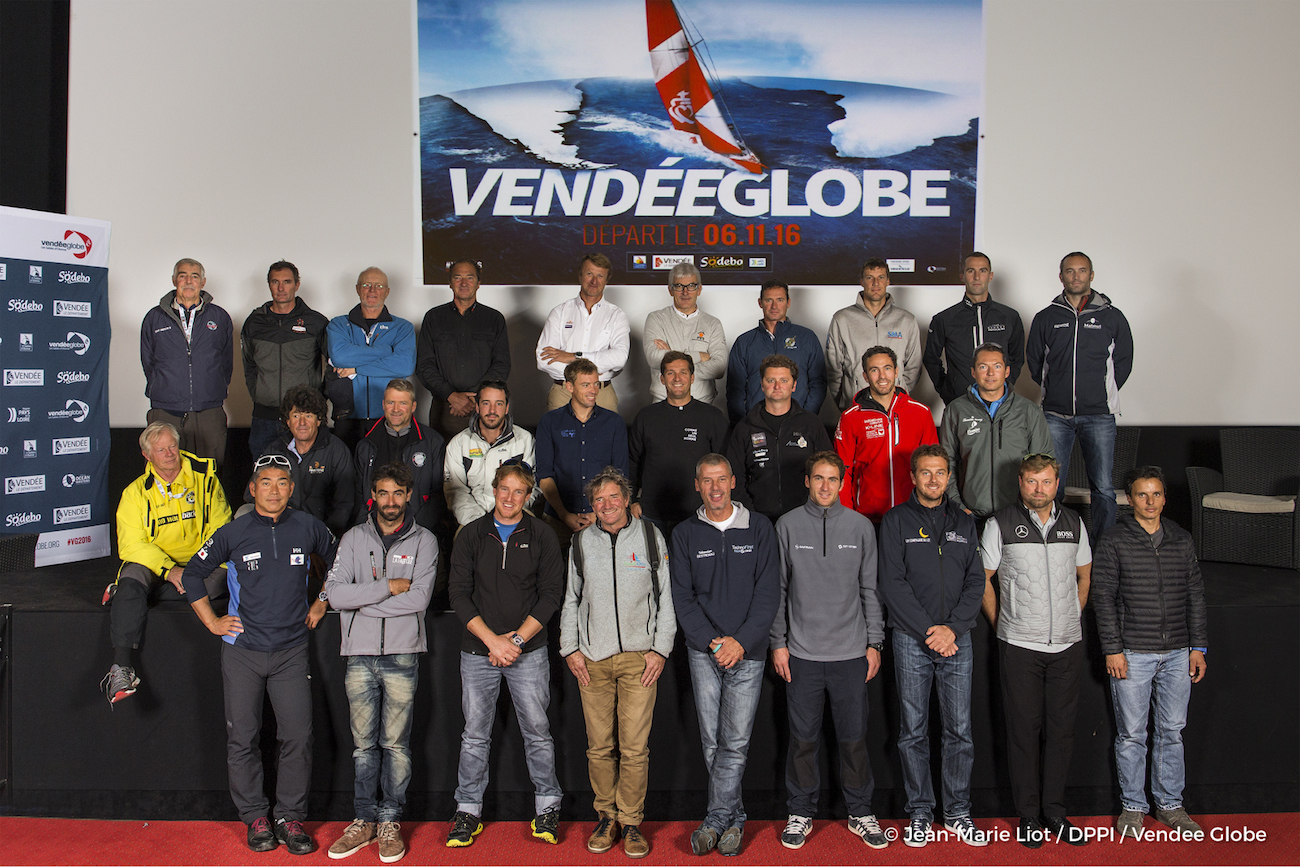 As the clock counts down ever closer to Sunday's start of the eighth edition of the Vendée Globe, the solo non stop around the world race, the question which still prevails among the inevitable massive media frenzy gathered in Les Sables d'Olonne on the French west coast is Who Will Win the Vendée Globe?

In fact there are two parts to that question. Will the new foiling boats, their technology really only race course tested over the last eighteen months, prove reliable enough to make it to the finish? With five top skippers on foils the consensus is that the winner will be one of them, if they make it to the finish. If it is not a foiling boat then the choice tapers to 2004-5 Vendée Globe winner Vincent Riou on PRB or Yann Elies on Quéguiner-Leucémie Espoir.

On paper, based on recent results and past history in the race, the strength and depth of his programme backed by Banque Populaire, drive, talent, experience and ability to sustain high speeds around the world, one theoretical favourite to win is Armel Le Cléac'h. He has finished second twice in the last two Vendée Globes, three hours and 17 minutes behind François Gabart in 2013. Le Cléac'h won this year's Transat, finished second in the Transat Jacques Vabre last year. He has prepared meticulously and has proven fast and consistent in all of his races since 2013. His foil package and optimisation has been well managed in terms of the compromise between pushing for a late technical advantage versus tested reliability. He has the boat and the skillset.

But so too British skipper Alex Thomson on Hugo Boss, Sébastien Josse on Edmond de Rothschild, Jean Pierre Dick on StMichel-Virbac and Jéremie Beyou on Maître CoQ have the capability and the hardware that it takes to win. Starting his fourth Vendée Globe, Alex Thomson has never been better equipped to win. “I think this time represents Alex's best chance of winning. He has the boat and the experience. With these foiling boats it will take a skipper of particular ability to drive hard and I think Alex, for one, has that,” commented Mike Golding, three times Vendée Globe skipper with his 2004-5 third place as his high water mark.

Thomson's boat is considered the most extreme of the latest generation boats. Although his foil package has not reached the development level he had wanted to be at, he believes he has a good balance between tested reliability and speed potential. But, having trained in splendid isolation as the lone Brit in the race, he has no recent benchmarks against the best of the French, nor do they have against him. He lead the summer's New York Vendée race. “The New York Vendee was our only chance to measure ourselves against the others.” Thomson said today. “It showed us we had the speed but we had a reliability problem which we have now solved. I feel confident in the speed but we train in England only and then in Portugal in August in good winds. Often we would like to train with the French guys and see where we are and how they compare. And I am sure they would like to know how fast we are, what our strengths and weaknesses are. We will just have to wait and see.”

“Our foil systems are very different to the other boats. On our foils the shaft is doing the work (lifting the hull) and on the others the tip is doing the work. And so we expect to see some differences between the foiling boats and at times that difference can be significant. It will be very interesting to see our strengths and weaknesses.”

Thomson revealed that he has a watch which gives him an electric shock to ensure he wakes from his sleep periods. His particular worry is straying into the forbidden ice exclusion zone and being penalised. “The difference in having this exclusion zone is that this will force us to sail VMG down the line. And so the difficulty for us is the possibility of crossing the exclusion line, they have already told us the penalties. The penalties are big. You must exit at that point or west of it. It is something that I know all the skippers are very nervous about. It is very easy when you sail close to the line and for example when you are tired and you maybe don't wake up, then that is why I have a watch that when I set the alarm gives me an electric shock to combat the possibility of over-sleeping.”

The 24,020 NMs race is more often than not a rich get richer race. The expectation is that the foilers will leap away from Sunday's start on the heels of a forecast for weather that could not be better. A fast passage to the Equator for the foilers, routing suggests 6 to 7 days on the current weather models. Theirs should be a drag race, but just as with foil borne racing inshore, any breakaway at the front of the foiling ‘peloton' can quickly see a big gap open, and perhaps become decisive.

There are around ten skippers who might make it on to the podium. The reality of not having to go out into the teeth of a Bay of Biscay storm, instead getting a relatively straightforward passage to Finisterre and into the Portuguese trade winds – the favourable scenario painted by the current weather outlook – should at least reduce the number of early failures caused by the fierce weather.

Of the first timers both rookies Paul Meilhat on SMA and Morgan Lagravière on Safran had their setbacks in their preparation but both have since regained their confidence since. A talented youngster Lagravière has been helped by Roland Jourdain and is definitely one to watch. Jérémie Beyou is the only sailor to have fitted foils to an older generation IMOCA. A fierce competitor, he hopes this will allow him to be up there with the frontrunners.