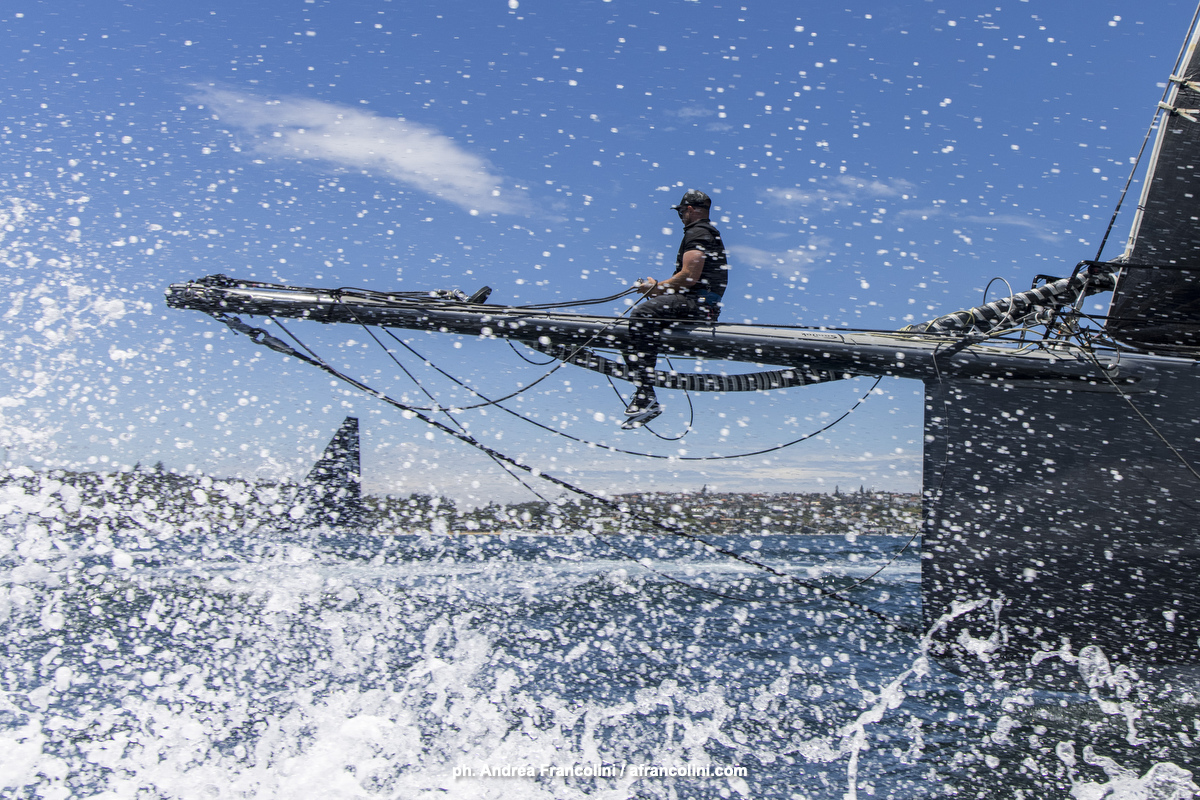 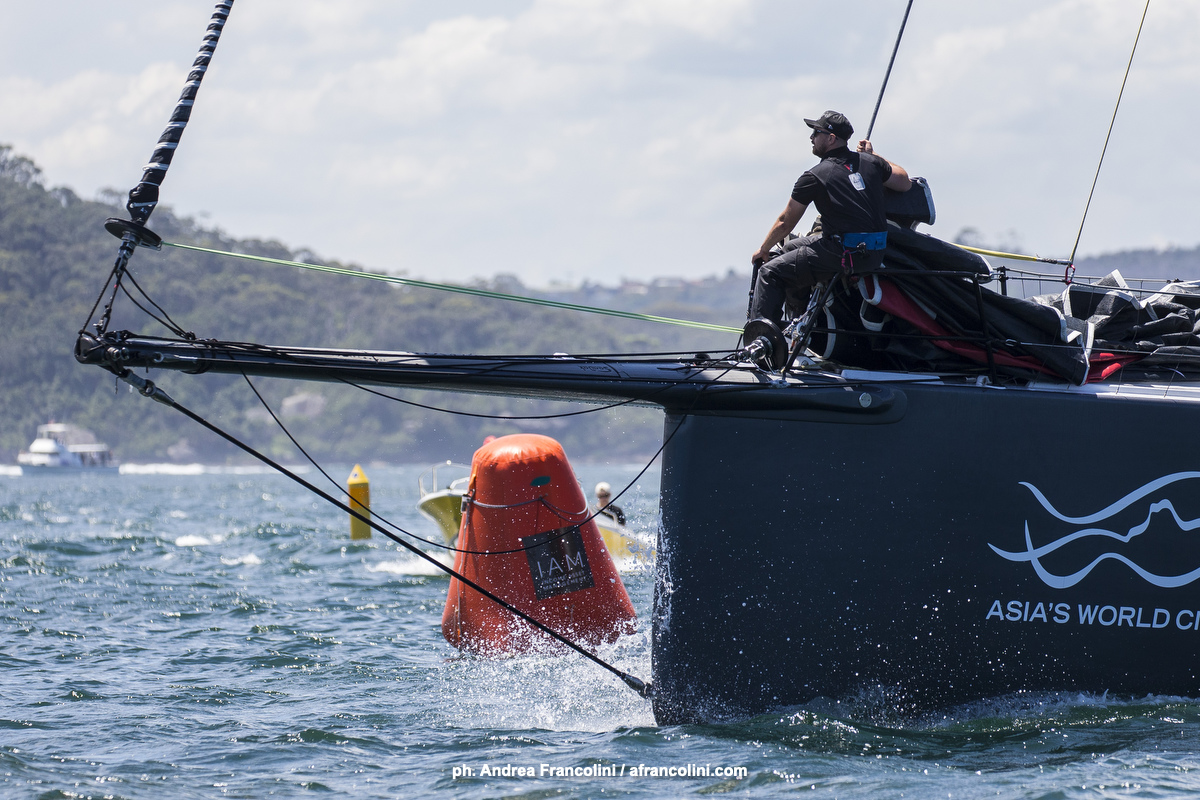 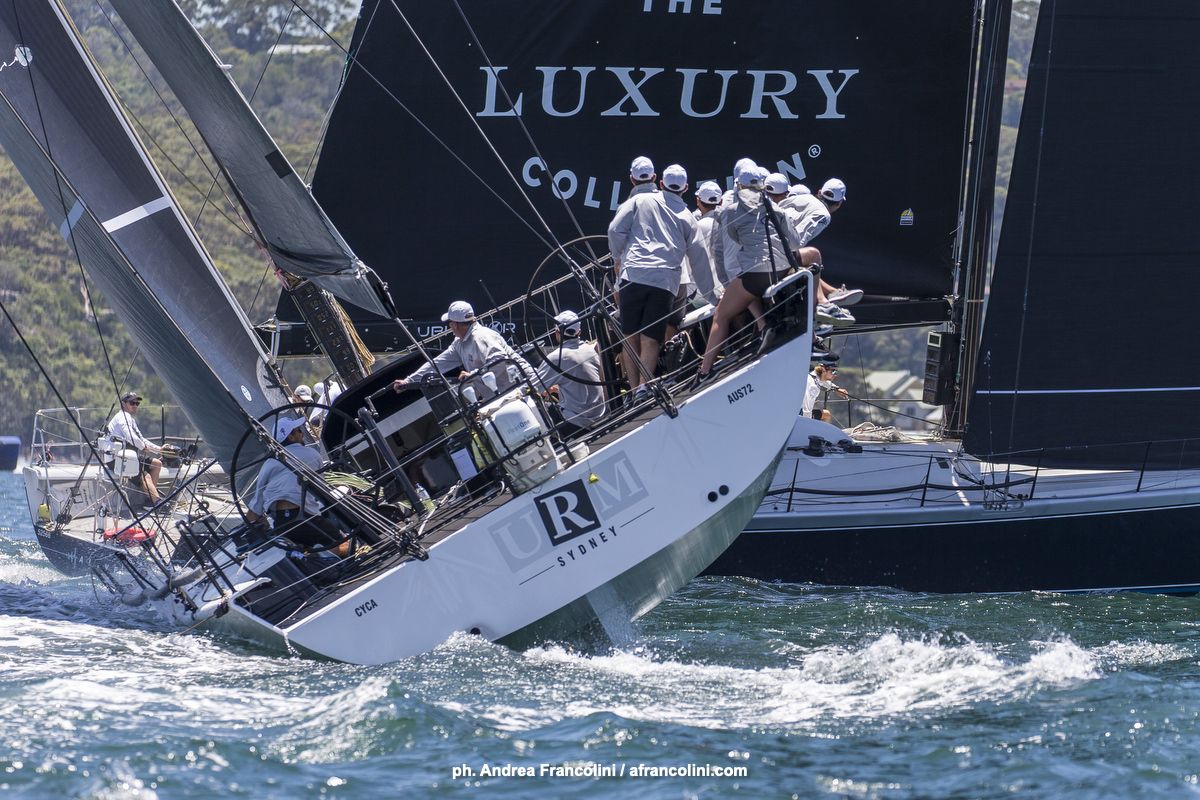 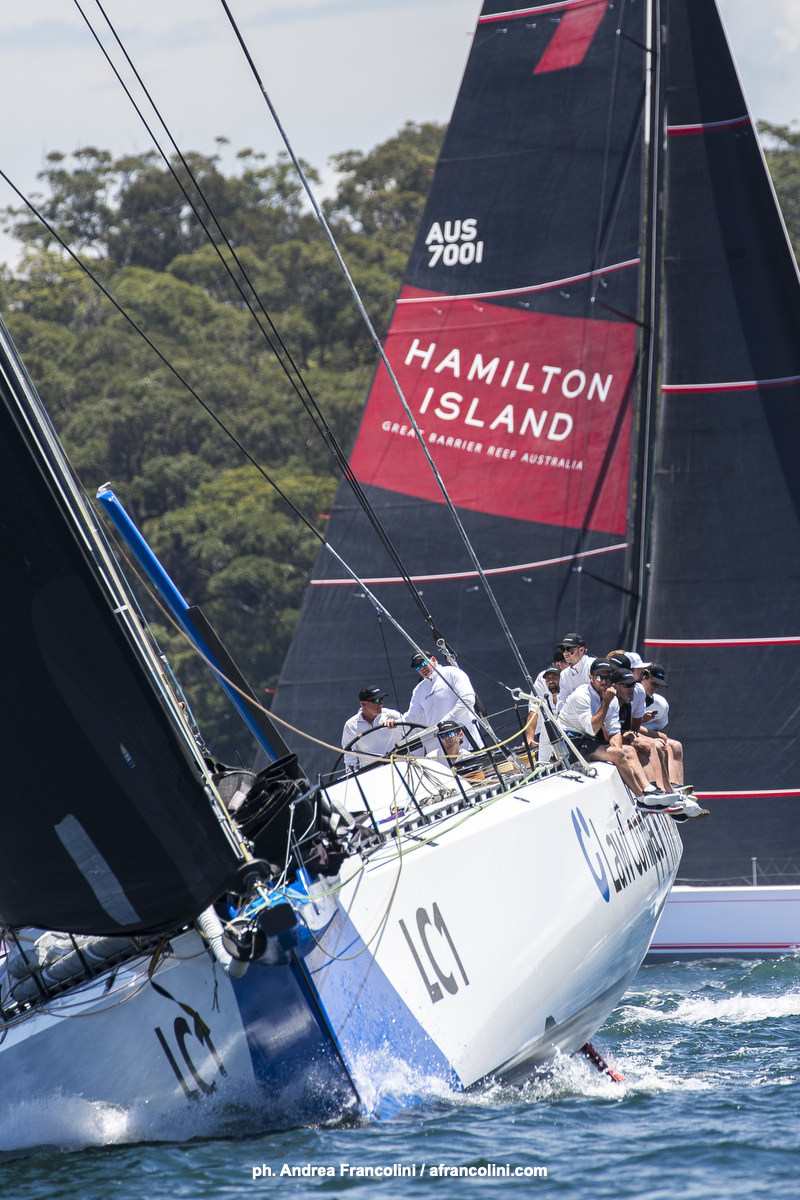 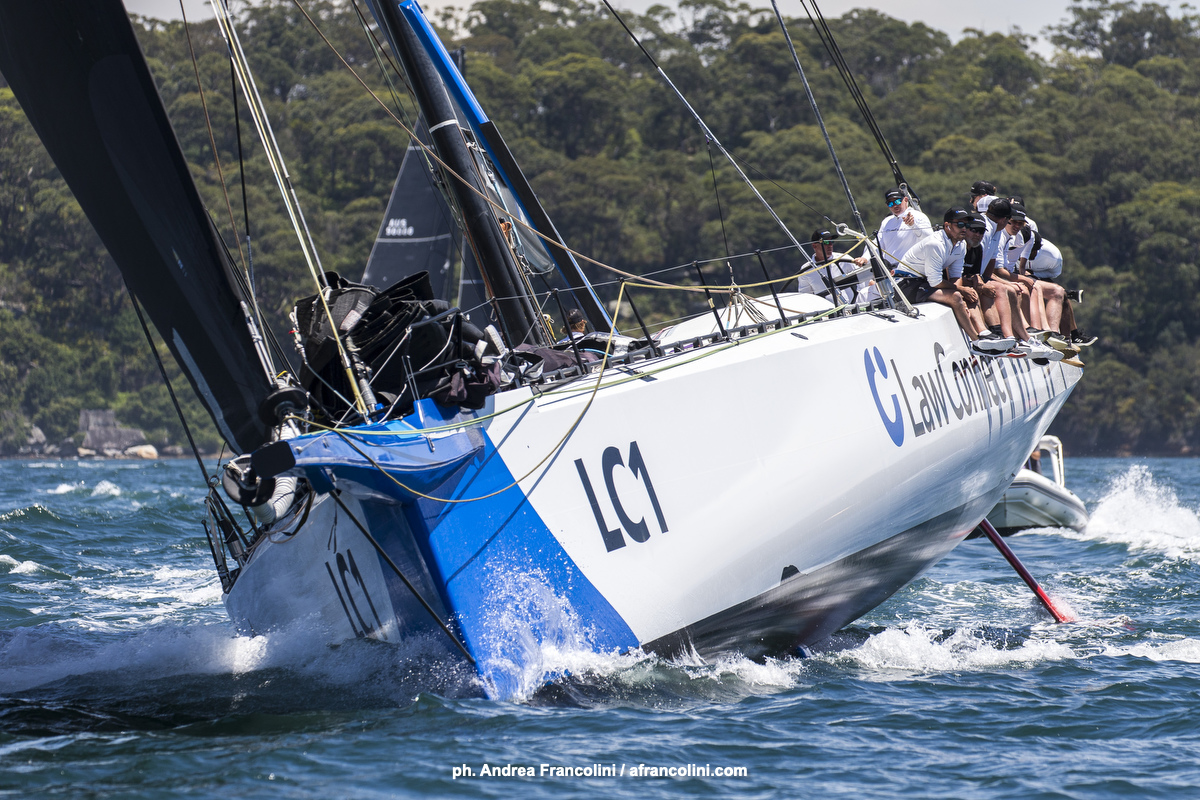 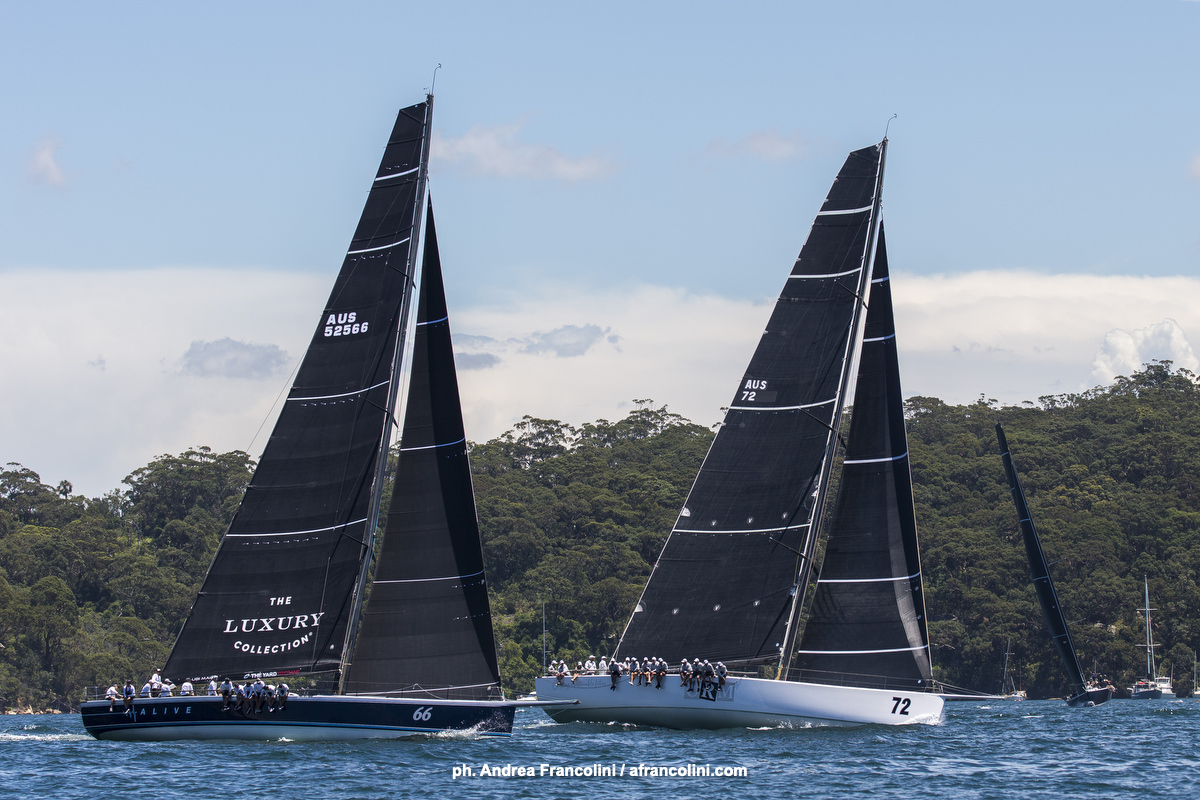 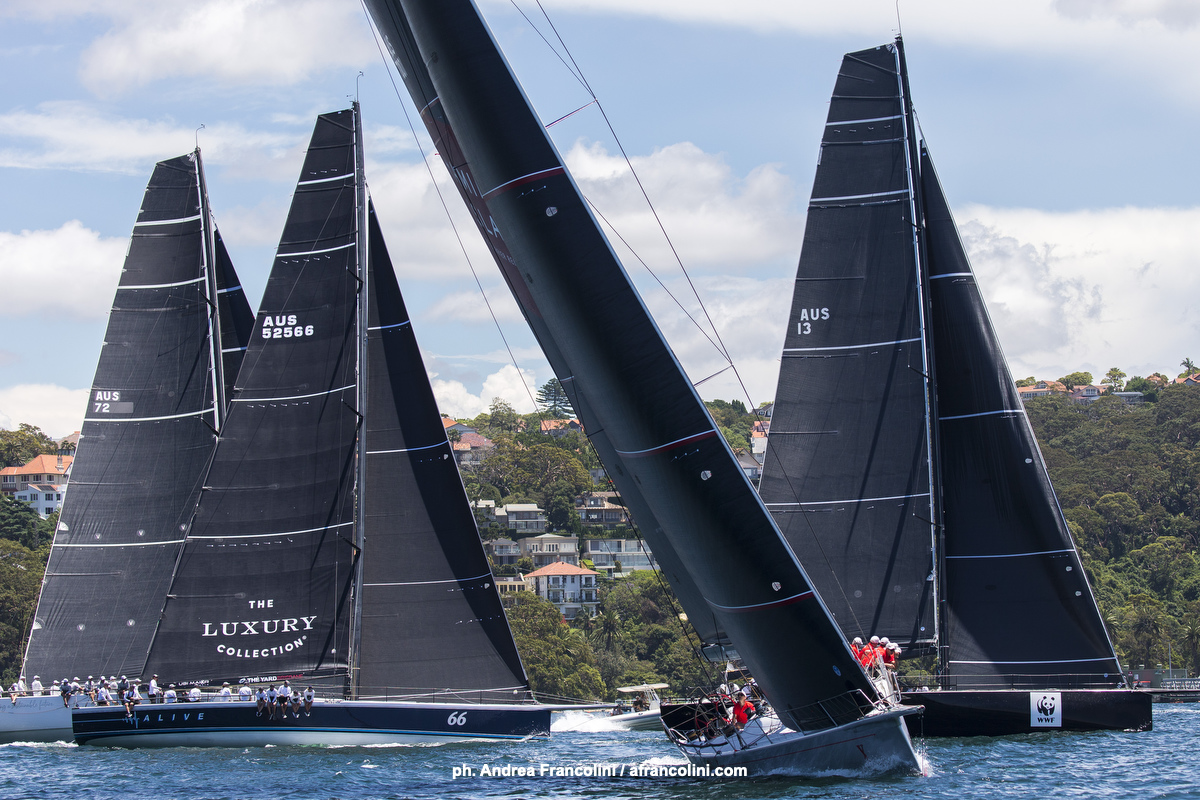 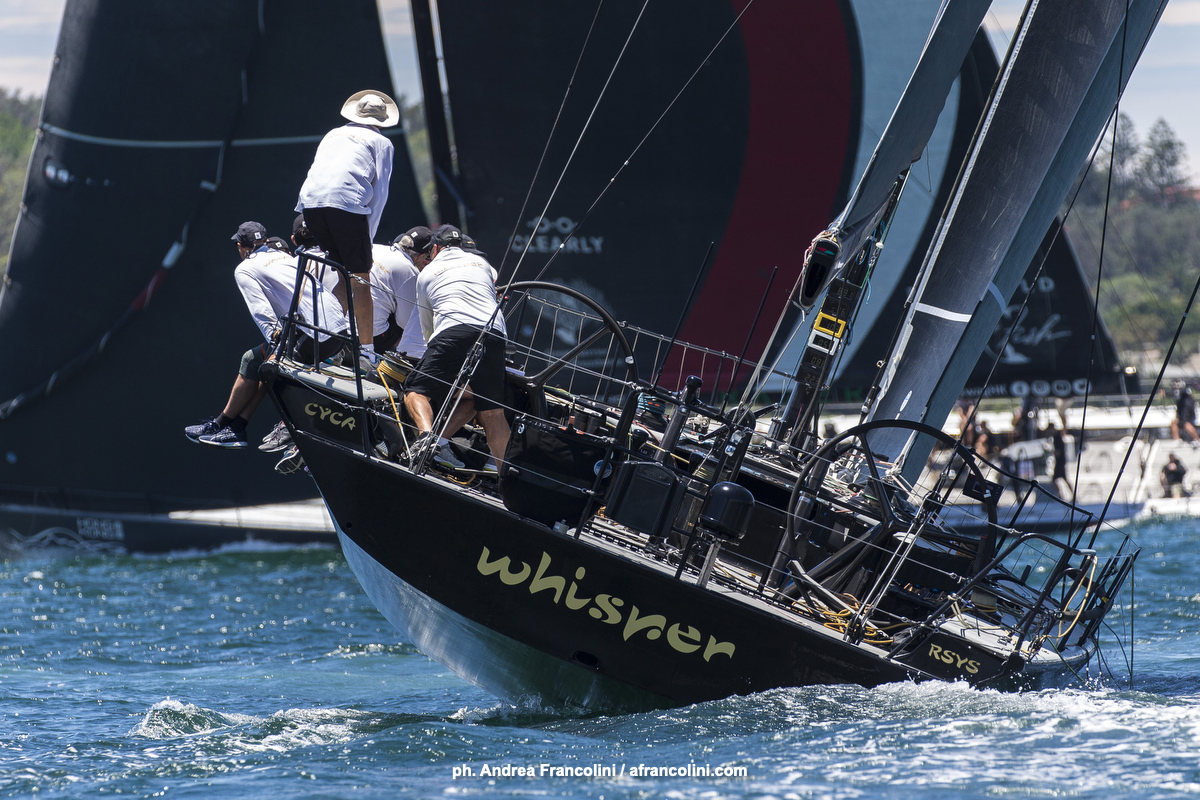 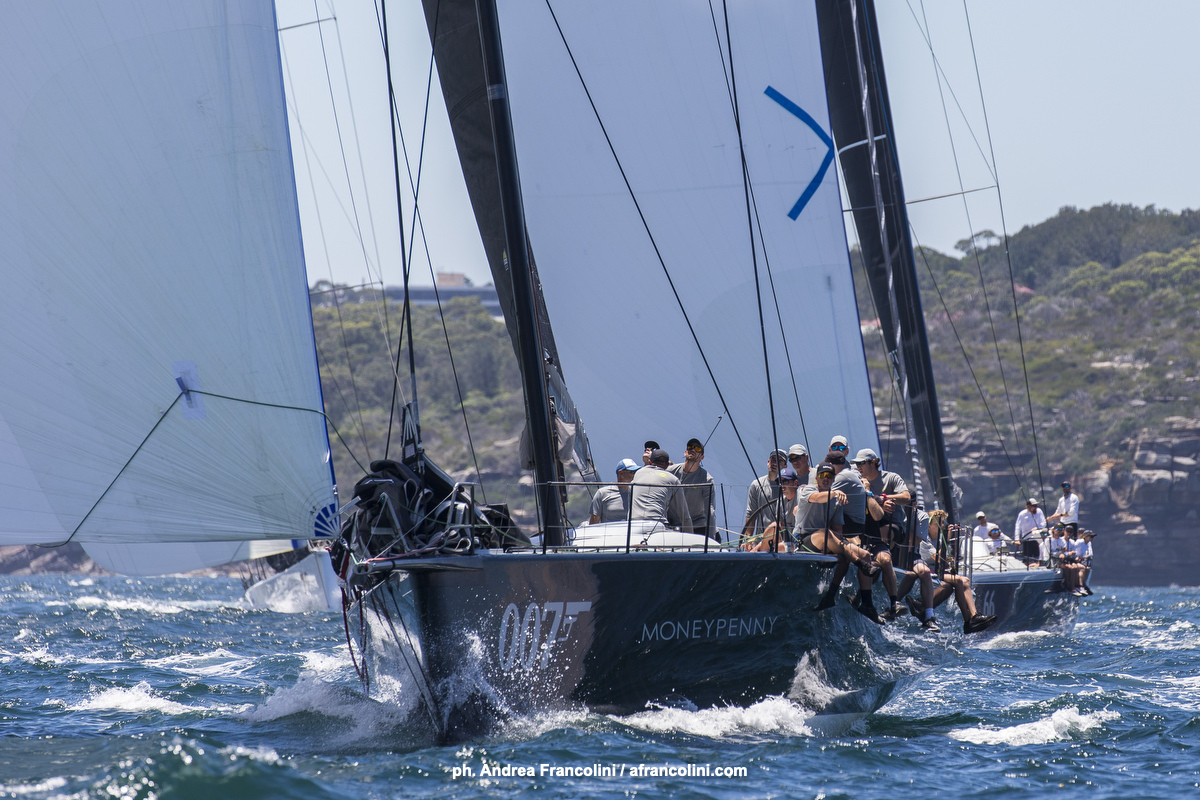 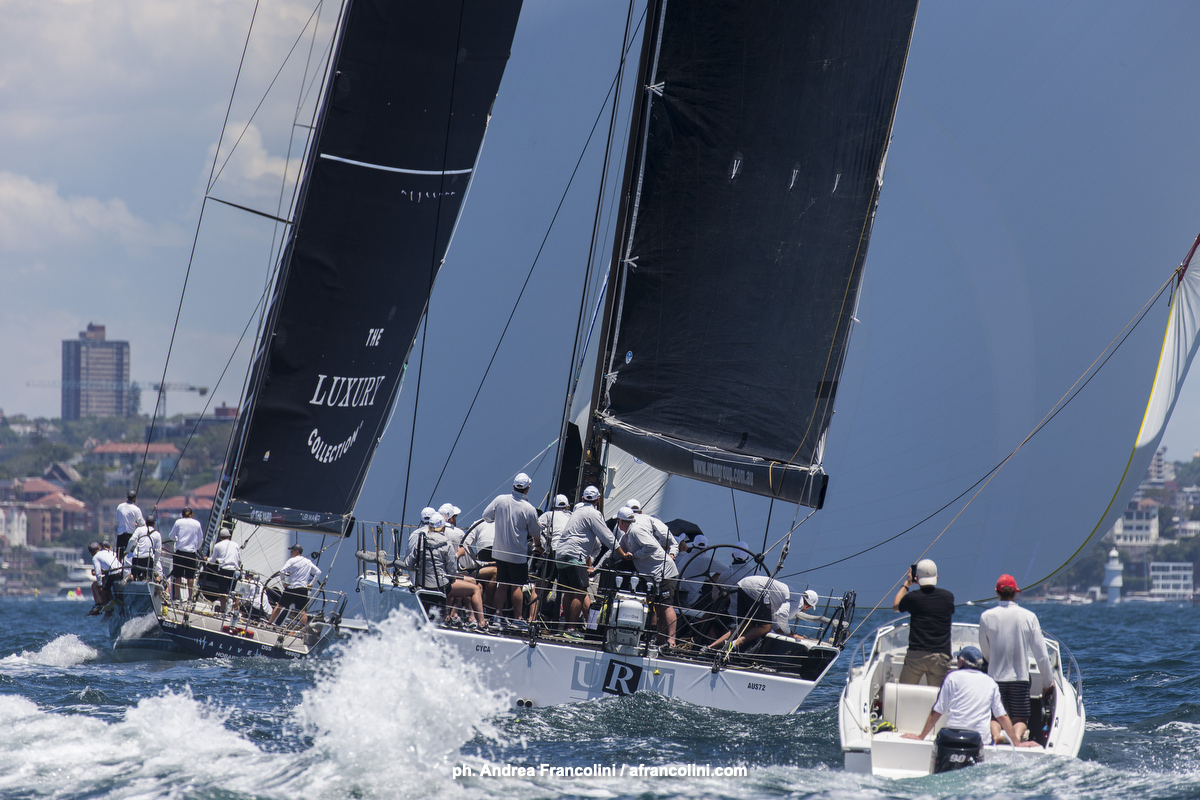 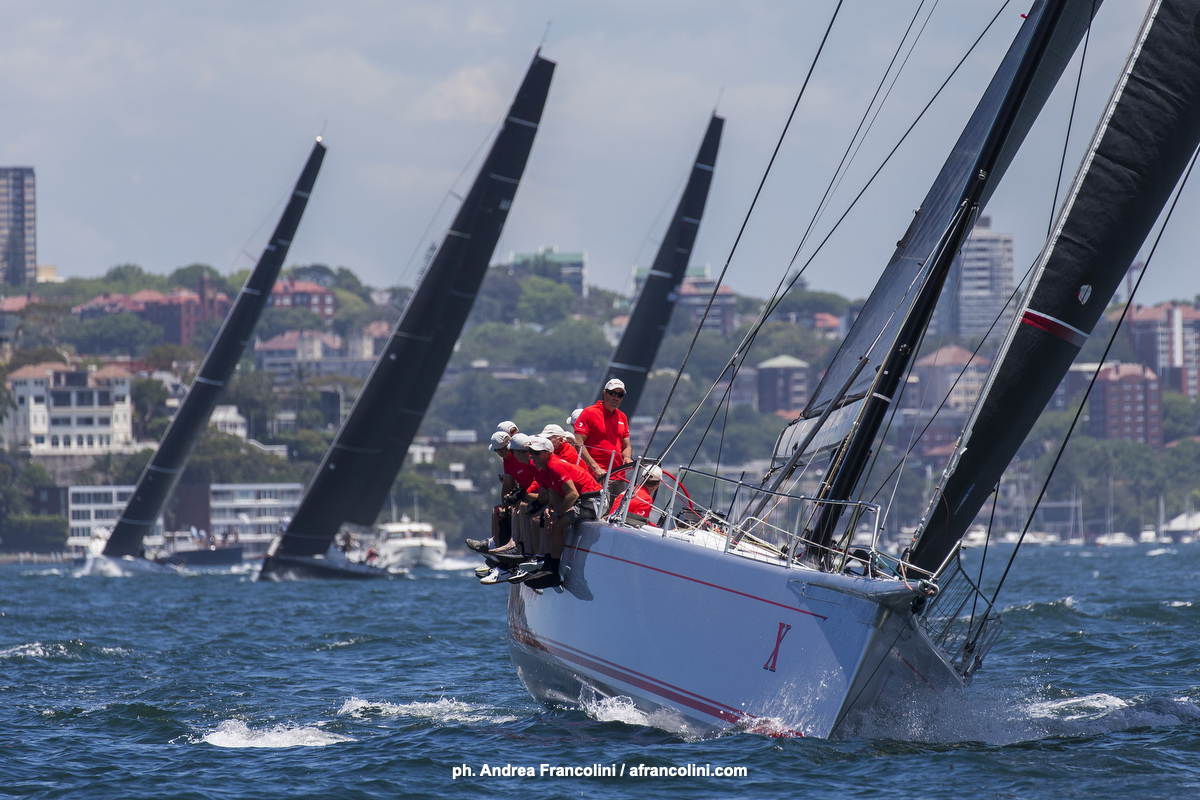 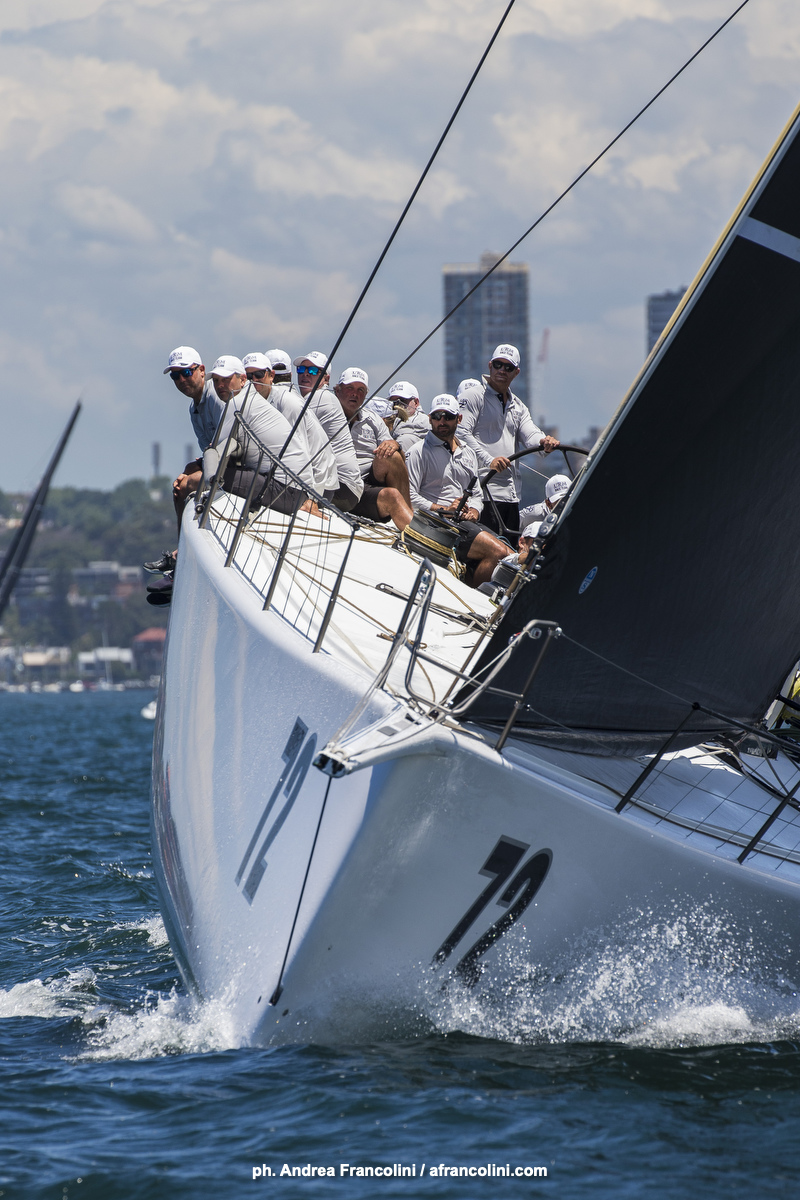 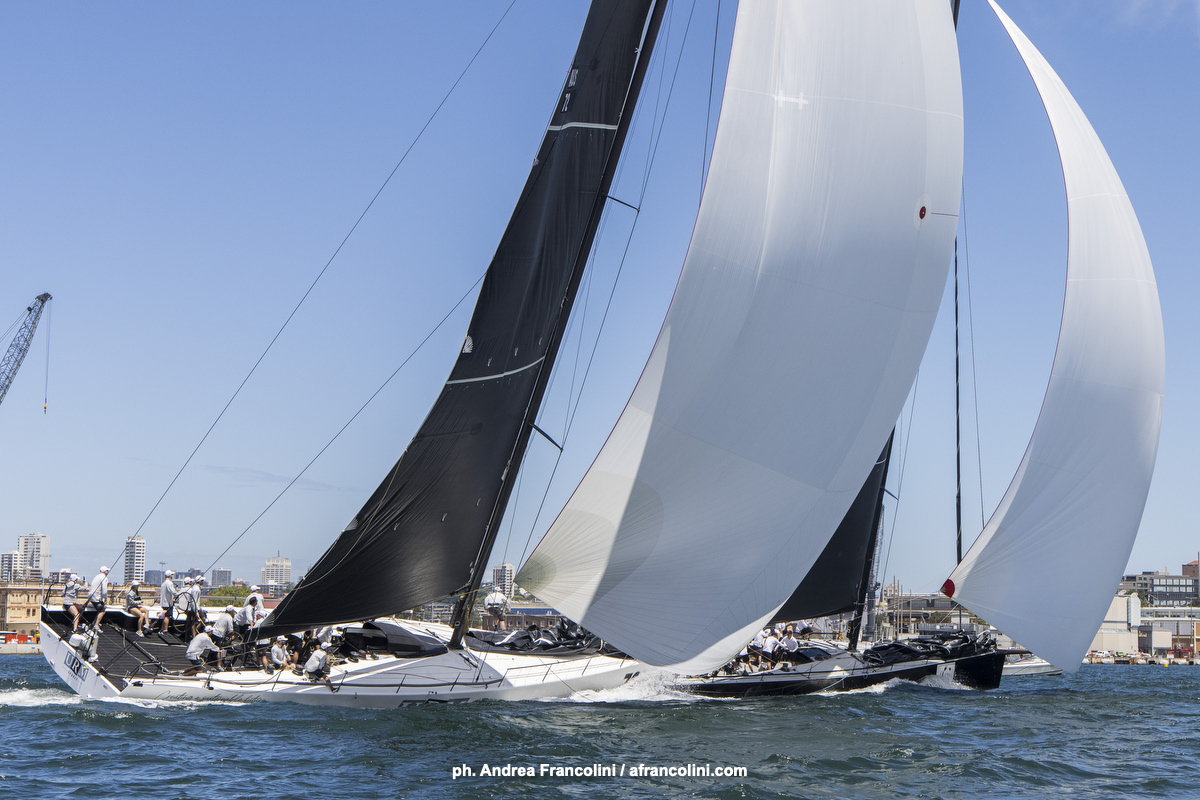 The sun shone on the two super maxis and seven mini maxis for the 14 nautical mile race, which took the fleet on two laps around the Harbour before a grandstand finish off the world-famous Sydney Opera House.

Christian Beck’s Juan-K 100 LawConnect (skippered by Tony Mutter) again made a gun start in the 8-10 knots of breeze and led the fleet around the first lap of the course.

But Seng Huang Lee’s Dovell 100 Scallywag (with David Witt skippering) charged back. When LawConnect got caught behind a ferry and was unable to follow the line of her rival, Scallywag took the lead before rounding the penultimate mark off Cannae Point.

She coasted clear to claim line honours in both the SOLAS Big Boat Challenge and Maxi Division of the Income Asset Management Australian Maxi Championship.

“The other crew members fill me with confidence and that’s about all,” said Witt when asked if the win gives Scallywag a boost in the battle for Rolex Sydney Hobart line honours.

“Today is only the fourth time we’ve sailed the boat together since 2019. The Cabbage Tree Island Race was the first time the current group sailed together.

“The last four days have been very important for us. We’ve got some talented guys on board. We’ll rely on our crew work and do the best we can.”

Spectator boats of all sizes watched on as the sublime conditions and competitive racing amongst the mini maxis provided an entertaining spectacle.

There were plenty of tactical battles between the 62-72 footers rounding the marks, as crews continued to tune up for the 2021 Rolex Sydney Hobart Yacht Race.

They made it a hat-trick of wins, crossing the line in sixth to win overall honours ahead of the Oatley family’s Reichel/Pugh 66 Wild Oats X (skippered by Mark Richards), and Sean Langman’s Reichel/Pugh 69 Moneypenny.

Does that make Whisper a favourite for the Tattersall Cup in the 2021 Rolex Sydney Hobart?

“Ocean racing is a bit of snakes and ladders,” Griffith quipped. “You never say you’re confident, but we’re in good shape for the race.

“Anything can happen and you’ve just got to try your hardest, get yourself in the right position and hope the weather Gods smile on you a bit.

“The owners I’ve spoken to thought this was a great regatta. Finishing on the harbour is exciting and it will be wonderful if we can attract more international boats next year. That would be great.”

Moneypenny was one of the star performers after breaking the start early.

The former Naval Group gradually made up ground and moved through the fleet to finish fourth over the line, third overall and claimed PHS honours.