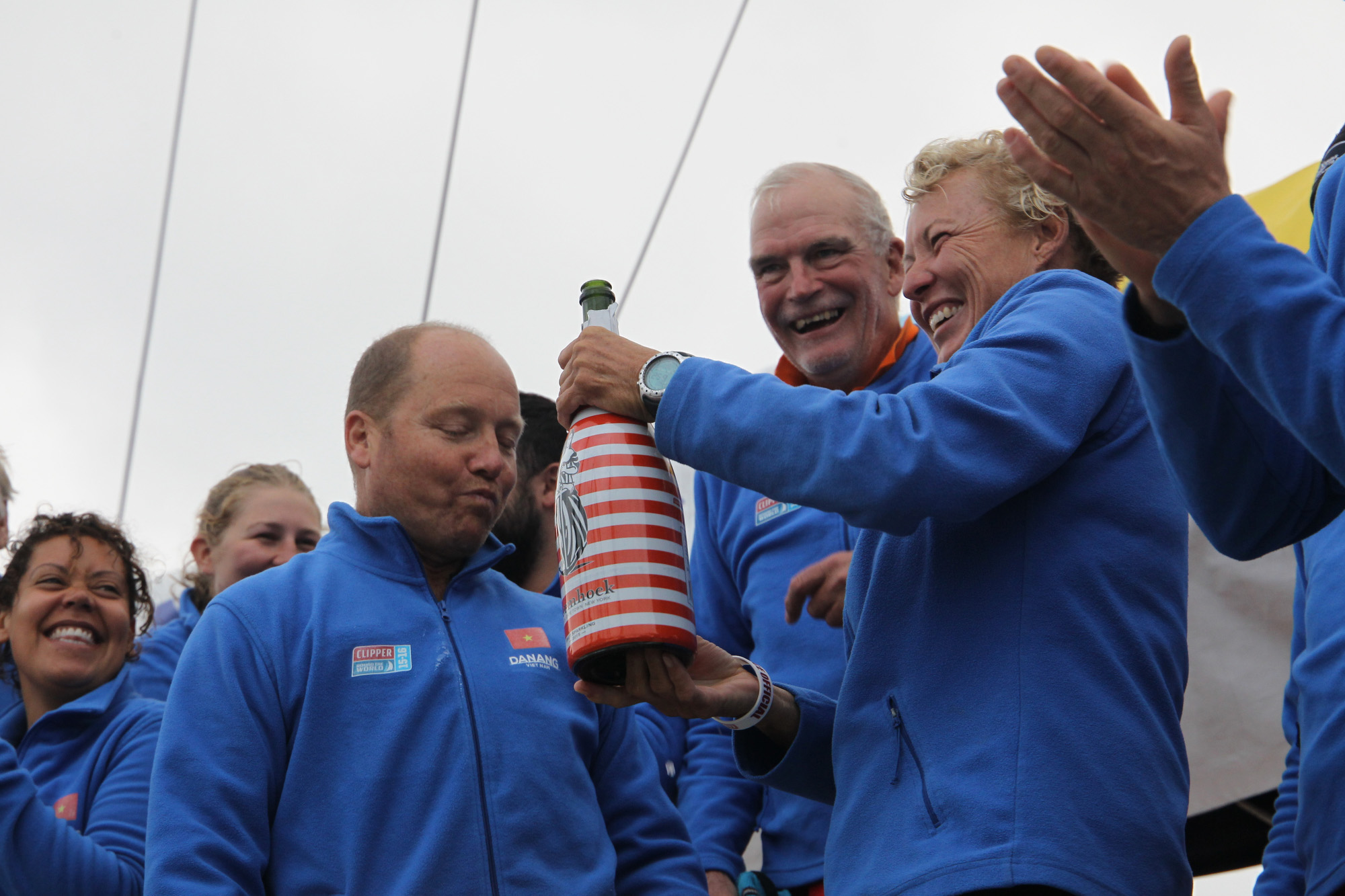 Wendy Tuck, the first Australian female Skipper to compete in the Clipper Round the World Yacht Race, has claimed her second podium result of the global series, arriving third into Den Helder, the Netherlands this morning in the penultimate race of the series.

This second to last race in the eleven month Clipper Race series was shorter than many, at just 700 nautical miles and taking just five days to complete, but its coastal route over the north of Scotland and then south-east through the North Sea and its many oil rigs, was highly tactical and never allowed much time to rest.

Following regular major shakeups of the leaderboard since the race began due to strong tidal gates around Scotland and patchy, shifty wind, Wendy and her crew on board Da Nang – Viet Nam managed to hold on to its position amongst fierce competition over the past 48 hours.

Upon finishing the penultimate race of the series, Skipper Tuck, 50, from Sydney, Australia, said:  “What a race – it had a bit of everything. This short racing sure keeps you on your toes but it’s the style of sailing that the team excel in, the last time we had such an intense, short race was in the Sydney-Hobart Yacht Race where we came first placed. The weather was challenging with variable winds that sometimes left us in a wind hole. We were up there at the top early on in the race and then dropped back, but we made it up in the final miles. The crew worked hard to get us here and finish on the podium again in third and I hope we have done the city and people of Da Nang proud.”

Visit Seattle won the race and PSP Logistics came second. The rest of the twelve-strong fleet will finish in the next few hours.

This is the second best result for the Da Nang –Viet Nam team, since it won Race 5, the Rolex Sydney Hobart Yacht Race in December 2015. The team is currently in eighth place in the overall Clipper Race standings.

The Clipper Race teams will now enjoy almost a week in the Netherlands before the final race, Race 14 departs next Thursday, 28 July.