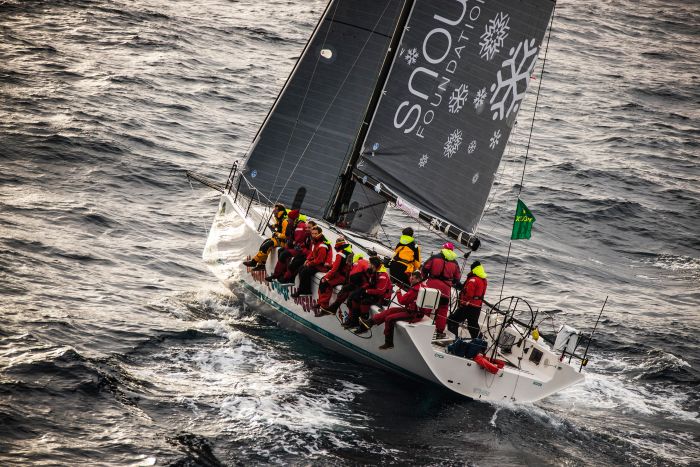 12/12/2019
Interview with Warwick Sherman by Jay Anderson, a member of the Occasional Course Language crew:

Can you give an overview of your journey thus far?

Indeed, in brief, I was diagnosed in July 2010 with Non-Hodgkin’s Mantle Cell Lymphoma. At that stage it was fatal, basically, every patient throughout the world in 2009 died. I was put on a new/experimental treatment regime “the Nordic Protocol” which let the Lymphoma get aggressive and when absolutely necessary, (this turned out to be 16 months later… so I had the “Sword of Damocles” over my head as one Oncologist suggested all this time), conduct chemo (6 months’ worth every 22 days), then four days of massive chemo, stem cells removed, reinvigorated and replaced some days later so they would fight the Lymphoma.

I went into isolation for a month, then rest for months. I was put into what they thought was long-term remission. Regrettably and surprisingly, the Lymphoma returned some three-and-a-half years later and I was put on a wonder drug Ibrutenib (now on the PBS) for 15 months which kept me in a holding pattern but finally started to fail. We checked my brother and sisters for a stem cell match and my brother was suitable. Peter gave his stem cells (like giving blood… the blood goes into a centrifuge and the stems are extracted by atomic weight and the balance of the blood goes back into Peter’s system… my process earlier was the same) and I was given these intravenously and awaited the response of these and my body, as rejection was possible. I had another month in isolation and again months of getting better. Luckily all went pretty well and the Oncologist said that if I was above ground and in good health after two years post stems, they would consider me cured!!! That anniversary was 6 October 2018.

What does the Snowdome Foundation mean to you?

Through donations, SNOWDOME generates funds that go directly to “coal face” research into all blood cancers which is what we want… a cure not a bandage. Recently an Australian researcher living in the USA and sponsored by Snowdome has apparently found a cure for my specific Non-Hodgkin’s Mantle Cell Lymphoma (there are 40 plus varieties of NH Lymphoma) without the necessity of enduring the chemotherapy. I’m sure this will have to go through government accreditation and trials, but what a fabulous result for her and Snowdome. So there is hope with perseverance. I support them financially and emotionally.

Why are you doing the Sydney to Hobart Race?

My last hurrah in long offshore racing started in 1994.  A 25 year anniversary!

I’m getting older, less mobile and more careful with risk-taking now that I have been given life back a second time. My self-preservation ethic is as high as it has ever been. But I really wanted to give a bit more back to Snowdome and this is a pretty good billboard to showcase who they are and what they can do. I paid for the mainsail and all the signage and I donate all this to Snowdome willingly. Many in the sailing community (in particular) were with me, on my now nine year journey, and they were always very supportive and interested in my progress. I am viewed as someone who took the cancer challenge head-on and with good humour and fortunately have survived to tell the story twice now!

I was voted “Play of the Day” on the Channel 10 evening news when we won the Division 2 Rolex Sydney-Hobart in 2012 only 9 months after I received the first stem cells. The Oncologist thought I was mad to do this. I suggest he still does! Anyway, such media coverage is truly wonderful to showcase Snowdome and I hope we can replicate this coverage in this year’s race.

While I guess the story has to involve me, I would prefer not to be the focus. It takes all 12 crew members to get the boat to Hobart and all 12 embrace the desire to help and tell the Snowdome story. As a matter of interest, one other crew members also suffers from a blood cancer which is currently incurable, but able to be stabilised in the short-term. We are all hoping that further progress will be made to cure him and all the other insidious blood cancers. I hope Snowdome Occasional Coarse Language can assist in this process.