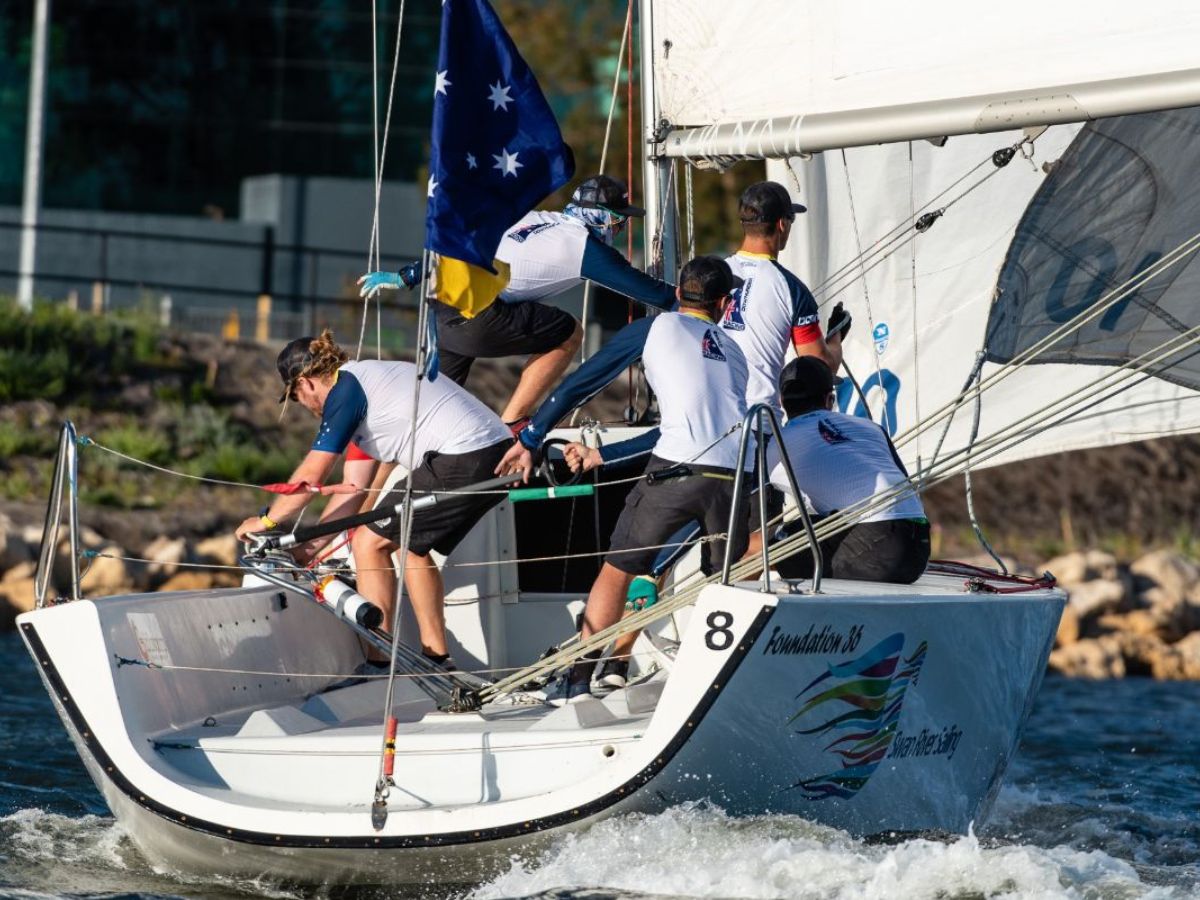 The second day of the Warren Jones International Youth Regatta was another day of ideal match racing conditions in the City of Perth. The seabreeze came in right on cue and was a relatively stable 10 – 13 knots all afternoon. The race committee got an efficient 11 flights through, finishing the first round robin and getting four flights into the second. After a day of exciting racing, the teams and volunteers went to The Lucky Shag Bar for the official Opening Ceremony.

Due to the seeding, today saw very tight races between the higher ranked teams towards the end of the first round robin. There was an exciting tussle between Harry Price, current defending champion, from The Cruising Yacht Club of Australia and Will Boulden, the 2018 Warren Jones Runner Up from Royal Freshwater Bay Yacht Club. In this exciting rematch, Price had the early upper hand with Boulden getting a penalty along the left hand boundary on the first upwind.

The match between Van Beek from Vereniging Watersports De Twee Provinciën and Egnot Johnson from Royal New Zealand Yacht Squadron Performance Program met Price and Boulden at the top mark, providing Boulden the perfect opportunity for a second chance. Boulden was able to get ahead and lead into the finish. With a penalty remaining, Boulden managed to engage with Price at the finish line and force a double penalty, thereby clearing his penalty and winning the match. The fiery match was filmed live from onboard Will Boulden’s boat and is available to watch HERE!

The Swedish all female team skippered by Johanna Bergqvist had a solid day putting five wins on the board including a win against highly ranked Boulden and his Alpha Racing Team. The all-female match between Bergqvist and Costanzo was filmed live and is available HERE.

The final results after the first round robin have Boulden, Egnot-Johnson and Van Beek equal with nine wins and two losses each. They are followed closely by The Cruising Yacht Club of Australia Duo of Harry Price and Tom Grimes. Charlie Welsh from Newport Beach Yacht Club will be looking to get some more wins on the board in Round Robin two to move up the leaderboard which is currently very tight. 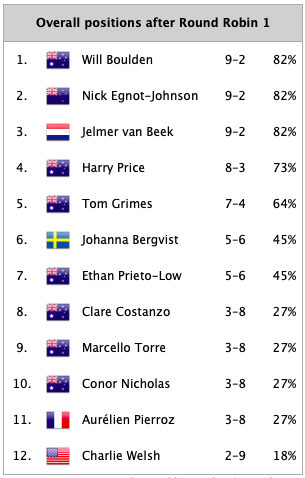 The Warren Jones International Youth Regatta acts as a feeder into events such as the World Match Racing Tour and Congressional Cup. The caliber of this years competitors is of the highest quality with Harry Price and Will Boulden both ranked inside the World Top 10. There is no doubt that the sailors competing in this event will be big names in the future of sailing, just as previous winners of the Warren Jones International Youth Regatta have already made their mark in the Professional Leagues. To name a few; Kinley Fowler, Graeme Spence and Kyle Langford have between them, competed in successful America’s Cup Campaigns, Volvo Ocean Race teams, the Extreme Sailing Series, M32 World Match Racing Tour Series and are currently involved in either the SailGP Series or next America’s Cup. The success for many began with the Warren Jones International Youth Regatta. The fight for this years title is going to be hot with the winner joining the names of those etched in sailing history.