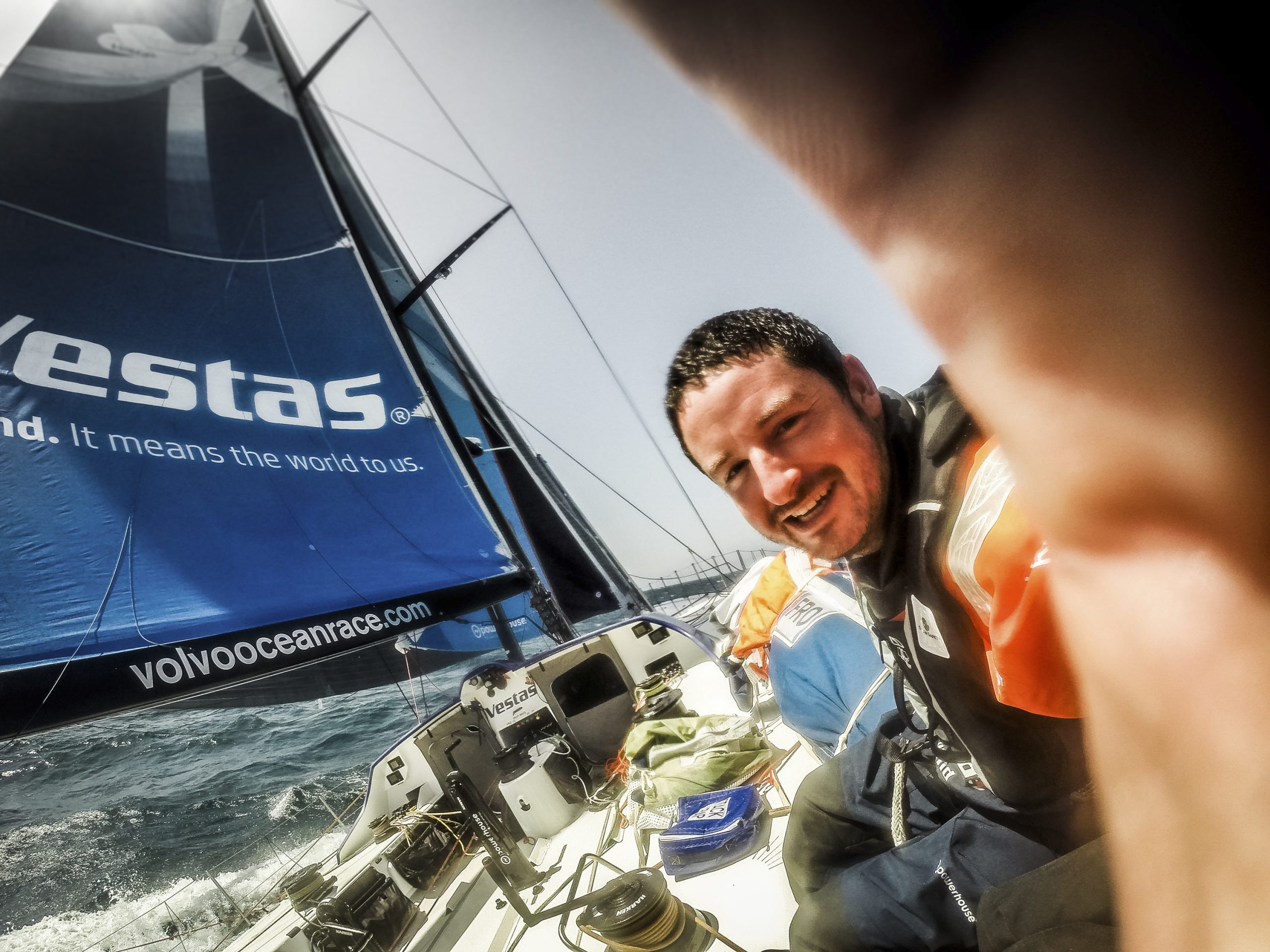 Featuring hardened media pros from six nations, the group of Onboard Reporters for the Volvo Ocean Race 2017-18 includes award-winning adventure photographers, extreme sports filmmakers, the documentary-making son of a Volvo Ocean Race legend and a former soldier turned journo who has completed two tours in the Middle East.

Dubbed ‘the toughest job in sports media’, the Onboard Reporter is a position that’s unique to sailing’s iconic race around the world and the Volvo Ocean Race is the only professional sporting event to feature dedicated multimedia reporters embedded with the teams; given unique access to cover every aspect of the event, round the clock, directly from the field of play.

Two Onboard Reporters – Brian Carlin (Ireland) and Sam Greenfield (United States) – return to the Race after making their debuts in 2014-15.

They are joined by Jen Edney (United States), who was recently named as one of ‘Nine Female Adventure Photographers Who Push the Limits’ by National Geographic; French shooters Martin Keruzoré and Jeremie Lecaudey; Richard Edwards and Konrad Frost, Britons who honed their on board skills in the Clipper Race; Spanish media man Ugo Fonollá; and BBC journalist Tom Martienssen (Britain), who served as a gunner in the British Royal Air Force, and has reported live from the summit of Mount Everest.

Accomplished natural history documentary filmmaker James Blake (New Zealand/Britain), who has worked with the likes of the BBC and Discovery and is the son of Volvo Ocean Race winner Sir Peter Blake, completes the squad, which has already clocked up thousands of offshore miles in preparation for the next edition, beginning 22 October 2017.

The Onboard Reporters have gone through an extensive creative ‘boot camp’ in Alicante, proving their ability to withstand the mental and physical pressure of the role before being accepted.

When the Race launched its storyteller search in June 2016, almost 10,000 candidates from 126 countries flooded the campaign website to discover how to join the next batch of elite reporters.

The event, which pits the best professional sailors against each other over 45,000 nautical miles, covering four oceans, five continents and nine marathon months, requires multi-skilled and experienced media professionals to join the crews on board and report back to shore from the most remote and hostile regions on the planet.

To push content from the world’s oceans to race fans takes some serious technology. Every boat is fitted with state-of-the-art equipment, remote-control cameras, microphones and custom-designed media stations.

The Inmarsat satellite network coupled with communications hardware from Cobham powers the delivery of multimedia content from each of the super-charged 65-foot racing boats while at sea.

With the next edition drawing closer, the whole fleet is en route to Gosport, UK, where they will make preparations for the Leg Zero qualifying races.

Onboard Reporter bios
Sam Greenfield (United States)
Sam is one of only two Onboard Reporters from the 2014-15 edition to return to the racetrack, having worked with Dongfeng Race Team last time.

He caught attention by becoming the first OBR to successfully fly a drone from a moving Volvo Ocean 65, revolutionising the use of drones across the sailing industry in the process. Since the end of the 2014-15 race, Sam has been based in Bermuda as part of the Team ORACLE USA media crew.

Jen Edney (United States)
Jen is one of the most renowned water adventure photographers in the business, and regularly appears in international publications like National Geographic magazine, which recently named her as one of ‘Nine Female Photographers Who Push The Limits’. Despite coming from the landlocked US state of Nebraska, Jen has clocked up over 50,000 offshore miles in preparation for the ultimate sailing media job.

Konrad Frost (Britain)
Having honed his on board shooting and eye for detail in the Clipper Race, Konrad’s step into the Volvo Ocean Race world is a natural progression – and he admits that he has dreamed of stepping on board in the Volvo Ocean Race since he was a little kid. When he’s not at sea, he is a respected cameraman in the adventure sports industry, and he knows the Race inside out having worked as crew on recent Volvo Ocean Race TV series, as well as the likes of CNN Mainsail.

Jeremie Lecaudey (France)
Jeremie joins the Race with is new to sailing, but arrives with a fresh perspective – and bags of extreme sports experience under his belt. He is renowned as a top talent in the snowboarding industry, but has taken to dampening his sea boots on board a French Mini Open 650 within the last couple of years.

Martin Keruzoré (France)
Martin grew up around the ocean and the world of sailing photography and has almost a decade’s experience as a director, photographer, cameraman and editor. Starting out early, Martin has logged thousands of miles in French races and has been involved in projects including L’Hydroptere’s first speed test.

Richard Edwards (Britain)
Richard grew up with a natural affinity for the ocean and water sports – and in 2015, he made his passion a profession, by joining the Clipper Race as a cameraman and producer. It was this round-the-world experience that inspired him to push for the ultimate media job – a Volvo Ocean Race Onboard Reporter role.

James Blake (New Zealand/Britain)
James has carved out an impressive reputation in nature and documentary world for his shooting ability – and has worked for the likes of the BBC and Discovery as a filmmaker before deciding to follow in his father, Volvo Ocean Race legend Sir Peter Blake’s, footsteps and jump onto a Volvo Ocean Race boat himself.

James is also a natural born adventurer who completed a trans Tasman row in 2012 as part of a four-man team, and is planning new exploits after the race’s completion, including a new angle on a transatlantic record.

Tom Martienssen (Britain)
They say that the Volvo Ocean Race Onboard Reporter role is one of the most extreme media roles in the business – but for former soldier turned reporter Tom, it might be a welcome change of pace from his recent vocations.

He has completed two tours of Iraq as a medic and an RAF gunner, and has reported for the likes of the BBC and CNN live from the summit of Mount Everest. Nevertheless, he still claims that working on board the Volvo Ocean Race boats is the toughest thing he’s ever done.

Brian Carlin (Ireland)
Having made his name as the Onboard Reporter for Team Vestas Wind in 2014-15, Brian returns to the race as OBR Team Leader, and will be keen to make it the whole way around the world after a challenging Volvo Ocean Race debut which saw his team ground on an atoll in the middle of the Indian Ocean just days into Leg 3.

Ugo Fonollá (Spain)
The youngest member of the 2017-18 Onboard Reporter squad, Ugo grew up around sailing on Mallorca, close to the Palma sailing scene. Having studied engineering, Ugo then switched his focus to fulfilling his life’s dream – to become an OBR in the Volvo Ocean Race. Six years later, and armed with a camera and some wet weather gear, his wish has come true.