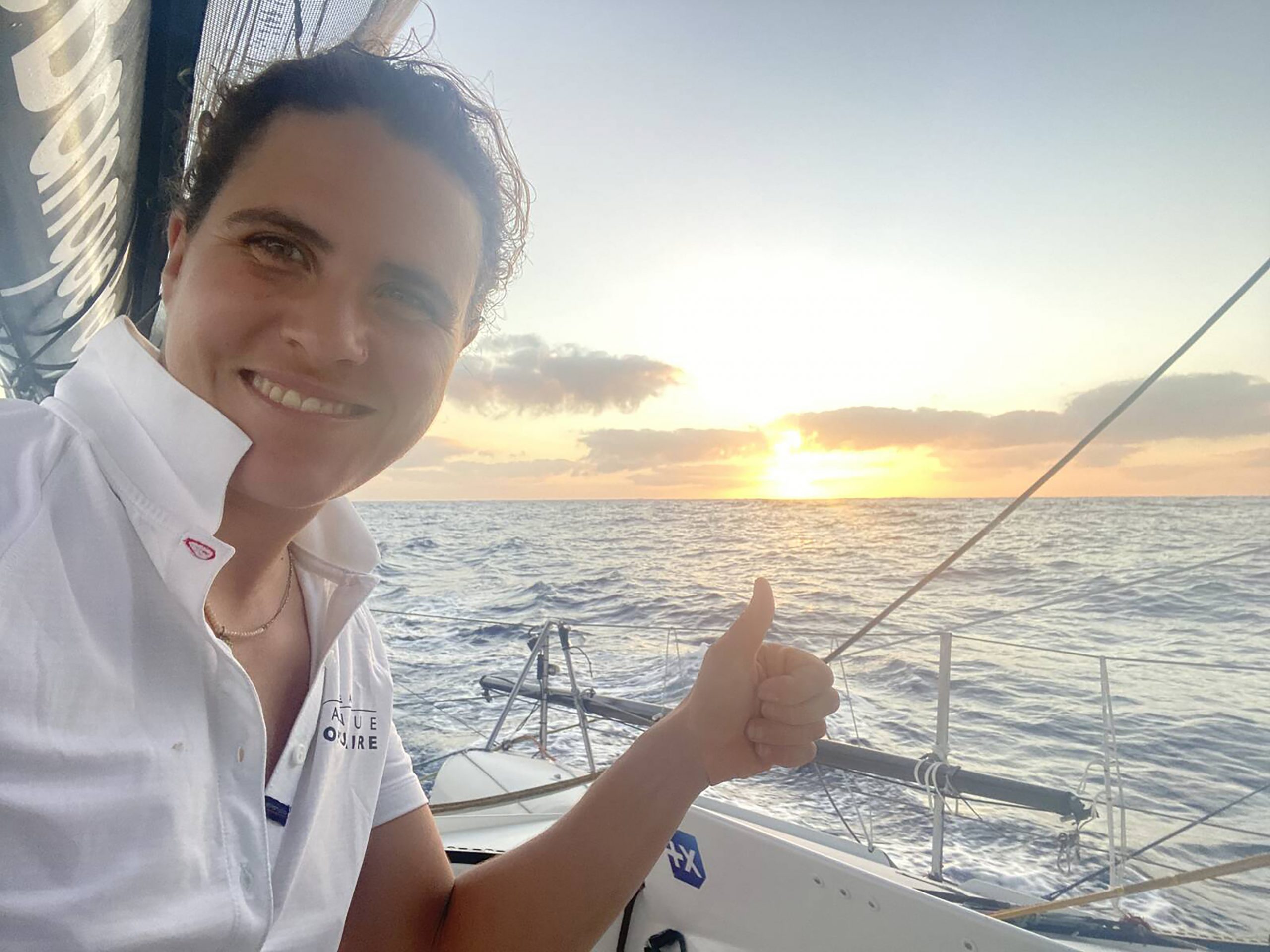 Photo sent from aboard the boat Banque Populaire X during the Vendee Globe sailing race on January 26, 2021. (Photo by skipper Clarisse Cremer

Clarisse Crémer, the 31 year old French skipper of Banque Populaire X, should cross the finish line of the Vendée Globe shortly to finish in 12th place.

For the prodigious skipper who seven years ago had not even sailed her first Mini class race, it will be the high point of her rapid rise through the ranks in solo ocean racing, an extreme sailing discipline she chose over a career in business. As she passes the finish line off Les Sables d’Olonne, she should break Ellen MacArthur’s 20 year old race record of 94 day and 4 hours.

Sailing prudently across the Bay of Biscay, moderating her speed in accordance with the strong winds and big seas of another big winter Atlantic depression, Crémer is expected to break the line on Wednesday afternoon in five metre seas. She said today that she is on high alert, especially as she is approaching the finish on a similar course to that of Germany’s Boris Herrmann who hit a fishing boat at 90 miles from the finish. “Boris’ story gave me a shock. I will have to be on the lookout until the finish,

“I have crossed the lanes and they were busy and I just had to slow down at one point to let a cargo ship pass. I can see them on the AIS so it is OK just now. It will not be easy to slow down in 30 knots of wind so I think I will be under 3 mainsail reefs only and I will try to accelerate to aim for a finish tomorrow afternoon. It's not easy to predict an exact finish time, it's a new exercise! “

Similarly big sea and wind conditions are making it tough for Jérémie Beyou approaching the Azores: Initially expected Friday night the ETA of the skipper of Charal has slipped to Saturday. To his north, and very slightly behind in the distance to be covered to the line (1,217.8 miles in the 3pm classification, 19 more than Beyou), Romain Attanasio is experiencing the same weather scenario. They are nursing tired, worn out bodies and boats and really now just want to be finished.

In the group of six forced west by the break up of the Azores High, the extra miles are painful for Pip Hare whose 21 year old Medallia lacks power and any kind of creature comforts in the hard reaching conditions. “It is a grind physically just trying to exist.” said Hare this morning while working her way through her back catalogue of 1990s music, top of the playlist today being the hits of The Cure.