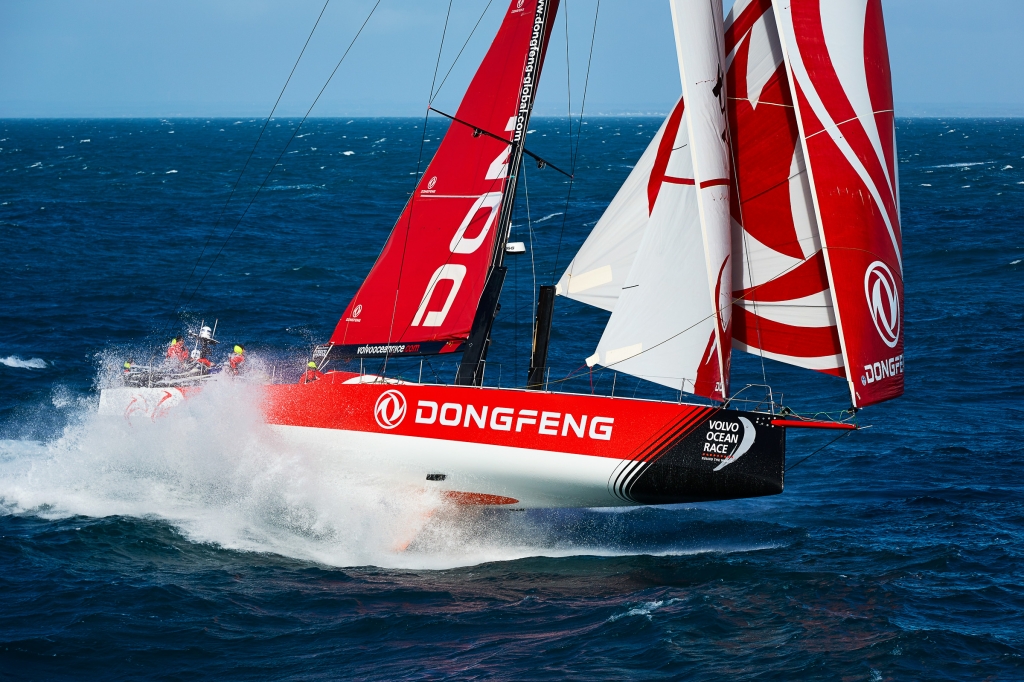 Jérémie Beyou, fresh from his third place in the Vendée Globe, will swap solo sailing for the sport’s toughest team challenge, after the Frenchman was announced as part of a trio of world-class sailors joining Dongfeng Race team for the Volvo Ocean Race 2017-18.

Bannatyne, a seven-time Volvo Ocean Race veteran with three wins under his belt, and Wislang, who has competed three times and lifted the trophy with Abu Dhabi in 2014-15, know all too well just what it takes to be competitive in sailing’s leading offshore challenge.

But Beyou, a 40-year-old, three-time Solitaire du Figaro winner from Larmor-Plage in Brittany, who is used to racing around the world alone on his Open 60, Maître Coq, recognises that life onboard will be a very different experience for him.

“I will have to get used to being one of a team of sailors on board,” he said. “It’s a really exciting challenge. We have high expectations for a result in this race and we have exactly what we need to do well.

“Dongfeng is an interesting team because we have people of different ages, nationalities and backgrounds – people from single-handed racing, from dinghy racing and veterans of the Volvo. There is a great spirit on board and everyone is helping each other – it’s a great feeling.”

Caudrelier, who skippered Dongfeng Race Team to a podium finish in 2014-15, believes that the depth of experience held by Beyou, Wislang and Bannatyne across multiple offshore sailing disciplines will combine well with his Chinese and international squad to form a powerful racing team.

“You could not ask for more in terms of experience and miles under the keel,” said Caudrelier. “In Stu and Daryl we have two of New Zealand’s very best offshore racers who know the Volvo Ocean Race inside out. Jérémie may be new to the race, but we are delighted to give him this opportunity and I have huge respect for what he has achieved. In a one-design fleet of Volvo Ocean 65s, having specialist Figaro sailors like him on board is invaluable.”

Caudrelier revealed that Wislang will be a watch captain on Dongfeng.

Both Beyou and Bannatyne will sail during the race, with Bannatyne likely to be on board for the main Southern Ocean legs.

“Daryl is a proven offshore warrior,” said the skipper. “Stu has so much experience to share – especially with our younger sailors – and Jérémie is eager to learn about, what for him, is a new challenge.”

Bannatyne first sailed it in 1993-94 onboard New Zealand Endeavour and his love for Southern Ocean is as strong as ever.

“The big thing with the Volvo Ocean Race for me is the fast downwind sailing, having no bottom mark to worry about going around, and then of course the camaraderie of the team,” he said. “And I love being offshore and trying to get the best out of the boat.

Wislang is eager to continue his “love affair” with the race – and is particularly looking forward to sailing with Caudrelier.

“I’ve always had a lot of time for Charles and I know what he did with Dongfeng last time and how good a skipper and team leader he is,” said Wislang.

The team is currently settling into its permanent base at Lorient in Brittany after delivering its newly-refitted Volvo Ocean 65 there from Lisbon last week. Further crew announcements will be made in the next few weeks.

Born May 20, 1981
Lives in Wellington, NZ
Four previous Volvo Ocean Races and winner in 2014 with Abu Dhabi
On board Comanche as it set the world 24-hour distance record in the Translatic Race in 2015 and later won the Sydney to Hobart